Isaac Smith admitted he was delighted by a ‘huge’ first victory for the JW Bird Motorsport team in the latest rounds of the Quaife MINI CHALLENGE at Croft.

Smith went into the weekend sitting tenth in the standings and was hoping to bounce back from a tough weekend at Knockhill, where a high-speed accident in the final race had left his car extensively damaged.

With the damage not fixable in time for the Croft meeting, Smith switched into a loaned car for the North Yorkshire double-header and was on the pace from the outset; qualifying seventh on the grid with a time just under three tenths of a second away from pole.

Moving up a spot on the opening lap of race one, Smith would run in sixth place throughout with that result putting him third on the reverse grid for race two.

Clearing Ru Clark on the run to Clervaux, Smith then took the lead when Ronan Pearson ran wide through the gravel before a brief stoppage due to an incident behind.

Retaining the lead after the action resumed behind the safety car, Smith suffered a huge scare when he ran off track at Sunny Out on the first flying lap but was able to retain his place at the front, seeing off the challenge of Max Bird on the final lap.

It marked Smith’s second JCW win and was a first win for the team at the end of a weekend that had started in difficult fashion following Matthew Wilson’s dramatic roll in qualifying.

“This is a huge result for JW Bird as it’s their first win and it’s my second, so it means a lot,” he said. “I can’t thank the team enough because it wouldn’t have been possible without them.

“I gave myself a scare after the restart because I thought I had more heat in the tyres and I was close to throwing it all away. I knew I was running wide but I didn’t think I’d go that wide, and when it dipped off track, I thought ‘this isn’t good’. I wondered where the splitter had gone and going into the chicane on the next lap, I heard a big bang and from that point, I was worried whether I’d make it!

“We’ve had a tough season with the car we started with, and then we had the accident at Knockhill and it was clear it couldn’t be fixed for this meeting. I wouldn’t have been here this weekend if MINI CHALLENGE hadn’t loaned us a car for this round and it’s been fantastic from the very start, so a huge thank you to them.”

To cap a strong weekend for the team, Ru Clark secured top rookie honours in both races, and also secured an overall podium in race two following a post-race penalty for Max Bird. 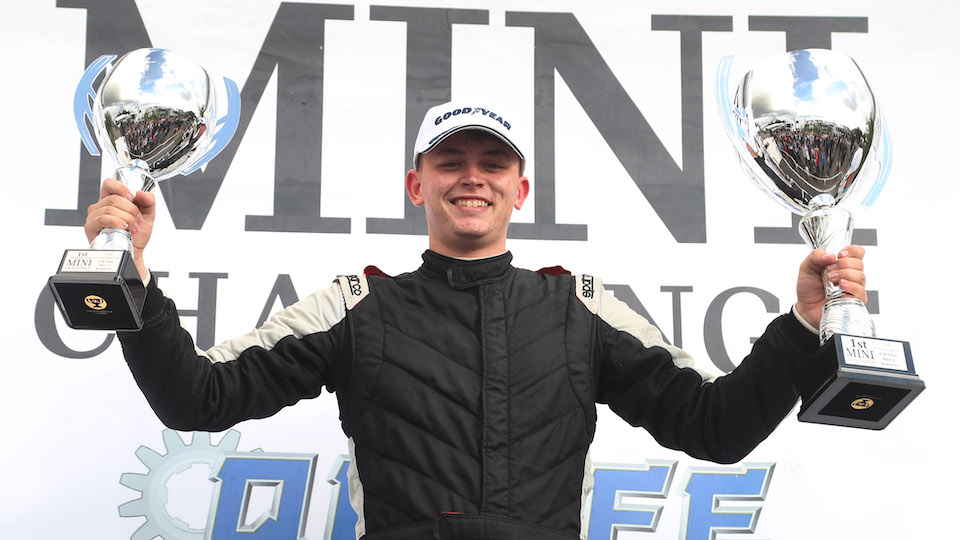 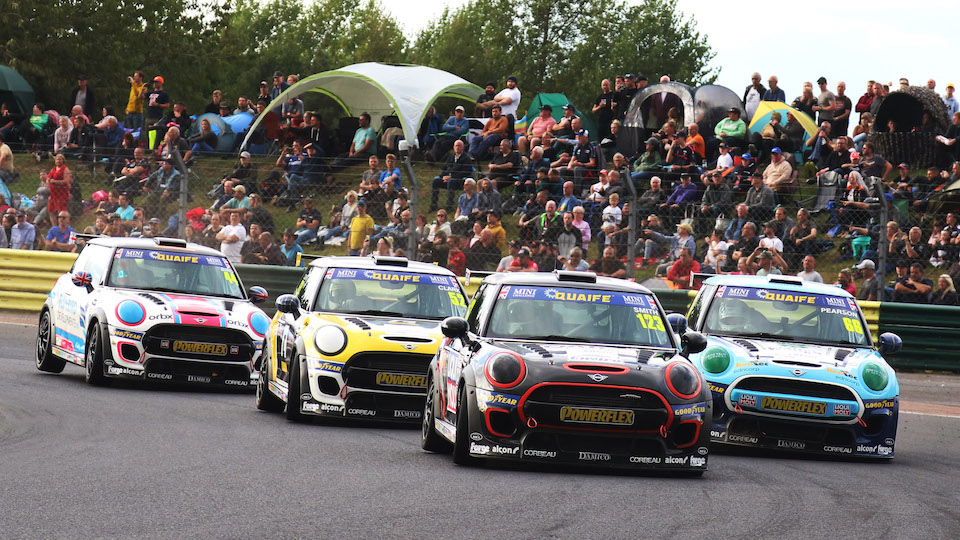 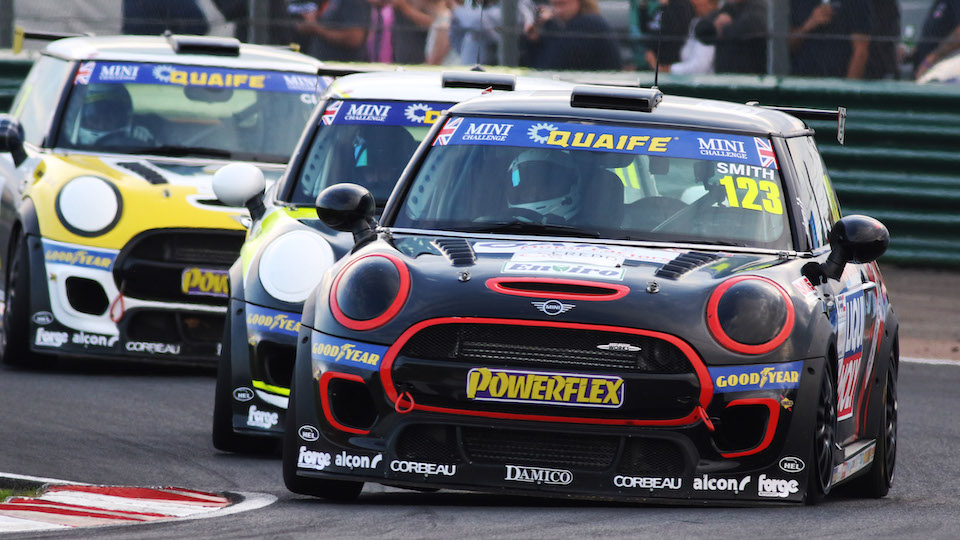