Isaac Smith made the most of an impressive start to the second race at Croft to secure his first victory of the Quaife MINI CHALLENGE season.

The race kicked off with Ronan Pearson on pole following an amendment to race one, with Sam Weller – who had finished eighth to secure the reverse grid pole – being handed a penalty for gaining an unfair advantage.

Pearson held the lead as the field headed down to turn one for the first time ahead of a fast-starting Smith from the second row, but Pearson then ran through the gravel on the exit or the corner to allow Smith to nip ahead.

Behind however there were issues for a number of drivers, with Callum Newsham and Hannah Chapman both going off into the gravel, and three cars then colliding at the chicane.

That incident was triggered by Sam Weller being tipped into a spin as he diced for position with Dan Zelos, with the Hybrid Tune car then clipping the tyre stack on the edge of the circuit before being collected by Ethan Hammerton and James MacIntyre.

Weller, Hammerton and MacIntyre were all forced out on the spot, with Newsham’s car also needing to be recovered from the gravel as the safety car was deployed and the race then red-flagged. Zelos was later handed a five place grid penalty to be taken at Donington Park for the incident, and also lost 30 championship points.

With all four cars removed from the circuit, the action resumed over a shortened ten minute distance with a lap behind the safety car, with Smith leading Pearson, Ru Clark, Max Bird, Lewis Brown and Max Coates as the top six.

Smith held station at the restart as Pearson came under pressure from Clark for second spot, with Smith then having a wild moment at Sunny Out as he ran across the grass – holding onto the lead thanks to the fact that Pearson had dropped back whilst defending his position.

Behind, Bird cleared Clark for third spot, and when Brown then tried to follow through going into turn one, the LDR man clipped the kerb and went into a spin across the gravel.

Aware of the need to make up ground to try and score more points to close the gap to Zelos in the standings, Bird tried to find a way ahead of Pearson into the complex but couldn’t make the move stick.

Going into Tower on lap six however, Bird was able to get ahead when a light tap on the rear of Pearson’s car put the LDR driver off line – resulting in him slipping back down to eighth spot.

Bird then set off to chase down Smith at the front as Clark defended what was now third place from Coates, only for the home favourite to dive down the inside the hairpin on lap seven. Bird would close in on Smith as the laps ran down but despite closing onto the rear of the leader, it was Smith who held on to grab the win by just two-tenths of a second.

“We had been struggling this season a bit but the new car this weekend after the crash at Knockhill has been fantastic,” he said. “I had a scare when I ran off track but after that, I got my head down and to get the win for JWB is great.”

Coates rounded out the podium to secure a popular top three finish at his home circuit ahead of Clark, who wrapped up the Rookie class win for the second time in the weekend, with Jack Davidson and Zelos rounding out the top six.

The pair would run together throughout the race and took the flag ahead of Graduate Cup winner Liam Lambert – who came through well from 17th on the original start – and a disappointed Pearson. He would end the race with a smashed windscreen after being hit by a circuit marker thrown up by Lambert’s car at the Jim Clark Esses, with the top ten completed by Robbie Dalgleish and Oliver Barker.

Post race however, there would be a change to the result after Bird was hit with a penalty for the contact with Pearson, which dropped him down to seventh in the end results. Lambert was also hit with a time penalty that dropped him to ninth.

As a result, Coates and Clark would complete the podium ahead of Davidson, Zelos and Pearson with Dalgleish moving up to ninth.

Both Jim Loukes and Joe Tanner failed to make the start with mechanical issues. 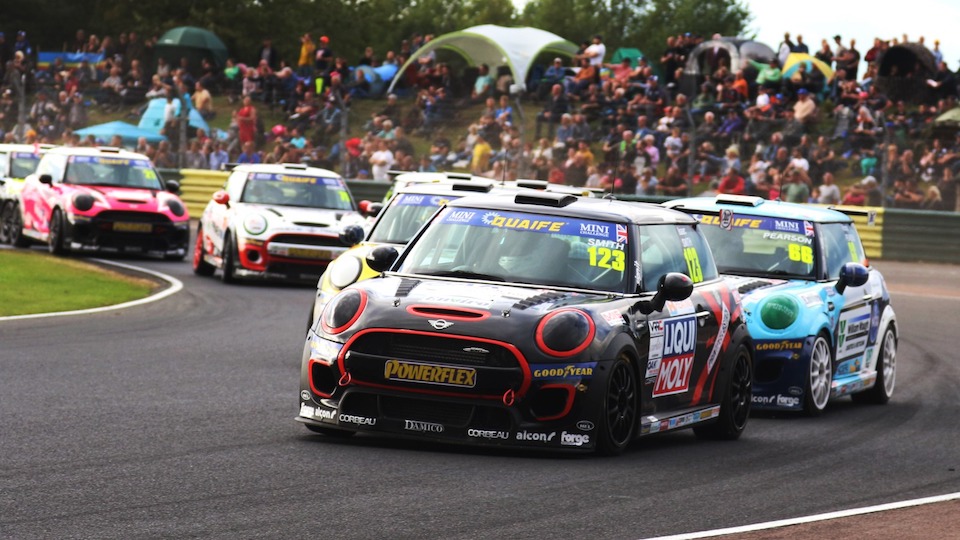 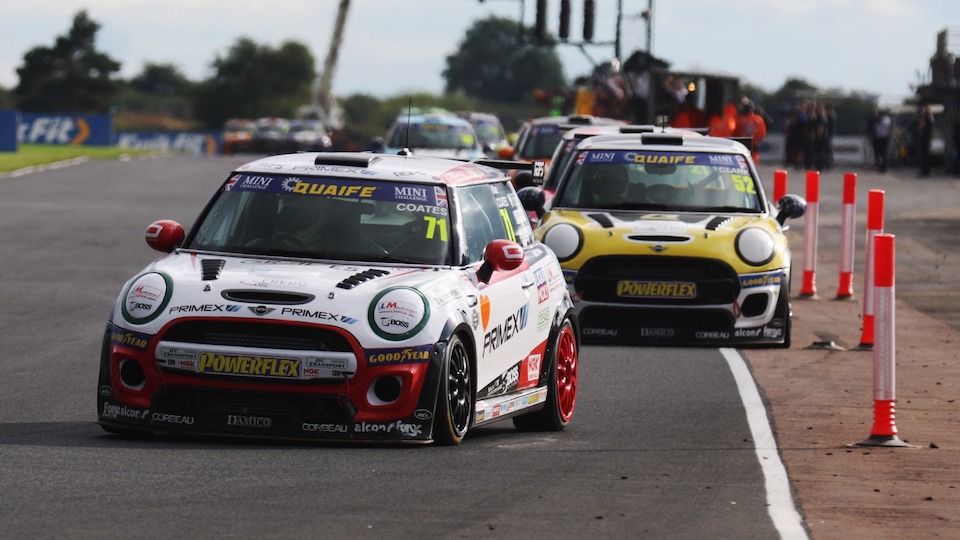 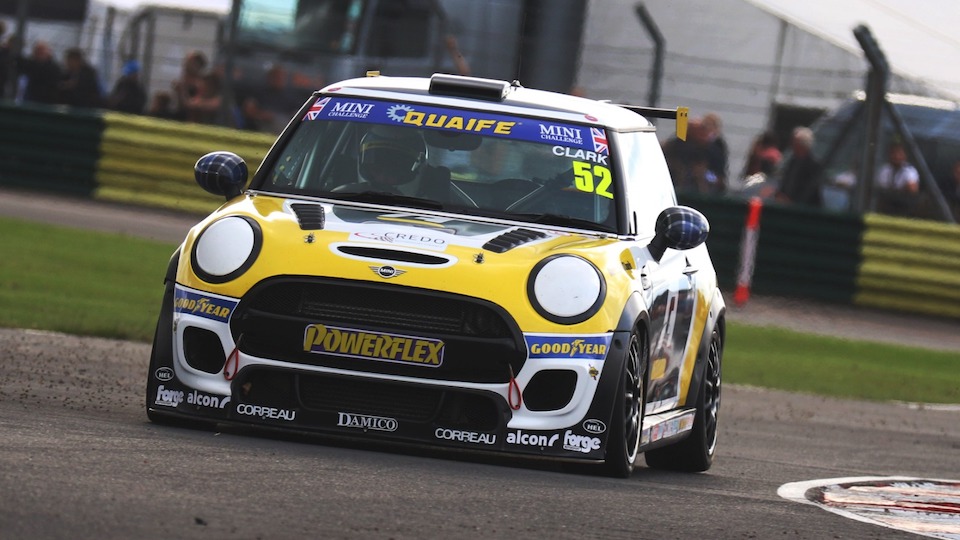