HOW THRUXTON SET UP A FASCINATING COOPER FINALE

As the JCW field prepares to head for Croft next weekend for the first time, the Quaife MINI CHALLENGE Trophy runners will have an extra week to prepare for the big finale at Silverstone, where the titanic battle to decide who will be crowned 2021 champion will draw to a close.

Mathematically, there are still more than 150 points up for grabs when the series heads for the ‘Home of British Motorsport’ although in realistic terms, the title fight is now pretty much a three-way affair, with Louie Capozzoli leading the chasing pack hoping to take advantage of any dramas that might befall the three drivers ahead.

Defending champion Harry Nunn leads the way in terms of points scored, with a buffer of 27 points over Dominic Wheatley and 62 over Matt Hammond. However, take into account the two dropped scores for each driver and those gaps drop dramatically.

In fact, heading away from Thruxton, Nunn and Wheatley sit level on points and are only split by the fact that Nunn has a win to his name at the Hampshire circuit earlier in the season whilst Wheatley has still to make it onto the top step this year.

Hammond meanwhile is only 15 points behind in third, but as Thruxton showed, anything can – and very likely will – happen in the final three races.

Heading into the penultimate weekend of the year, it was Wheatley who topped the standings – both overall and after dropped scores – on the back of a strong showing on home soil at Croft, where the PerformanceTek Racing man had picked up his seventh podium finish of the campaign.

EXCELR8 racer Hammond had held the lead from the opening meeting of the year at Snetterton but dropped down to second spot by a point, with Nunn returning to Hampshire 20 points down on Wheatley in third.

The Saturday qualifying session would prove to be something of a mixed back around the fastest circuit on the calendar, with Wheatley able to secure fourth spot and Hammond qualifying in seventh, although a penalty for Lee Pearce would mean he would actually line up sixth for the opening race of the weekend.

Nunn however would be left with plenty of work to do from 14th on the grid, although he went into the first race later in the day well aware that overtaking at Thruxton was easier to achieve than at many circuits on the calendar.

Proving the point, it was Nunn who emerged from the race as the best placed of the trio after taking advantage of a chaotic final lap that saw a number of drivers clash at the chicane. The AReeve Motorsport racer had been twelfth starting the penultimate lap, but avoided the incidents ahead to grab a spot on the podium after Alfie Glenie was handed a penalty.

Hammond and Wheatley had both been in the mix for victory throughout, and although Hammond would take fourth, a spin on the final lap after contact saw Wheatley drop down to 14th spot having been running in the top three.

The tables then turned in race two as Wheatley was the driver who came through the field to finish ahead of his title rivals, fighting up to twelfth spot before a late caution brought the racing action to an end. Both Nunn and Hammond however would hit trouble at the start, with Nunn struggling to get away from the line and Hammond pulling off shortly after the start with clutch failure. Nunn would drop down as low as 20th in the early stages, but recovered back through to twelfth place.

It looked like Wheatley was going to drive home his advantage in race three as he ran in the top three in the early stages, but in a race shortened after a shunt involving Clark Wells at Church, he would be forced into retirement when an engine issue resulted in him pulling off the circuit.

“Qualifying went well but then contact in race one meant I ended up in the tyre wall before getting back on track to finish 14th,” he reflected. “Race two was a real highlight after a great start but then a weekend of ups and downs was cut short by engine failure in race three.

“We deserved more from the weekend but we’re still right in the hunt for the title going to Silverstone, which is the most important thing.”

Instead it was Nunn who came through to score best of the three in sixth spot, moving up into eighth on the opening lap and then managing to make up enough spots before Wells’ accident to snare the championship lead on count-back.

“We had a few problems across the weekend, but it turned out to be quite consistent in terms of scoring points for the championship,” he said.

“I’m feeling confident about my chances going to Silverstone, and hopefully it can be a top weekend to end the season.”

Hammond meanwhile was able to make it up as high as 14th from the back of the grid in the limited running to ensure he remains in touch in the title race.

“Sadly our bad luck continued, but to be third in such a competitive championship after three retirements shows our pace,” he said. “The team did a fantastic job all weekend but it didn’t go our way and things can only get better. Roll on Silverstone, and let’s make it a good one!” 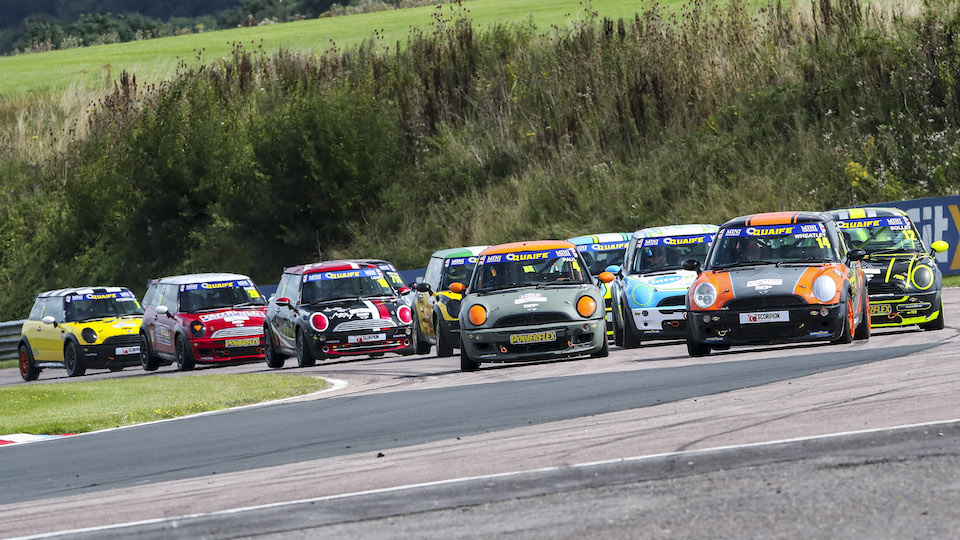 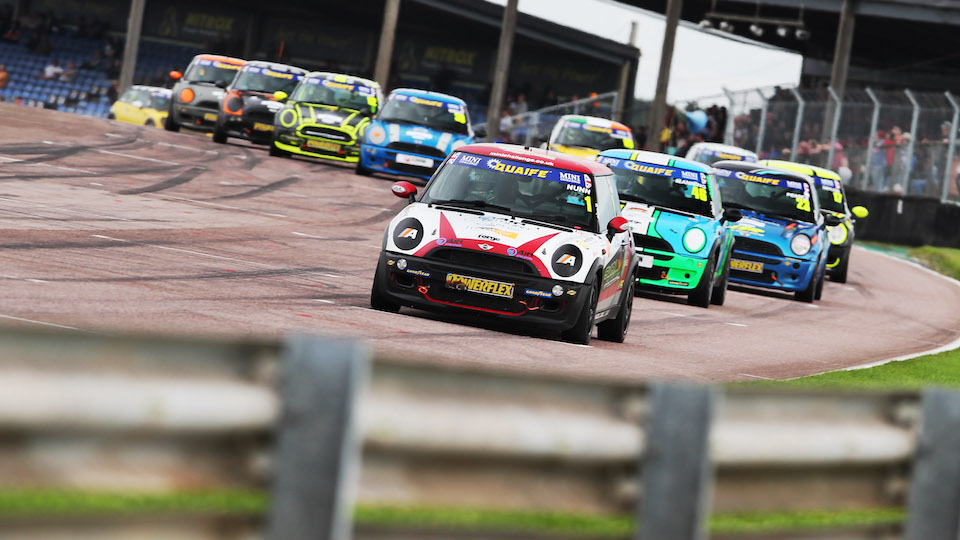 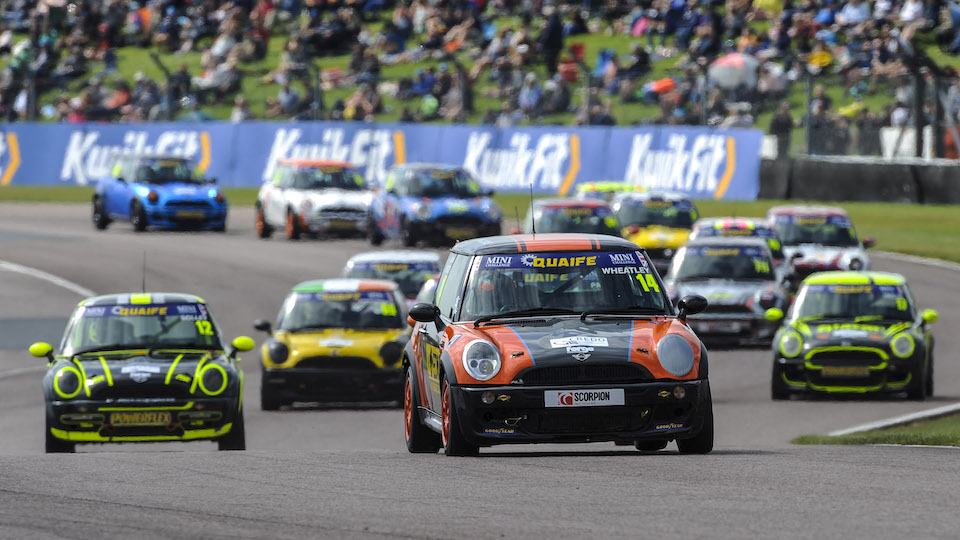 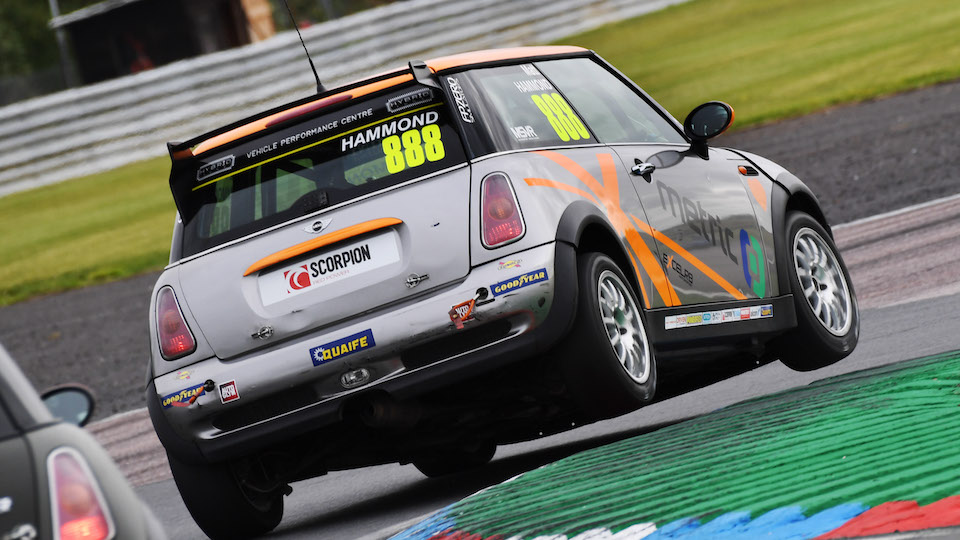