Louie Capozzoli put the memory of his dramatic roll earlier in the season firmly in the past with victory on his return to Thruxton as the penultimate weekend of the Quaife MINI CHALLENGE Trophy season kicked off.

The opening 20 minute race would prove to be an action-packed affair throughout the field and ended with the LDR Performance Tuning man taking his maiden win in the series at the circuit where his season could have come to a premature end back in May.

The race had started with Charlie Mann on pole after topping the times in qualifying and he managed to hold onto the lead when the lights went out to lead the field into the complex for the first time ahead of Glenie and championship leader Dominic Wheatley, who managed to jump ahead of King.

As drivers made full use of the slipstream coming up Woodham Hill, the fight for the victory would quickly develop into a multi-car affair, with the positions at the front changing lap by lap.

Although Glenie moved ahead of Mann part way through lap two, Wheatley hit the front on the run to the chicane when he out-dragged Glenie up the hill only to then find himself run off line on lap three as he dropped back down to fifth.

Instead, it was Capozzoli who moved to the front as he battled with Mann and Glenie into the chicane, only for the places to swap again a lap later as Mann and Glenie dived ahead at the final corner.

With Wheatley running behind in fourth, the top four managed to briefly break away from the pack behind, with Lewis Saunders and Matt Hammond finding themselves dicing over fifth spot; Saunders having charged his way through the field from 13th on the grid.

The positions would then remain static amongst the leading four through to lap eight, when Capozzoli nosed ahead of Glenie through turn one, with Wheatley then following through into third spot.

Wheatley emerged from lap nine back at the front of the pack after he, Glenie and Capozzoli all got ahead of Mann out of sight round the back of the circuit, before Capozzoli pushed hard to find a way through at the chicane, with Glenie taking to the grass to follow him through.

The points leader wasn’t prepared to settle for third however, and on the penultimate lap, he cleared Glenie at the complex and then took the lead on the run up the hill, only to then slip back to third at the final corner when a tap from Glenie saw him get out of shape and drop down in the pack behind.

That left Glenie out front going into the final lap but Capozzoli launched his move and took the lead mid-way round the lap before the leading the field up the hill. Whilst Glenie tried to find a way through, Capozzoli put his car in the perfect position to defend the lead and crossed the line to snare a first win in the series.

“I’m over the moon with that, particularly after what happened when we were here earlier in the season,” he said. “That’s as much for the team as it is for me, and I’m delighted to get my first win in such a tight race.

“We knew it was going to be tough and I had to stay in the top five to be in the mix, but it never really settled down. It’s so strange as you don’t really want to lead on the run to the final corner so to be able to get the move done before then and hold on for the win is great.”

Behind however, there would be drama in the chasing pack as a gaggle of cars came up to the final chicane for the final time.

Going into the final lap, Hammond had made a move on Wheatley to take third going through turn one, but was then run out wide going through the lap when King went inside the pair through Thruxton’s fast, sweeping turns to ultimately snare third spot.

That left Hammond slipping down the order through Church and going up Woodham Hill but it proved to be a blessing in disguise when the field headed into the chicane and there simply wasn’t enough space for the cars doing battle.

Going into the chicane, Wheatley was tagged from behind by Pearce going into the right hander, and then contact with Taylor into the left hander saw the PerformanceTek Racing man spin off into the barriers.

Taylor’s car also went into a spin and collected Pearce, who ended up in the barriers on the outside of the circuit, with Saunders also making contact with Taylor and being forced out on the spot with damaged suspension.

Polesitter Mann would also slide off and nudged into Wheatley before the pair were able to rejoin to take the flag along with Taylor’s damaged car, with Alex Solley also sustaining damage as the field behind were forced to jump on the brakes.

Astonishingly, that late drama meant it was defending champion Harry Nunn who crossed the line in fourth place, having spent much of the race running just outside the top ten, with the AReeve Motorsport man making up eight spots on the final two laps.

Hammond would take the flag in fifth spot ahead of Morgan Wroot, Tom Ovenden and Alex Jay – all of whom had been fighting in the lower reaches of the top ten before avoiding the final lap chaos.

Solley, despite his damage, and Mike Paul then rounded out the top ten, with Wheatley and Mann crossing the line down in 14th and 15th.

Post-race however, there would be a number of investigations into incidents on track, one of which resulted in a revision to the podium finishers.

Glenie was deemed to be at fault for the clash with Wheatley at the end of the penultimate lap and was handed a five second time penalty that dropped him from second place down to sixth and moved Nunn up into the podium places, whilst both Taylor and Pearce would be given penalty points for their clashes with Wheatley a lap later. 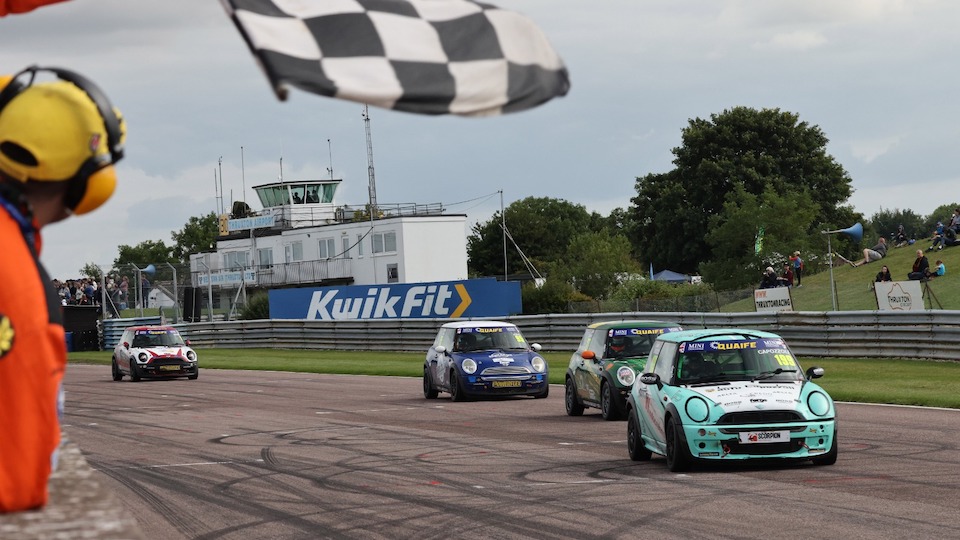 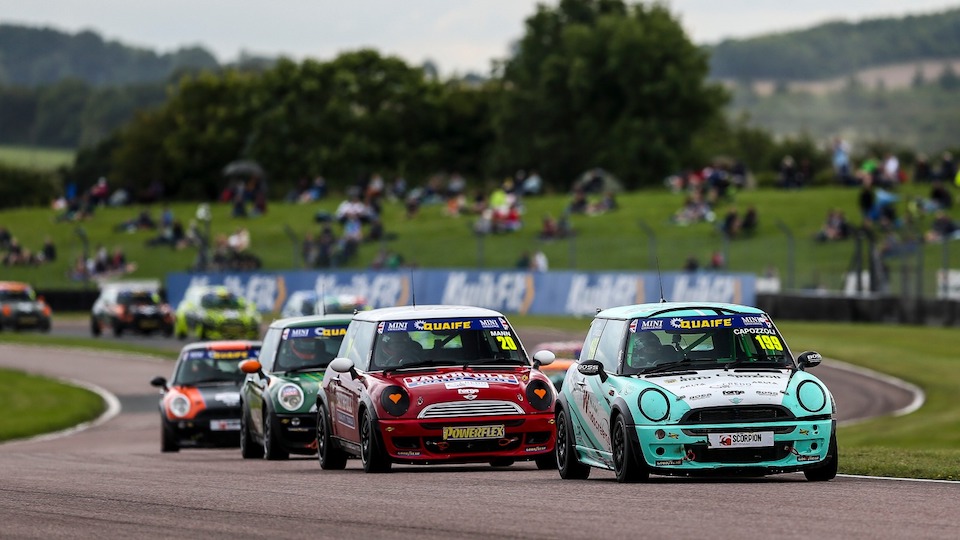 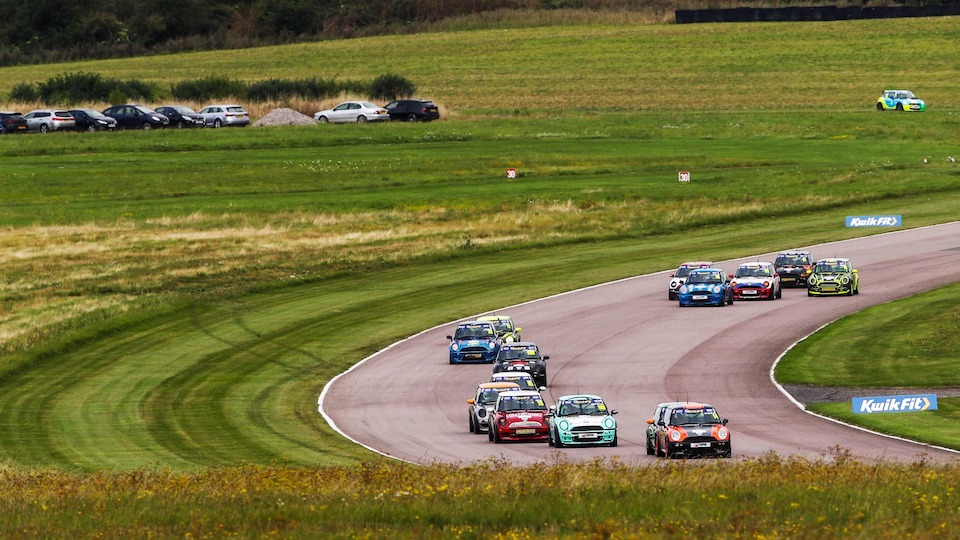