Mark Dickson says he hopes to be able to return to the Quaife MINI CHALLENGE in future after a bruising debut in the series at Knockhill.

Dickson, a regular in the Scottish Fiesta ST Championship, joined the grid for the race weekend with LUX Motorsport and produced an encouraging set of results in Friday testing to put himself 13th on the times as the leading Directors Cup entrant.

Things took a turn for the worse in qualifying however when, having completed just four laps, Dickson was involved in a dramatic roll at the bottom of Duffus Dip that ended with his car coming to rest in the gravel at McIntyres.

Extensive damage forced him to sit out the opening race as the car was taken back to the team’s base near Glasgow for overnight repairs before Dickson was able to join the grid for the two Sunday encounters; albeit with the car still carrying plenty of battle scars.

Although unable to make it to the finish of race two, Dickson secured a 24th place finish in race three and said he would now love the chance to return to the grid in future to show what he can do on track.

“Racing the JCW was totally different to the Fiesta and it’s been very costly for me, but I’ve still had a good time,” he said.

“I’ve raced around Knockhill in the Fiesta quite a few times and the lines you need to take are totally different. Going into qualifying, someone told me I should be a bit further to to the left so I tried the line but the the tyres hadn’t come in enough and that was it – over I went!

“The team knuckled down and did their stuff and they did a great job to get the car fixed and back out on track for Sunday. There was no rear wing and I was missing a window – which meant it was like a kite going down the straights – but I just kept on pushing as much as I could.

“It’s not the weekend I was expecting, but I’d love to come back and have another crack to show what I can do.” 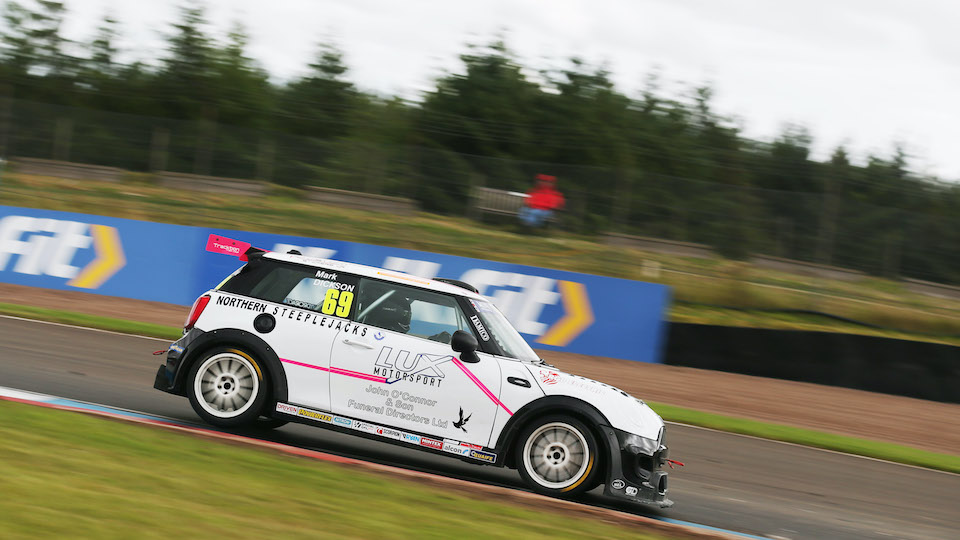 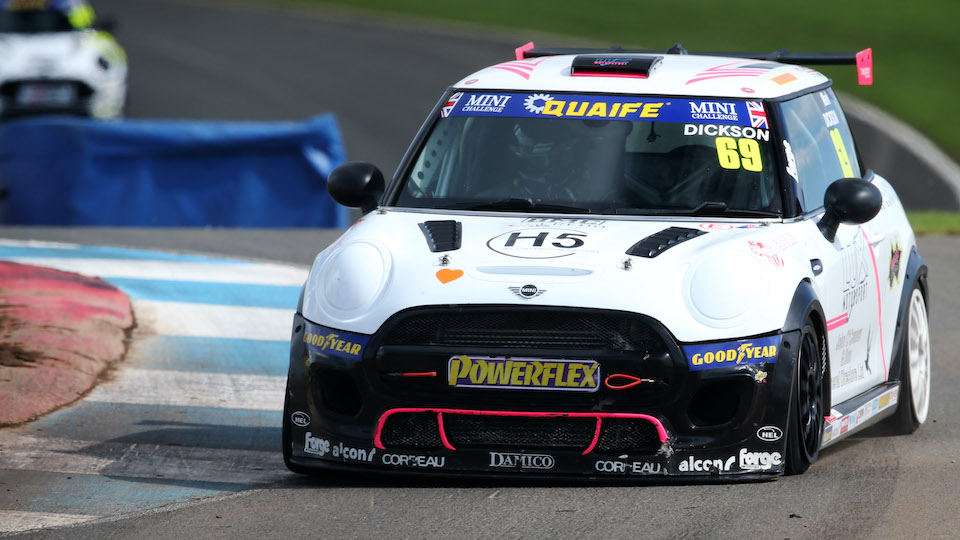