Jack Davidson admitted that the support of the home fans had given him an extra boost on track after recording his first win of the Quaife MINI CHALLENGE season at Knockhill.

The Scottish racer had shown flashes of speed during the opening stages of the season, most notably at Brands Hatch where he raced through to third in race three, and arrived at his home circuit as one of ten local drivers seeking to impress.

Fourth place in qualifying marked a best result of the campaign to date for the LUX Motorsport driver and he would finish in the same position in the opening race of the weekend before improving to second behind Dan Zelos in race two.

The final race of the weekend was where Davidson would really shine however, with his distinctive pink car on a charge from sixth spot on the grid as soon as the lights went out.

Having fought his way up to third place, Davidson would make one of the moves of the day to go around the outside of Ethan Hammerton into second at Duffus Dip and then timed a cutback on leader Max Coates to perfection to move into the lead.

From there, Davidson was holding station at the front when Isaac Smith’s high-speed trip into the tyres at the final corner saw the race end behind the safety car.

With dropped scores taken into account, Davidson now sits third in the points and is only one behind Hybrid Tune’s Sam Weller.

“Knockhill was a great weekend, and the final race was so exciting with some good, hard, door-to-door racing,” he said. “Having a big Scottish crowd watching on – including friends and family – was a massive boost, and there are no words to describe the feeling when we were coming out the hairpin and you could hear the cheering.

“That support really helped to push me on and I’ve been waiting for a weekend like this as I know where we should be in the field. We’ve had some mishaps this season, and there have been times like Oulton Park where I have been at fault, so it’s been good to have a meeting like this to really show people what I can do.

“I’d like to think that I’m quite consistent as a driver, and if we can continue to work hard as a team and make sure we keep focused, then we can hopefully stay near the front for the rest of the season.” 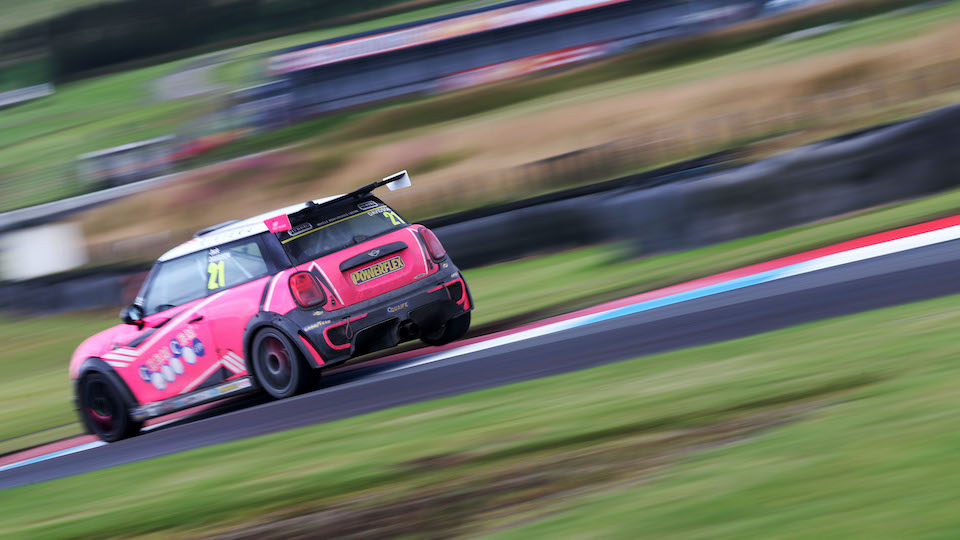