The Quaife MINI CHALLENGE will continue to be part of the biggest race weekends in British motorsport for the next five years after agreeing an extended deal to remain on the support package for the British Touring Car Championship.

The new deal, which comes into effect from the end of the current agreement, will see the highly competitive one-make series take up one of the coveted TOCA support slots until the end of 2026, and cements the MINI CHALLENGE’s status as one of the leading categories in the UK.

Now in its 20th season, the MINI CHALLENGE is well known for producing high quality action on track, attracting leading teams and drivers drawn in by the opportunity to show their skills on the biggest stage possible.

The headline JCW class features bespoke cars based on the third generation F56 MINI, which is widely regarded as being the closest thing to a full blown touring car, albeit it at a fraction of the price.

Designed and built specifically for the MINI CHALLENGE, the JCW car features a 275bhp turbo-charged engine, Quaife sequential gearbox and Goodyear racing tyres that combine to produce close and exciting racing, with a bespoke aerodynamic kit giving the cars an aggressive look as they do battle on track.

As has been the case across the last two seasons, the JCW class will race solely on the TOCA package, although which rounds will feature on the calendar for 2022 have yet to be confirmed.

The remaining dates will be taken up by the Quaife MINI CHALLENGE Trophy, which features cars based on the first generation R50 model.

The ideal first rung on the ladder for anyone wanting to move into tin-top racing, the Trophy enjoys regular grids of more than 30 cars, with drivers young and old drawn in by a combination of low build, entry and running costs, as well as the highly competitive racing provided by the 130bhp, normally aspirated cars.

The extended agreement between the MINI CHALLENGE and BTCC organisers TOCA – announced during the most recent race meeting at Knockhill – also ensures that the MINI CHALLENGE will continue to benefit from extensive broadcast coverage from ITV, with the latest deal agreed between the BTCC and ITV covering the same five year period.

Antony Williams, MINI CHALLENGE Promoter, said:
“When we announced that we had secured a slot on the prestigious and high profile TOCA package back in 2019, I was incredibly proud of how the MINI CHALLENGE had come of age, and was just as proud of my team, our partners and our drivers for helping us to achieve our aim.

“To have been able to sufficiently impress the TOCA team despite the difficult times we have all faced, and now be in a position where we can announce that we will be supporting the BTCC – with its incredible ITV coverage – for another full five years, is even more satisfying.

“This news enables us, our drivers and our teams to plan for the future, knowing the investment we all make can be rewarded for the longer term.

“Finally I would like to thank Alan Gow and his team for the faith they have in us, and the support and guidance they have provided.”

“As well, the management team behind MINI CHALLENGE are incredibly efficient, committed and enthusiastic, so it was a very easy decision for me to reward their efforts by extending their current agreement through to the end of 2026.” 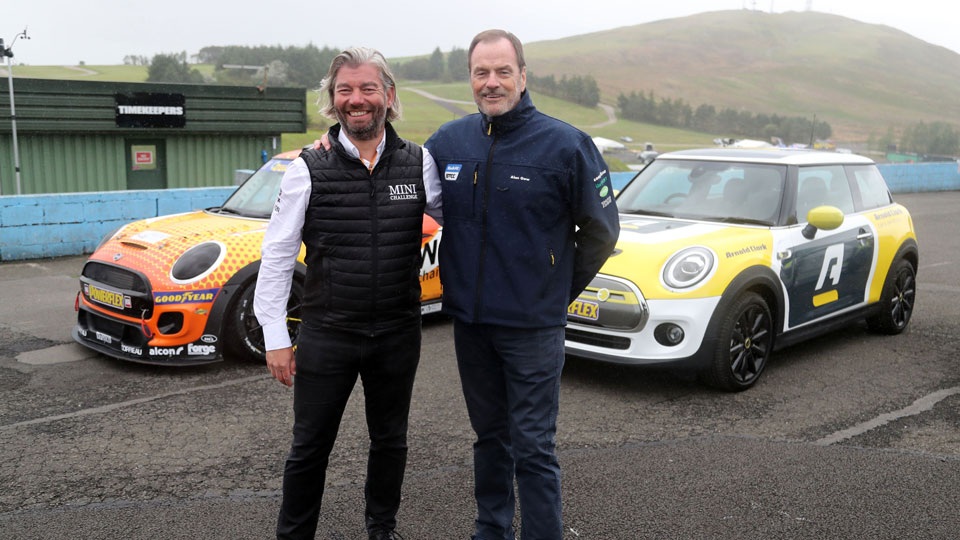