Things are getting tight in the battle for the Quaife MINI CHALLENGE title as the JCW field heads for Knockhill this weekend for the fourth meeting of the year.

The Scottish circuit featured on the calendar for the first time last season, but restrictions in place due to COVID-19 meant the maiden outing at the Fife circuit took place behind closed doors.

With restrictions in Scotland having now been lifted, a bumper crowd of enthusiastic fans will head for the picturesque circuit overlooking the Firth of Forth ready to be entertained – with a bumper grid of JCW cars sure to provide plenty of action across three races.

Leading the way going in to the weekend is someone who has fond memories of Knockhill from twelve months ago in the shape of EXCELR8 Motorsport driver Max Bird.

Bird was a double winner in Scotland last year and returns this season with a slender lead in the standings – once dropped scores are taken into account – over team-mate Dan Zelos.

So far this year, Bird has qualified on pole at all three meetings and his first goal will be to keep that run going, whilst also added to the two wins he has to his name thus far in 2021.

Zelos is just seven points behind however, and has actually scored more points than his rival before dropped scores are considered thanks to an impressively consistent campaign. Four successive podium finishes – including a win at Brands Hatch – have allowed Zelos to close in on his team-mate at the front, with the leading pair having established a slender lead over the pack behind.

Early season leader Lewis Brown is the driver who continues to give chase for LDR Performance Tuning, although he has yet to add further podiums to the two wins he secured in the opening round at Snetterton.

Brown endured a troublesome start to the weekend at Oulton Park after issues in qualifying and race one hampered his challenge, but he recovered well in race two to secure fifth spot and valuable points that keep him ahead of Sam Weller in the standings.

Brown secured the other win at Knockhill last year, and a repeat of that maiden success this weekend would help him to keep pace with the leading duo and also keep Hybrid Tune racer Weller behind.

Like Bird, Weller enjoyed a fine start to the year at Snetterton only to then lose ground with a troublesome weekend at Brands Hatch during round two. Last time out however, he returned to the podium places and could well have scored a pair of top three finishes had it not been for a penalty in race one for being out of position at the start.

Max Coates isn’t far behind for ever-improving JCW debutants Graves Motorsport, and he arrives in Scotland on the back of two fourth place finishes at Oulton Park. Coates endured a nightmare start to his season at Snetterton to be left playing catch up in the standings, but two strong meetings have seen him roar back up the order to now hold fifth spot

The top six is completed – just – by Jack Davidson, who is the leading Scottish driver in the standings for LUX Motorsport. Davidson has made up more places than any other driver this season in his distinctive pink car to indicate his strong race craft, and scored a podium finish at Brands Hatch – where he came from the back of the grid to the front across the three races.

Davidson is only two points clear of team-mate James MacIntyre, who snared two podium finishes at Brands Hatch but then suffered a tough weekend at Oulton Park after a brake issue in qualifying consigned him to the back of the grid and left him unable to break into the top ten in the two races.

Only four points cover the next four in the standings, with Jason Lockwood, Isaac Smith, Brad Hutchison and Ronan Pearson all dicing for a spot inside the top ten.

Lockwood secured his first podium finish of the season at Oulton Park, whilst Smith – the leading driver without a top three finish so far in 2021 – maintained his run of points scoring results with a pair of top ten finishes.

Hutchison was a winner at Snetterton and will want to try and return to that kind of form, whilst Pearson had to settle for a best finish of twelfth at Oulton Park, but has plenty of experience behind him going into this weekend through his day job working as a Knockhill instructor.

After heavy accidents at Oulton Park, both Jim Loukes and Oliver Barker will miss out this weekend, with Liam Lambert also not making the trip north of the border.

There are three new additions to the grid in their place however, with Kyle Reid out in action for EXCELR8 and both Mark Dickson and Steve King racing with LUX Motorsport.

The trio will all hope to impress on home soil with the number of Scottish-based racers running into double figures – all of whom will be hoping to garner plenty of support.

Joe Tanner is a familiar name with Knockhill visitors and secured pole for this event twelve months ago, whilst Hannah Chapman, Ru Clark, Robbie Dalgleish and Callum Newsham will all hope for reason to cheer. 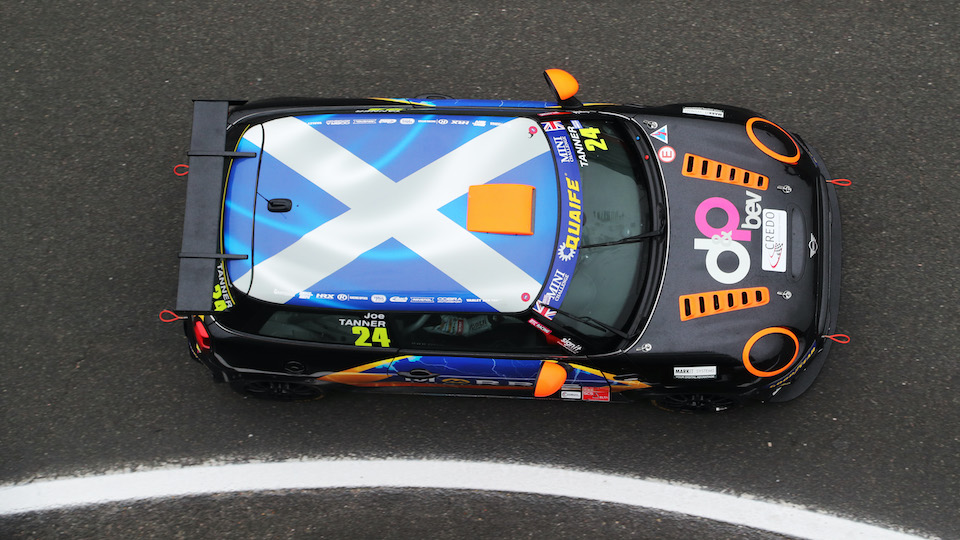 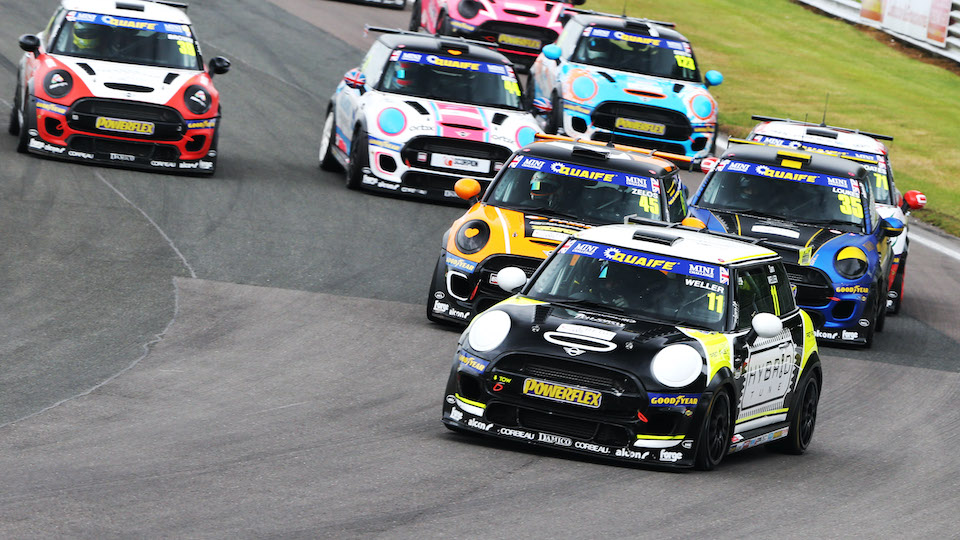 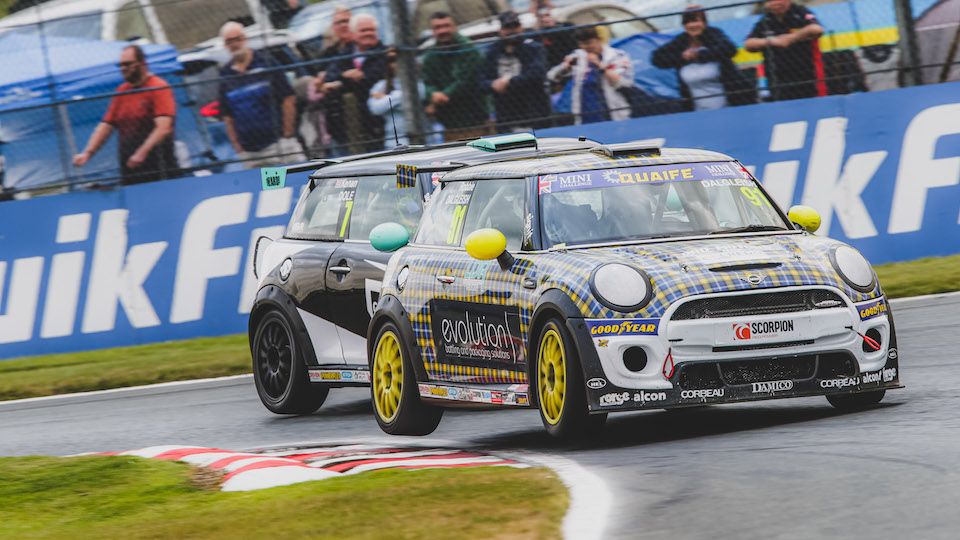 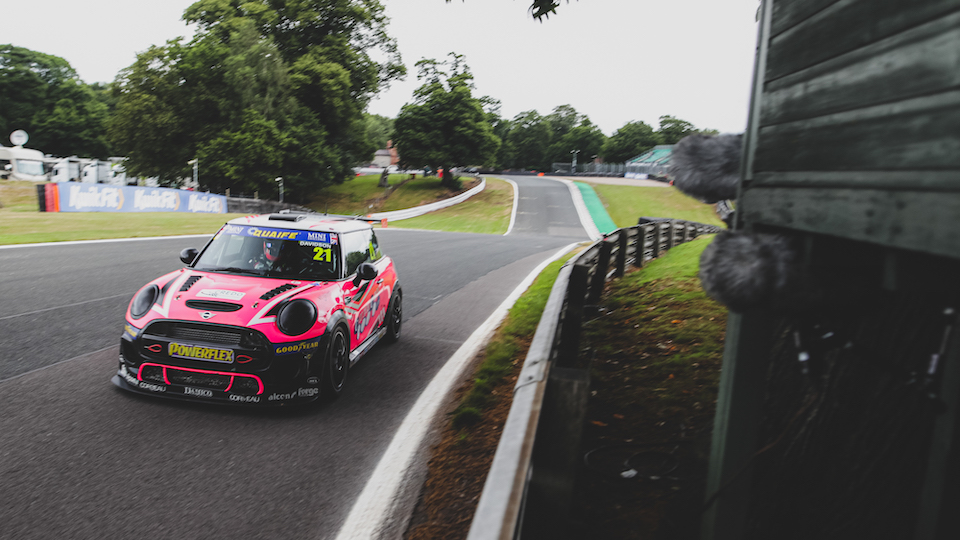