Nicky Taylor produced a battling drive in tricky conditions on track to secure his maiden victory in the Quaife MINI CHALLENGE Trophy in the second race of the weekend at Croft.

The EXCELR8 Motorsport driver had started the race from fourth place on the grid having inherited second place in race one, with drivers forced to contend with a damp and drying circuit after rain arrived at the North Yorkshire circuit.

Alfie Glenie had started the race from pole position and held the lead when the lights went out ahead of Dominic Wheatley, with Harry Nunn and Taylor slotting in behind as the leading four drivers held station.

Heading through Sunny, Wheatley made his move for the lead on Glenie to hit the front before the end of lap one, with Nunn also clearing Glenie to move into second at the start of the second lap.

When Taylor then also fought his way ahead of the polesitter, the leading three started to break away from the pack behind, with Nunn making a move on Wheatley for the lead and Taylor following him through a lap later.

Wheatley then almost fell behind a charging Louie Capozzoli, who had fought his way up to fourth from eighth on the grid and briefly got ahead into third through the Jim Clark Esses only for Wheatley to come back at him later in the lap.

The lead changed hands again on lap seven, with Taylor making his move on Nunn at Tower, with the leading six cars now running as a train – with Lewis Saunders and Morgan Wroot joining onto the rear having both cleared Glenie.

Taylor took advantage of the battling behind to start edging out a small lead at the front, with Wheatley and Capozzoli both attacking Nunn going into Tower. Wheatley was able to get ahead into second place with Capozzoli briefly taking third, only to be shuffled back down fifth before the end of the lap as both Nunn and Saunders got ahead.

Heading into the final lap, Wheatley had closed onto the rear of Taylor’s car and on the exit of Tower, he managed to get a better run to sweep into the lead of the race. However, Taylor wasn’t prepared to give up victory without a fight, and launched his car down the inside into Sunny to reclaim an advantage he would hold through to the finish – securing a maiden win by three-tenths of a second.

“I knew I had a chance in the wet as I’m normally quicker in the wet than I am in the dry,” he said. “I managed to get up into the lead and when Dom caught me at the end it was a bit like squeaky bum time, but I got the win and that is what really matters.”

Second for Wheatley – to go with his fourth place finish in race one – capped a strong weekend on home soil for the PerformanceTek Racing driver, who now moves into the championship lead after previous leader Matt Hammond had to settle for P12.

Behind him, Nunn repeated his race result with a second P3 of the weekend to also move ahead of Hammond in the standings, with Wroot taking fourth spot for Mad4MINI thanks to a last lap lunge up the inside of Saunders at the hairpin.

Wroot has managed to battle ahead of Capozzoli a lap earlier, and he would round out the top six, with Glenie and Alex Jay rounding out the top eight.

Lee Pearce took ninth but contact in the early stages of the race with Joe Wiggin means Pearce will now be forced to take a grid penalty in the opening race at Thruxton next time out. Charlie Mann meanwhile battled his way through to tenth spot to recover points after his challenging opening race.

Tom Ovenden, who lost spots early on after contact, took eleventh ahead of Hammond, with the top 15 completed by Tyler Lidsey, a recovering Wiggin and Mike Paul.

Damage sustained in race prevented both Brendan and Michael Fitzgerald from taking the start, whilst John McGladrigan retired with damage after contact from Nelson King at the complex.

Josh Porter would also fail to finish as a result of getting caught up in the incident, with the bonnet on his car dislodged for a second successive race. 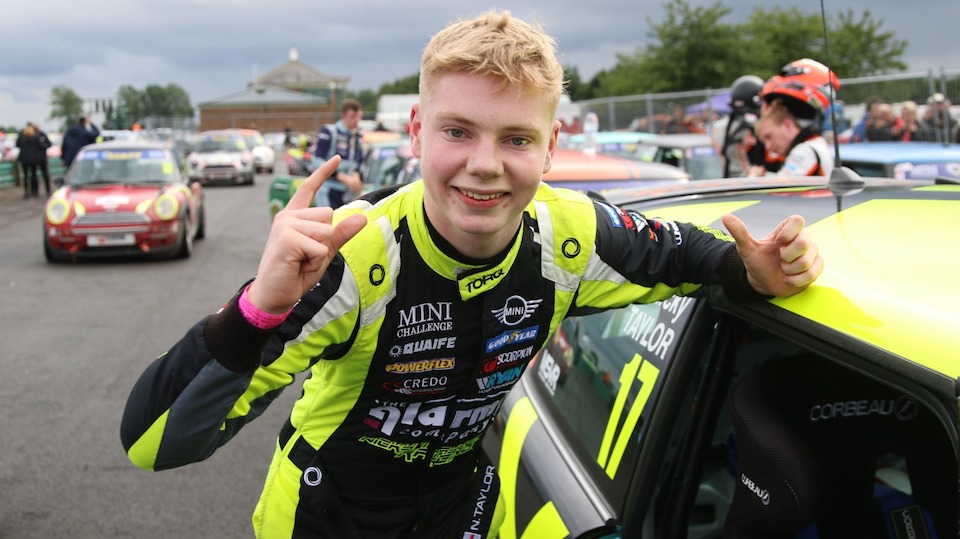 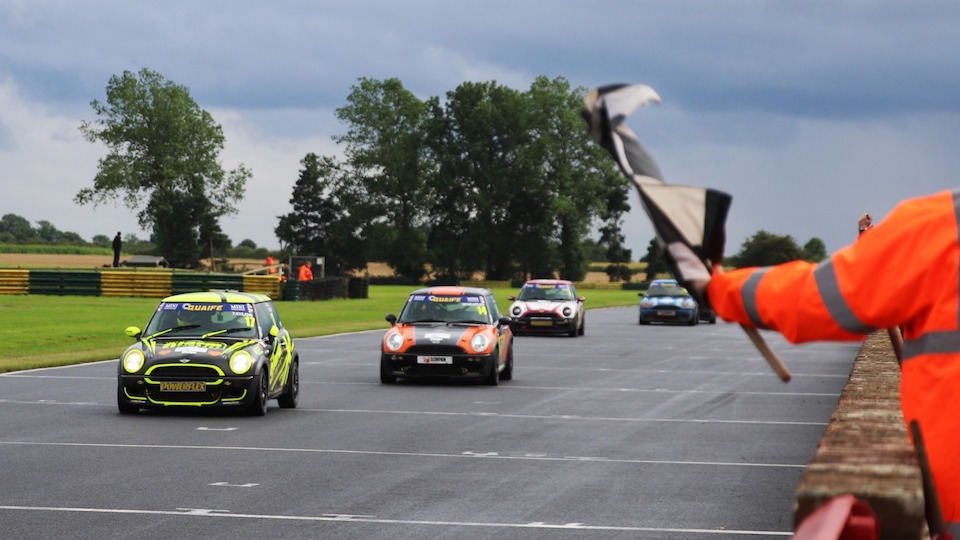 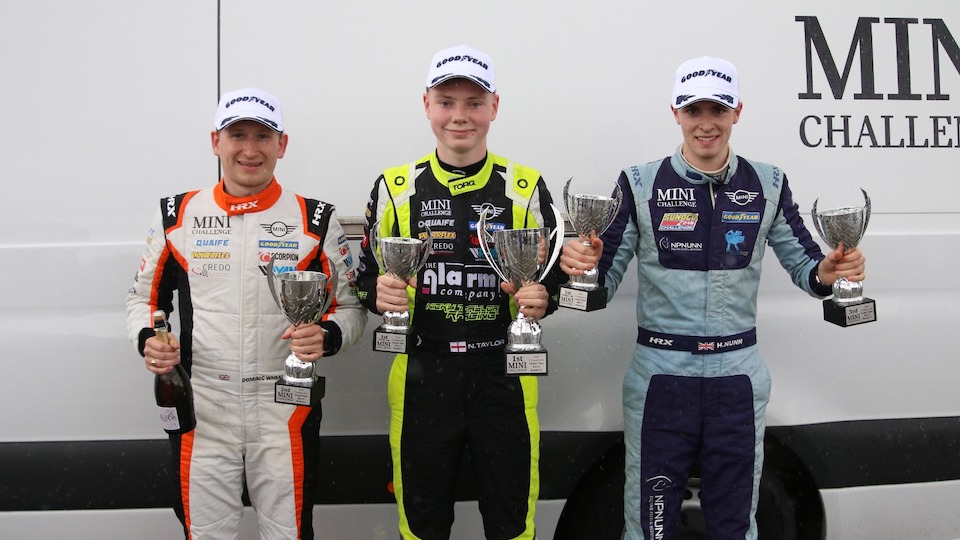