Whilst much of the focus in the Quaife MINI CHALLENGE Trophy has been on the battle for the championship title, there has already been cause for celebration for the elder statesman of the paddock in 2021, with Adrian Norman bringing up a landmark ten seasons as part of the grid.

More than a dozen of his current competitors were still at primary school when Norman, a latecomer to the series at the age of 57, made his debut in the opening rounds of the 2012 season at Silverstone with the Advent Motorsport team.

Since then, Norman has missed only two race meetings – last season’s finale at Donington Park and the upcoming event at Croft – and has started more than 160 races in the Cooper class, taking a best finish of third overall at Rockingham in 2015 alongside multiple podiums in the now-defunct Cooper Am category.

Now aged 66, Norman is spending his tenth season in the series running as part of PerformanceTek Racing’s multi-car entry having become part of the furniture in a paddock he regards as being like extended family.

“I didn’t start racing until I was in my late 50s and I was looking for something to do,” he explains. “I bumped into someone who was racing MINIs and I went down to Brands Hatch to see what it was all about, and it all seemed like a nice championship that was fair for everybody with the way it was run.

“The whole ambiance and the club nature of the series really attracted me to it, along with the fact that I have always loved the MINI. When I first passed my driving test, my first nine cars were MINIs, and even though it is the now the BMW MINI, they are still huge fun.

“As a race car, they are quite forgiving and won’t bite you if you try and push them a bit too much. Across the past ten seasons, I’ve seen the series grow and grow and it’s a great championship to be part of, which is why I’ve stayed here for so long.

“I think a lot of it is down to the organisation by Rhea [Beauchamp – championship co-ordinator] and the rest of the team as they make sure you don’t need to worry about anything. They do a great job of keeping you informed about everything and making sure you are where you should be at the the right time.

“They look after you on quite a personal level and it’s clear to see that they care about the drivers, which shows how the series is like one big family.”

Given the amount of time he has spent in the series, there have been plenty of highlights for Norman through the years, but he admits it is the friendships that have developed in the paddock that have given him the greatest sense of enjoyment since his debut race.

“The feeling of being out on track with a family of like-minded racers who – in the main – just want to have fun, is what I enjoy the most,” he said. “Yes, there are the youngsters who come along and want to use the series as a stepping stone to other things, but there is a core of drivers who don’t have those goals and aspirations.

“We are here and we come back because we enjoy the camaraderie of the series, and we get the chance to race alongside people who you know you can depend on and you can trust. We are all very competitive and of course I’d love to be right at the front, but I don’t mind being towards the back as long as I’m getting to have a race with someone and enjoying myself.”

To that end, Norman admits that the easing of COVID-19 restrictions, and the return of spectators to race tracks, will only increase his enjoyment on track over the remainder of the current season – with two of the remaining three meetings set to run on front of bumper crowds in support of the British Touring Car Championship.

“Having a crowd is always great as you see the appreciation there is for those of us who have the chance to race,” he said. “I was one of those people who used to go to watch racing and fancied a go, and here I am now in my tenth season actually doing it.

“It’s great to see people who are enjoying watching you put on a show, and even if your personal results might not be that great, I think you can take a lot of satisfaction from knowing that you are providing people with entertainment.”

How long Norman will continue to be part of the grid remains to be seen, but there are currently no plans to hang up his helmet – with a desire to keep on racing for as long as is possible.

“I remember talking to Antony [Williams – Championship Director] a few years ago and asking him a question about something and he replied – tongue in cheek – that I wouldn’t still be racing when I was 70,” he said. “I walked away from the conversation thinking ‘I blooming well will be!’

“If I have anything to do with it then I’ll still be racing in the MINI CHALLENGE for a while yet as my intention to keep racing for as long as I’m able to. If the championship stays as enjoyable as it is now, then I’ll be back for more.” 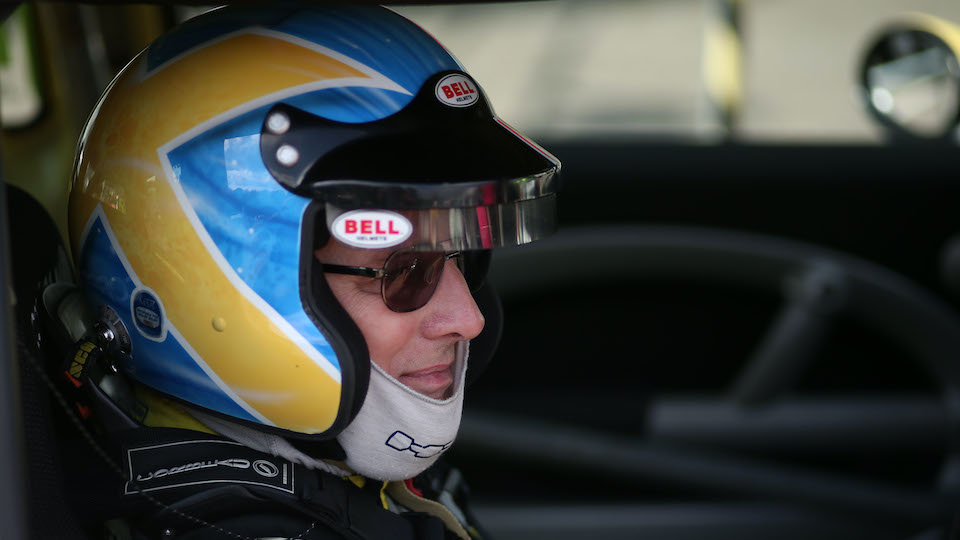 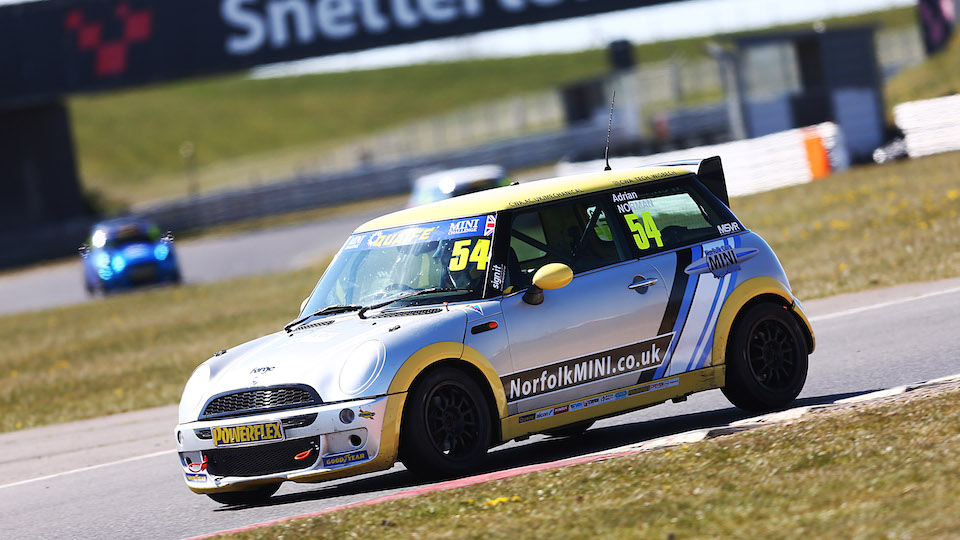 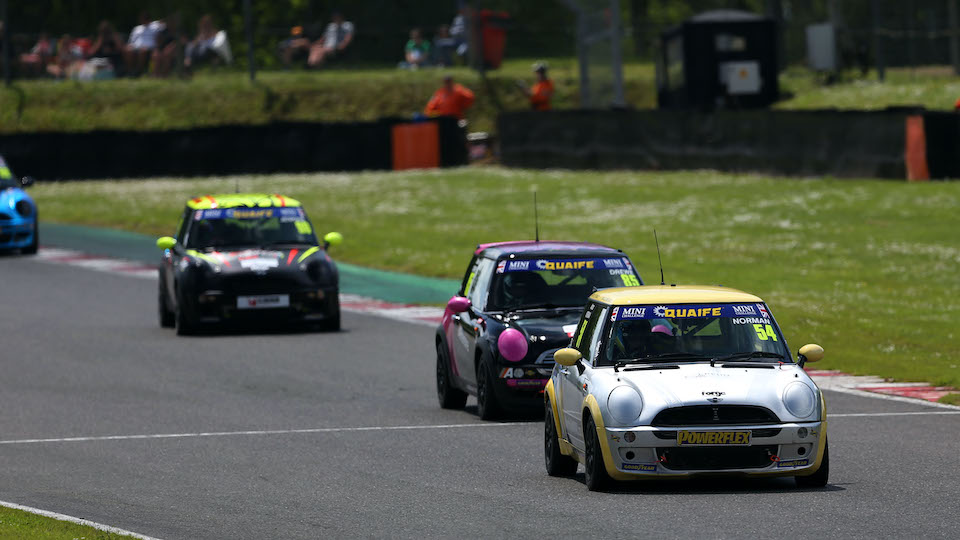 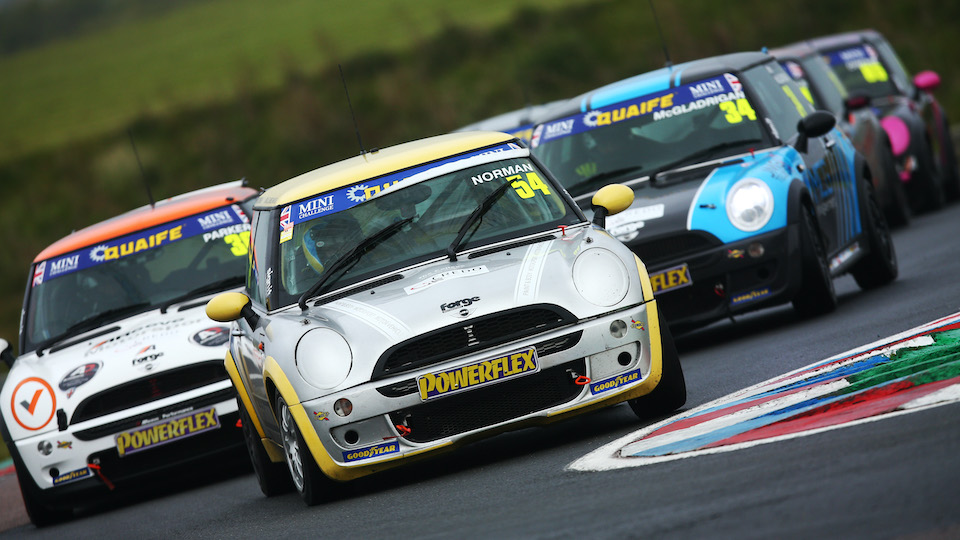 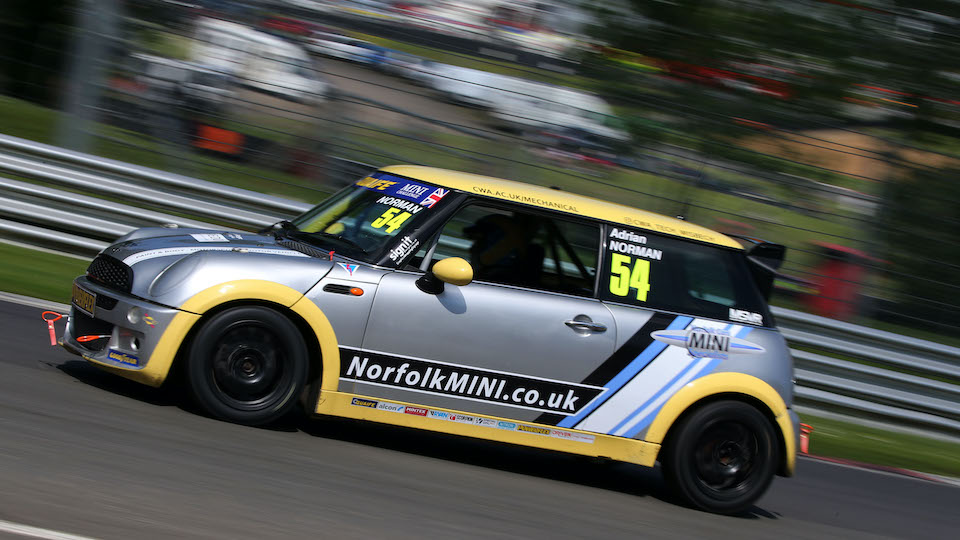