Oliver Barker wrapped up his first win in the Quaife MINI CHALLENGE after a dramatic second race of the weekend at Oulton Park.

The race would be red-flagged twice after separate incidents on track, with the end result being declared – pending any judicial decisions – at the point at which the first stoppage occurred.

The action started with Sam Weller on pole after the reverse grid draw saw the top seven reversed, but the Hybrid Tune driver was slow away off the line when the lights went out,

That allowed Jim Loukes from alongside to get a run around the outside into turn one, with Barker also away well from row two but unable to find a way through on the run to Old Hall as Weller defended the inside line.

Loukes therefore took the lead, with Weller trying to come back at him into the Island hairpin; putting his car down the left to go around the outside.

When Loukes ran slightly wide whilst defending his position, Barker was able to nip through ahead of both drivers into the lead, with Loukes the coming under pressure from Weller on the run to Lodge.

Weller slid down the inside to take second and was followed through by Dan Zelos, with Loukes dropping down to third spot.

Further the order, there was drama at the chicane as contact on the pack saw Joe Tanner’s car launched into the air, with team-mate Lydia Walmsley amongst those forced to take avoiding action.

The positions amongst the leading four would remain static through to the fourth lap, with the top three breaking clear of Loukes, who was undr pressure from Max Coates, Lewis Brown and Max Bird; Brown having managed to fight ahead of the points leader on lap two.

On lap four however, Loukes got out of shape on the exit of Old Hall and ended up on the grass, where he was powerless to prevent his car from sliding into the barriers. The contact was enough to tip the OX4 Racing car into a roll before it came to a stop back on its wheel, with Loukes able to climb from the wreckage unaided.

The race was red-flagged to allow the car to be recovered, with the clock set for an eight minute long restart, with Barker on pole from Weller and Zelos.

A fast starting Zelos made his move around the outside for the lead at turn one, with Barker running second as the field headed through Cascades, where he put a wheel on the kerb as Weller moved up the inside.

As Barker then came back onto the circuit, there was side-by-side contact with Weller which resulted in both cars sliding left, with Barker’s car going into a roll after contact with the barriers, coming back across the circuit where the field scattered to take avoiding action – with Isaac Smith and James MacIntyre in particular lucky to miss the EXCELR8 machine.

The action was again red-flagged as Barker climbed from the damaged car, with timetable restrictions preventing the race from being restarted for a second time.

As a result, the race was declared as the field had been running after Loukes’ accident, meaning Barker was provisionally named as the winner from Weller and Zelos.

With Loukes removed from the results as the cause of the stoppage, Coates took fourth place and top Graduate honours, with Brown and Bird rounding out the top six.

Jack Davidson took eighth having made up four spots from his starting position – thanks in no small part to the drama on the initial opening lap – with Smith, Jason Lockwood and Ethan Hammerton rounding out the top ten. 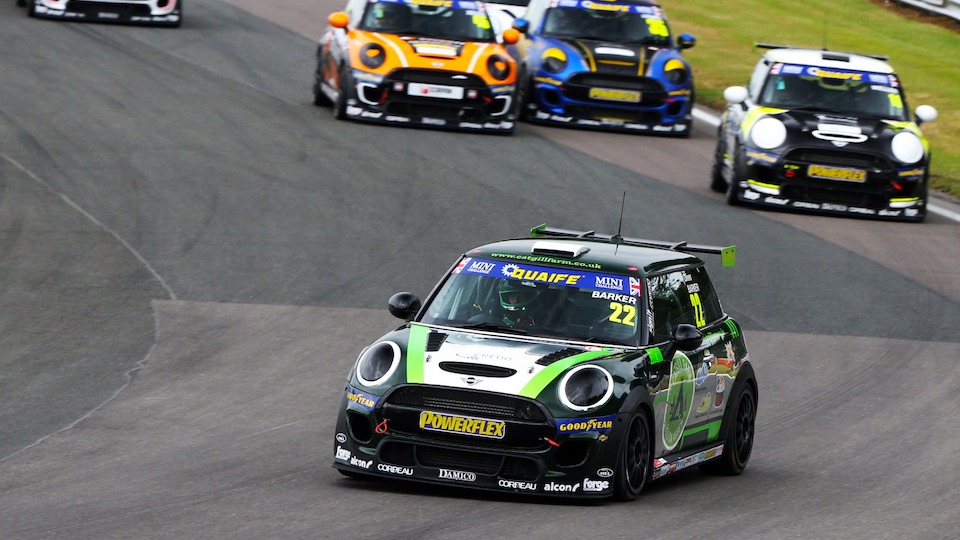 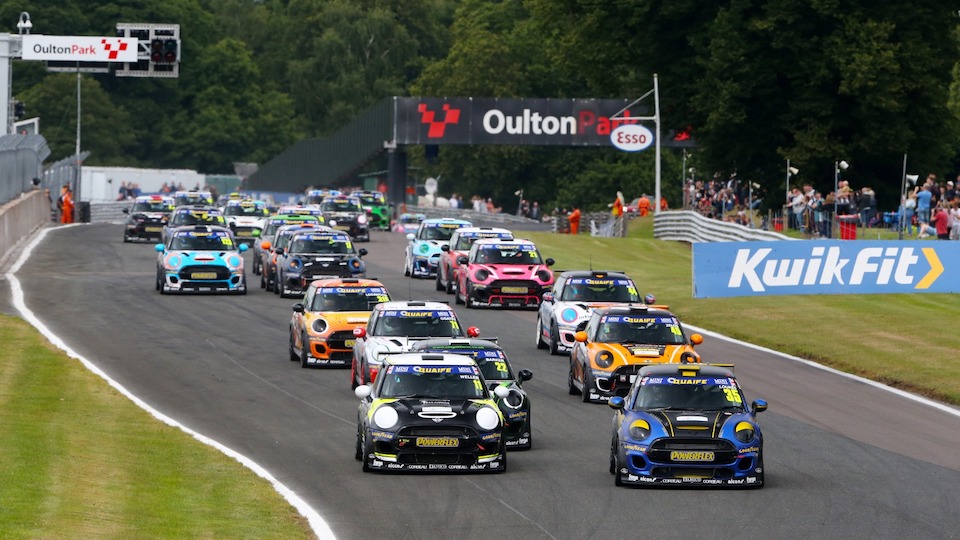