LYDIA WALMSLEY HAPPY WITH PROGRESS AFTER BEST YET

Lydia Walmsley insisted she was pleased with the progress she is making in the JCW class of the Quaife MINI CHALLENGE after scoring her best result to date in the opening race at Oulton Park.

The BTC Racing driver – who stepped up from the Cooper class over the winter – arrived at the Cheshire circuit looking to try and push for a second top 20 finish of the campaign after a challenging weekend at Brands Hatch in the previous meeting.

Buoyed by a test at the circuit in the gap between events, Walmsley qualified in a seasons best 21st on the grid and was soon making up places when the lights went out in the opening race.

Up into the top 20 by the end of the opening lap, Walmsley would continue to fight her way forwards as the race went on and 17th place at the finish marked her best result in the series to date.

“I’d say that was my strongest race so far and every time I get in the car, I’m constantly improving,” she said. “I did a personal best in qualifying and then improved on that time in the race which is unusual as that doesn’t happen a lot.

“BTC as a team are also new to this so we are all learning together but it’s proving to be a lot of fun and we’re working hard to make our way up the grid. When you’re at the tail end of the grid, it can be a bit demoralising when you are trying to work your way forwards and it isn’t happening.

“We’ve been able to make good progress in race one and hopefully it can continue.” 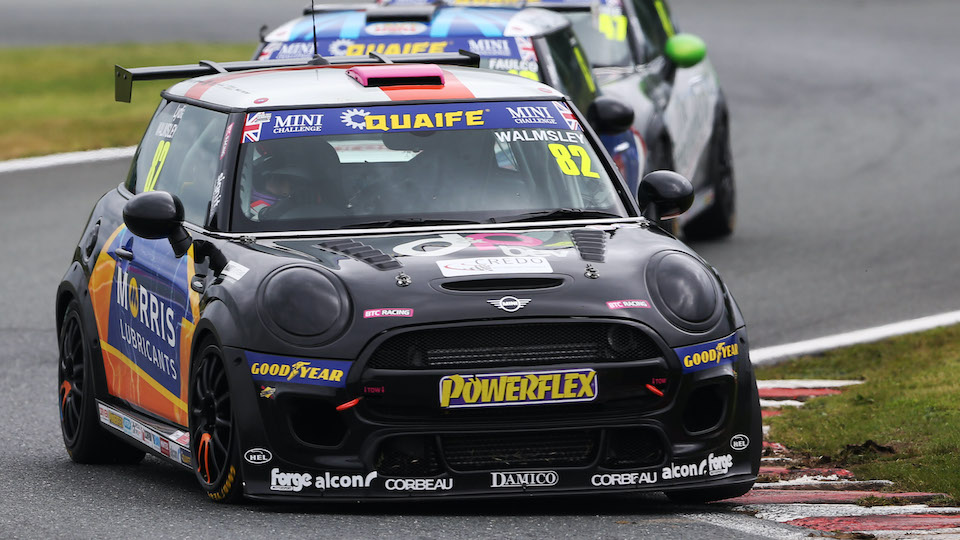