Max Bird converted pole position into his second win of the Quaife MINI CHALLENGE season to head a lock-out of the podium places in the opening race of the weekend at Oulton Park.

The championship leader qualified on pole position for Saturday’s 20 minute encounter after edging team-mate Dan Zelos out of top spot earlier in the day, enabling him to maintain his 100 per cent record this season.

As both Bird and Zelos predicted, the start would be the crucial moment in the race, with Bird holding the lead when the lights went out and the field streamed down to Old Hall for the first time.

Bird quickly established a slender lead at the front but Zelos soon started to come back at his team-mate, posting the fastest lap on lap three as he started to bring the gap between the pair down.

The pair would circulate together having dropped the chasing pack behind until the seventh lap, when Zelos put a wheel on the grass at the exit of the chicane and dropped more than three seconds.

From that point on, Bird was untroubled at the front and was able to ease off through the closing laps as he wrapped up the victory.

“We got a mega start and in the first few laps I was gone but then Dan was able to draw back in,” he said. “He was putting pressure on but then he seemed to make a mistake and dropped back from me.

“Towards the end I was easing off a bit as I think I was pushing too hard but it was a great race and hopefully we can have another strong one tomorrow.”

Zelos would close in as the laps counted down but the gap between the pair was too great for him to overcome as he crossed the line in second spot for a third podium of the campaign.

“I think Max had the pace at the start but then I closed in and I was quicker than him,” he said. “I put a wheel on the grass at the chicane and with the rain earlier on, there was no grip. I was happy to catch it and tried to go after him but the gap was too big.

“We got the fastest lap which means more points and it is a long season, so we just have to stay out of trouble tomorrow.”

Behind the top two, Sam Weller crossed the line in third spot having been able to maintain the fine pace he showed in qualifying, but the Hybrid Tune driver would see his race undone by a ten second penalty for a false start.

The additional time added meant Weller had to push hard in order to try and climb up the order, but it left Jason Lockwood free to secure the final place on the podium to ensure a 1-2-3 for the EXCELR8 team.

“I knew there was a penalty for someone ahead, so I was happy to sit where I was knowing there was a podium finish there,” Lockwood admitted. “It’s not gone my way so far this season as I’ve been quick but have been involved in a few incidents.

“To come here to a circuit that I’m not very familiar with and get a podium finish – and the Graduate win – is great.”

Behind Lockwood, Max Coates took fifth spot having been unable to keep pace with Lockwood ahead, with the Graves Motorsport driver kept honest throughout by Oliver Barker.

A strong start for Barker saw him jump up into sixth spot at the start and he would remain there throughout the race – being promoted up into fifth by virtue of Weller’s penalty – ahead of top Directors Cup entrant Jim Loukes.

Weller’s ten second penalty saw him drop down to seventh place ahead of Lewis Brown and Isaac Smith, who came out on top of a race long duel with Brad Hutchison for eighth place.

The second race of the weekend will take place at 13:30 on Sunday with the top seven on the grid reversed – meaning Weller will start from pole. 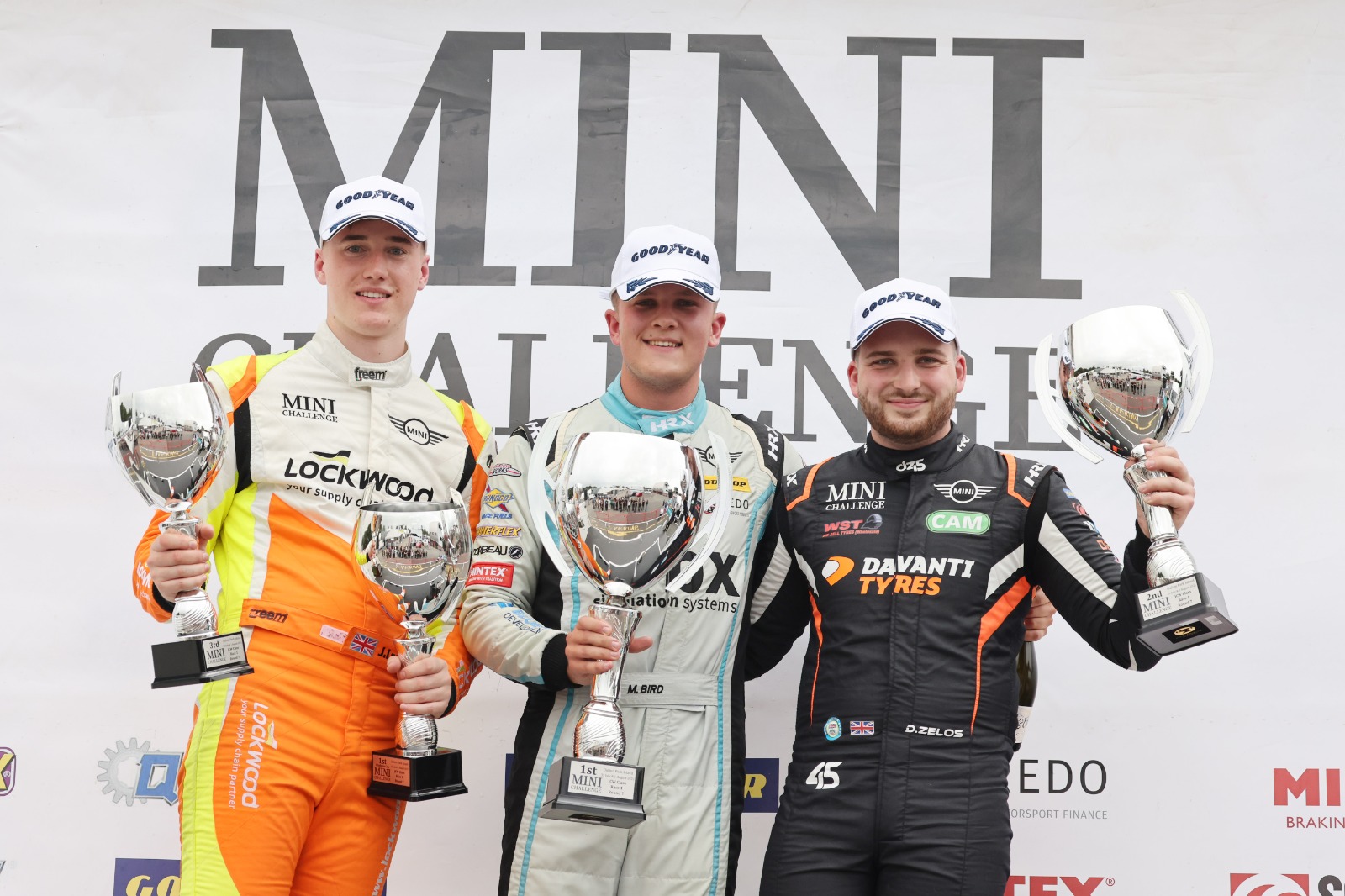