James McIntyre said he was delighted with his one of his best weekends in the Quaife MINI CHALLENGE after a double podium finish at Brands Hatch.

The third year driver had endured mixed fortunes in the season opener after being forced to retire from the second race of the weekend at Snetterton, but was on the pace from the start at the weekend in Kent in his LUX Motorsport-run car.

Having qualified in fifth place on the grid, MacIntyre was able to hold his position through the first race, finishing just a tenth of a second behind Lewis Brown having been part of a long battle for the podium.

MacIntyre would again find himself in fifth place in the second race, but was then bumped up into fourth on the final lap when leading pair Max Bird and Jack Mitchell clashed at Paddock Hill Bend.

That would have been his best overall finish in the series, but Mitchell’s exclusion from the results post race ensured that it became a maiden podium finish.

Having been unable to actually celebrate the result by spraying some champagne, MacIntyre went into race three hoping to challenge for silverware from the second row of the grid.

After an action packed opening few laps to the race, MacIntyre found himself running second behind Dan Zelos and as battles raged behind, he produced a measured drive to secure his first podium on the road as runner-up.

“I’m really pleased to come away from the weekend with my best result in the MINI CHALLENGE,” he said. “It was a bit frustrating that my first podium in the series came by default as that wasn’t the way I wanted to get it, but it only made me more determined to try and get one on the road in race three.

“From P4 on the grid I was in a good position, so I just got my head down and it was a really good race. To come away from the weekend with two podiums is certainly something I can’t complain about!“

MacIntyre now holds fifth in the points ahead of the next round at Oulton Park. 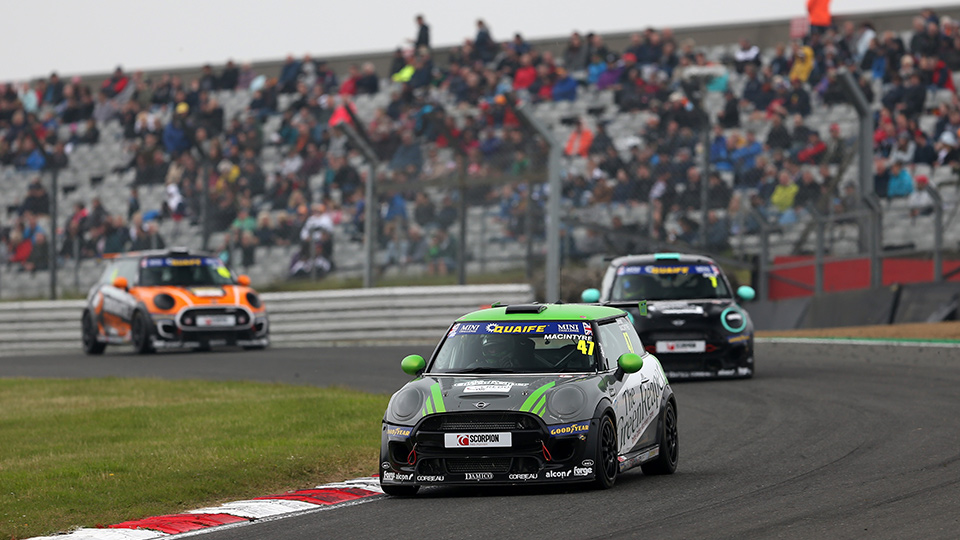 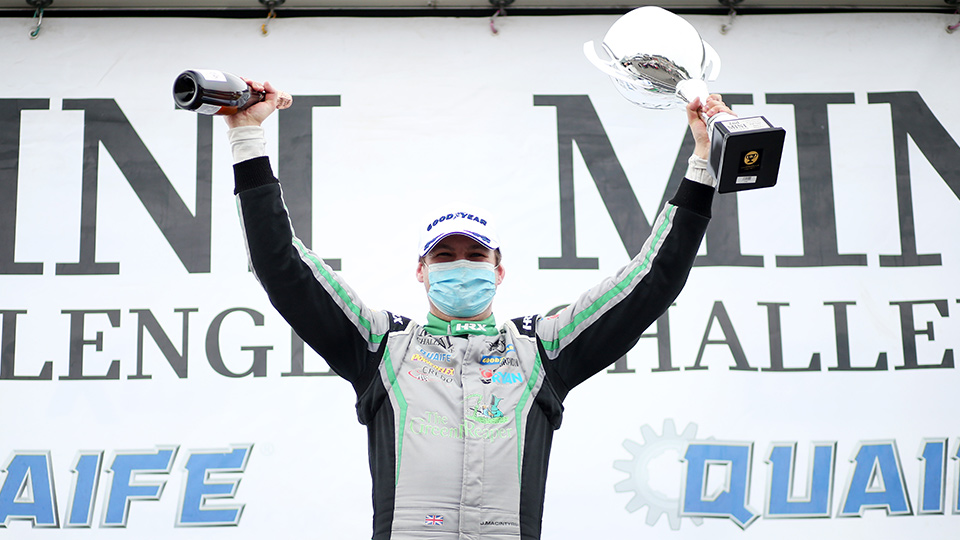 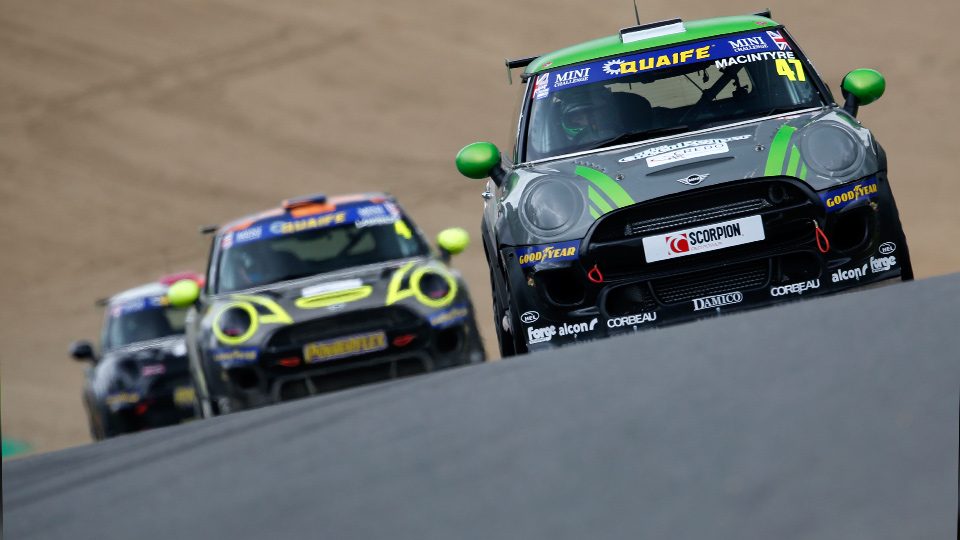