Max Coates secured a maiden win in the Quaife MINI CHALLENGE for the Graves Motorsport team after a dramatic end to the second race of the weekend at Brands Hatch.

When the race kicked off, it was race one winner Max Bird who made the ideal start to lead the field into turn one ahead of EXCELR8 team-mate Jack Mitchell, with Coates retaining third through Paddock Hill Bend.

Alongside him on row two however was Lewis Brown, who was slow away and dropped back down the order with James MacIntyre, Kenan Dole and Dan Zelos all managing to clear the former points leader through the opening corners.

Things would then get worse for the LDR Performance Tuning driver on lap two, as both Liam Lambert and Robbie Dalgleish managed to fight their way ahead to leave Brown down in P9 and with work to do to and try and recover his way back up the order.

Out front, Bird and Mitchell started to edge away from Coates behind as they had done in the opening race of the weekend, the pair matching each other in terms of their lap times and the gap between them never growing to more than half a second.

Coates in turn was also edging away from MacIntyre for third place, with Zelos managing to get up into fifth on lap four when he got ahead of Dole. Dole would then drop down the order a lap later when contact with Robbie Dalgleish going through Surtees resulted in a trip across the grass.

Whilst the front three would remain static, MacIntyre found himself coming under ever-increasing levels of pressure from Zelos in the fight for fourth place, with the EXCELR8 driver finally able to make a move stick on lap ten.

With much of the focus on the battles further down the order, Bird – who had posted the fastest lap – looked set to secure his second win of the weekend but heading into the final lap, Mitchell saw his chance to go for the lead as the pair went into Paddock Hill Bend.

As Mitchell made his move up the inside, Bird turned in to take the corner and the resultant contact saw the championship leader slide off into the gravel and in to retirement.

It allowed Mitchell to go through into the lead and he crossed the line first to secure the win on the road, with the incident then being looked at afterwards by officials.

“I went for the move and I think I caught him off guard,” Mitchell said. “He came across on me and we touched. It’s really unfortunate as we’ve been in a league of our own this weekend in the first two races, so we’ll have to see what the clerk of the course says.”

The end decision was that Mitchell was excluded from the results for the incident, which promoted Coates up into the lead for his first win of the campaign, and a first success at JCW level for the Graves Motorsport team.

“I think we should just never go back to Snetterton and do every round at Brands Hatch!” he said. “Huge credit has to go to the team at Graves Motorsport for the effort they have put in this weekend and we’ve had a great weekend so far.

“We’re up against a team with a lot more experience with these cars and they seem to have a little advantage over us at the moment, but this is a job well done.”

Zelos was promoted up into second spot for what was his first podium finish of the season as he continued to fight back from an issue in qualifying that had left him down the order.

“We had a damper issue in qualifying that left us on the back front, and having made up some places in race one, it’s great to get a podium in race two,” he said. “That’s the ideal reward for the team at EXCELR8 for getting my car to where it needs to be.”

Behind Zelos, MacIntyre would endure a somewhat lonely race as he was unable to keep pace with the front runners but was clear of a huge battle for position behind as he inherited the final place on the podium post-race.

That fight behind would eventually be decided in favour of Lambert as he saw off the challenge of Sam Weller and Jason Lockwood in the closing stages to take what became fourth, with Lockwood and Weller swapping places multiple times throughout the race and following Lambert home across the line.

“That race was hard work when I was trying to keep the others behind but I’m really pleased to bring the car home for a strong result and to get the Directors Cup win,” Lambert – who ended Jim Loukes’ run of class victories – said. “Hopefully there can be more to follow now in the coming races.”

Dalgleish has also been part of that battle for a large part of the race but slipped back in the closing stages and was classified in seventh ahead of Isaac Smith, a recovering Dole and Jack Davidson.

One person missing from the middle of that battle was Brown, who had managed to get his way back up to seventh spot but was chasing down Lambert when he ran wide through the gravel at Paddock Hill Bend and dropped back down the order, eventually finishing outside the top ten.

Aside from Bird, Bradley Gravett was an early retirement after his car ground to a halt pulling away off the line and pulled off the circuit, whilst Loukes retired after a mid-race spin when three cars into one wouldn’t go at Surtees. 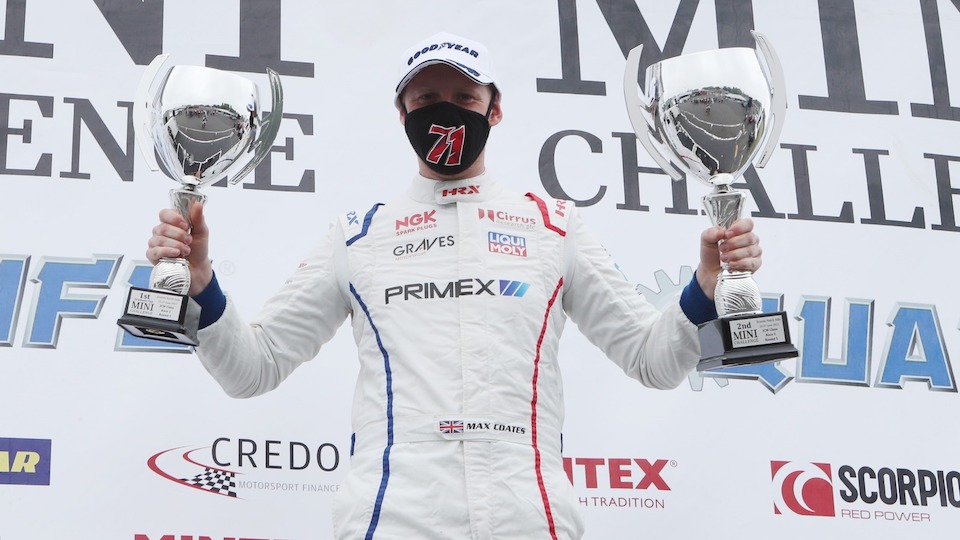 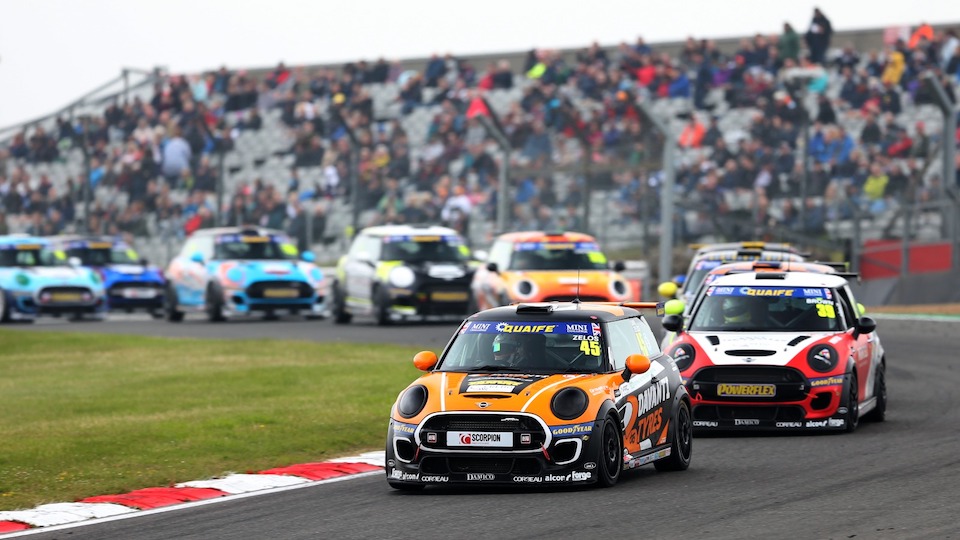 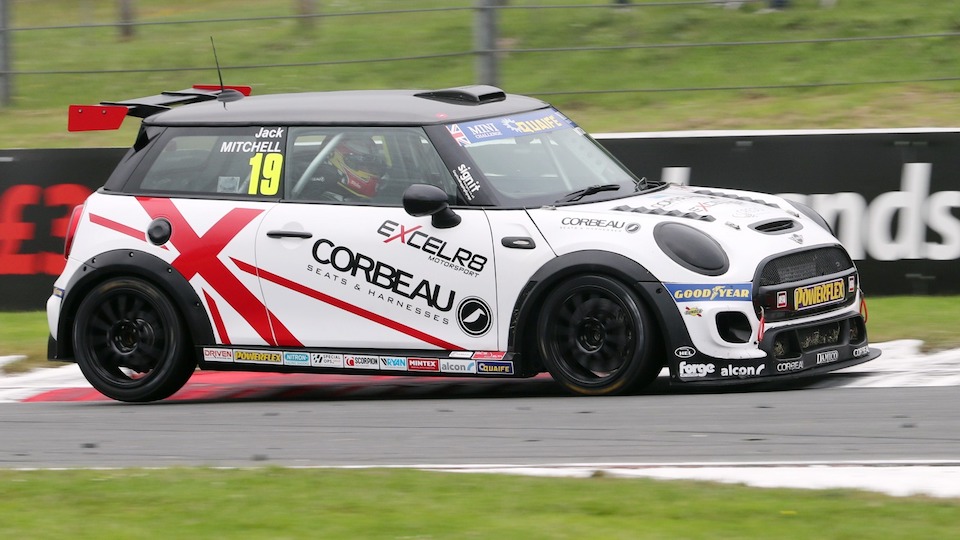