When the Cooper class cars headed for Brands Hatch earlier this month, the two races around the short Indy layout were packed with action – so even more drama can be expected this weekend when the Quaife MINI CHALLENGE heads for the shortest circuit on the calendar for round two.

The JCW class of 2021 raced for the first time this season at Snetterton just two weeks ago, with Lewis Brown securing the early bragging rights with a brace of victories for LDR Performance Tuning.

As a result, it is Brown who leads the way going into round two and is a proven quantity around the Indy layout having taken victory in the 2020 season finale at the same circuit back in November.

Brown was the star performer in LDR’s multi-car entry in Norfolk but team-mate Ronan Pearson also took the podium in round one, with the Scot bouncing back from issues in qualifying to secure his first piece of silverware this year. Pearson will hope to add to that this weekend, with Callum Newsham eager to bounce back from a tough start to his campaign to move up the championship order.

Newsham took a podium at Brands Indy last year and a repeat this year would do him no harm at all, with Robbie Dalgleish, James Griffith and local driver Neil Trotter also hoping for more luck than they enjoyed in round one – with all three logging a DNF across the weekend.

Brown’s closest challenger at the front heading into round two is something of a surprise, with Sam Weller holding second spot thanks to an impressive first outing in the JCWs for the Hybrid Tune team.

Having qualified at the sharp end of the grid, Weller scored a pair of podium finishes and also posted the fastest lap of the weekend, although he readily admits that home knowledge worked in his favour.

Currently heading the rookie standings, Weller will hope to maintain his overall challenge with another strong showing this weekend, whilst team-mate Stephen James will seek to improve on the pair of 19th place finishes he scored during round one.

Five points behind Weller in third place back sits Max Bird who also scored two podium finishes at Snetterton two weeks ago. Victory is very much the aim this time around, with Bird chasing victory at Brands Hatch for the second year in a row after he secured top honours in the opening race of Finals Day last season.

Bird is the lead EXCELR8 driver in the standings, with 2020 runner-up Dan Zelos not far behind in fifth spot despite being unable to make it onto the podium at his home circuit. Both should be front-runners this weekend, as should Jason Lockwood who proved to be one of the quickest drivers on track at Snetterton only for a DNF in race one to leave him playing catch-up in the points.

Ethan Hammerton ran solidly inside the top ten for much of the weekend at Snetterton and will hope to improve on his current eighth place, with Oliver Barker out of position in the standings after a DNF and a points penalty at Snetterton left him with work to do.

EXCELR8’s line-up this weekend is bolstered by British GT4 title winner Jack Mitchell, who returns to the MINI CHALLENGE for the first time since 2015 at his home circuit, and could well prove to be a thorn in the side of the front-runners.

Whilst Brown was someone who was expected to challenge for wins at Snetterton, the same wasn’t necessarily true of Brad Hutchison, who took top honours in the reverse grid final race for the MPHR team.

The win capped a solid opening weekend for the Yorkshire racer who is the lead driver from a single-car team as a result. Jim Loukes, who also goes it alone for OX4 Racing, joined him on the podium in the same race and scored three Directors Cup wins out of three on his return to the series after a year away.

Elsewhere, Isaac Smith and Jack Davidson sit inside the early top ten for JW Bird and Lux Motorsport respectively after solid starts to their seasons but it was a different story for Max Coates after a combination of contact and mechanical issues left him out of contention for newcomers Graves Motorsport.

Coates will hope for improved fortunes this weekend to get his title challenge back on track, with team-mate Bradley Gravett looking to try and break into the top ten in the standings after a solid debut at Snetterton.

British Touring Car Championship outfits BTC Racing and Team HARD meanwhile will also hope for solid points this weekend, with the latter in particular being keen to impress at it home circuit.

With such a competitive field, and a 30 car entry in place, expect action at every quarter during the weekend ahead. 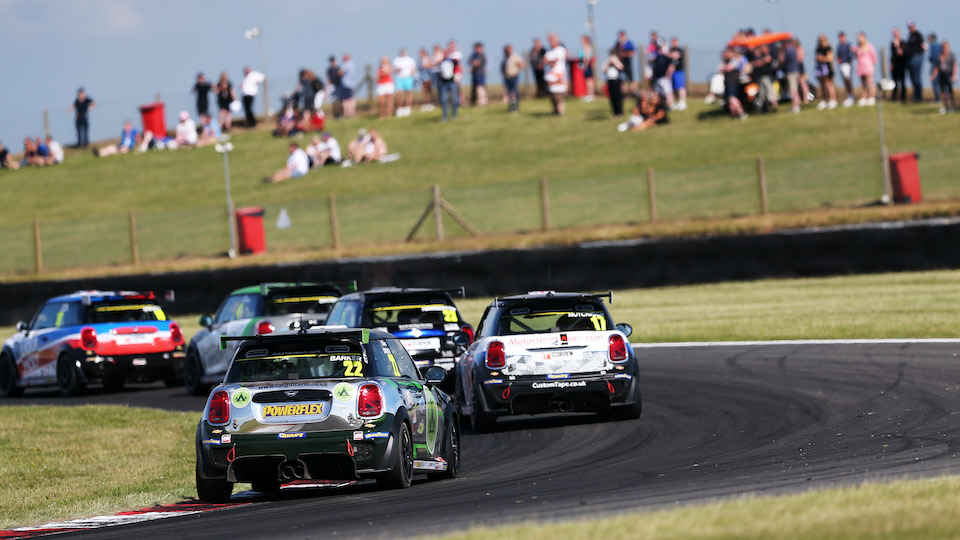 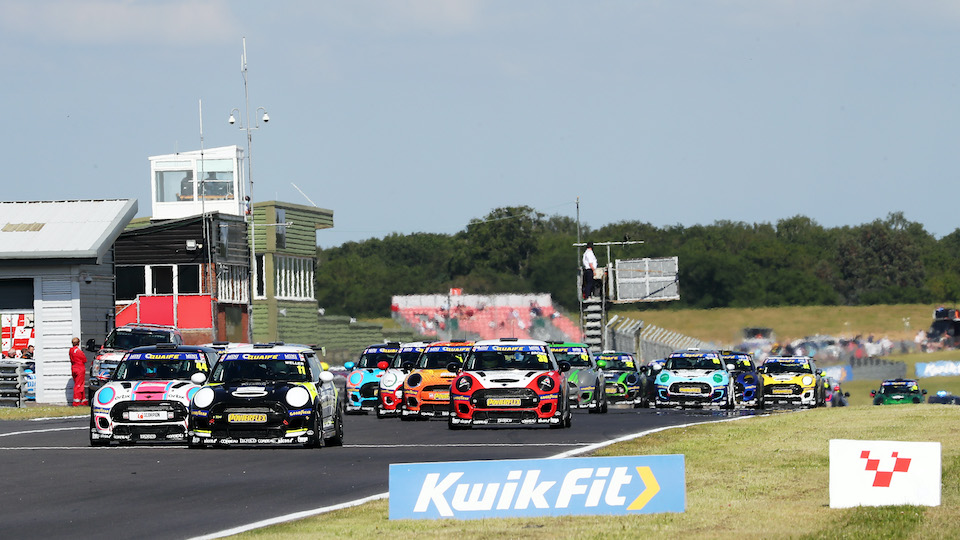 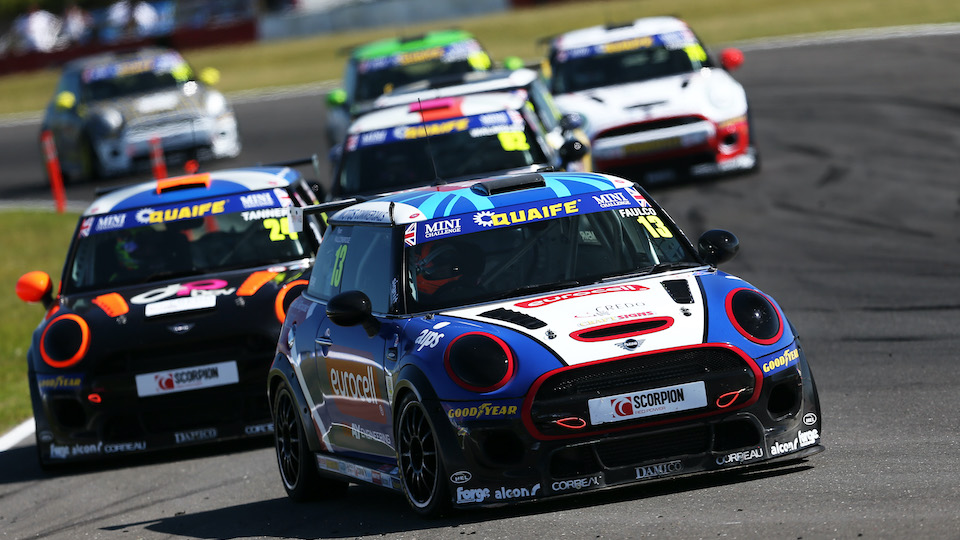 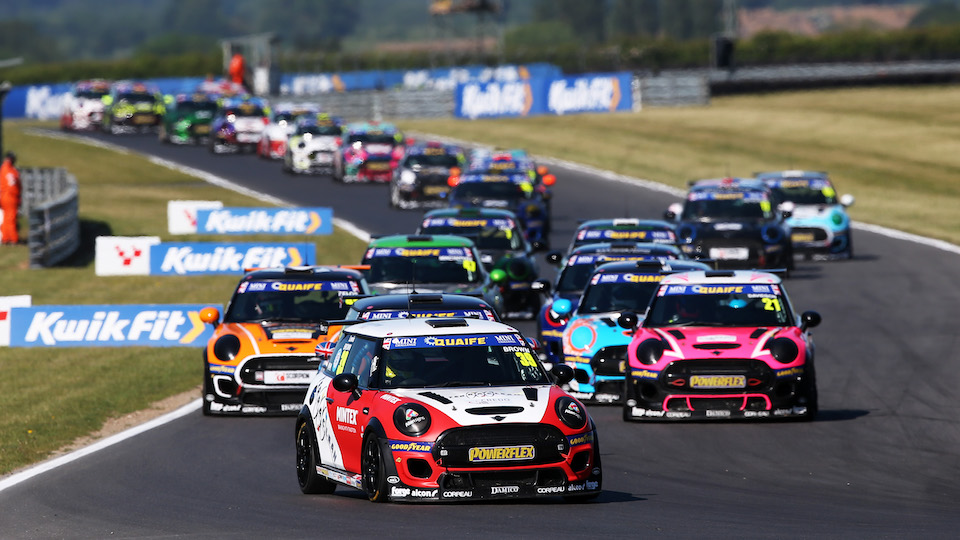