After a longer off-season than expected, the 2021 Quaife MINI CHALLENGE season will finally kick off this weekend with the opening round of the new campaign taking place at Snetterton.

The longest circuit on the calendar will play host to a bumper field of 30 cars as the JCW field takes to the track for the first time in anger since Nathan Harrison wrapped up the 2020 title at Brands Hatch back in November.

Whilst Harrison has moved on to pastures new for 2021, a number of the drivers who pushed him hard in the title race are back for another crack at the title, led by last seasons runner-up Dan Zelos.

Zelos embarks on his third season with the EXCELR8 Motorsport team looking to maintain the forward progress he had made in his two seasons on the grid to date, having finished third in 2019 before taking second last year.

The reigning Graduate Cup title winner failed to take an outright win last year, with his title challenge instead based on consistently running towards the front of the field. A total of seven podium finishes in 13 starts was an impressive return, but Zelos will hope to be in the fighting for wins from the outset this weekend at his home circuit as he bids to challenge for overall honours.

There can be no assumption that Zelos will automatically be the man to beat however, with plenty of other drivers in the high-quality field also heading for round one feeling confident about their chances – a number of whom will be running from the same awning.

With Elite Motorsport having elected not to enter this season, Max Bird – who finished fourth in the standings last year – has now switched over to partner Zelos at EXCELR8 and he was the man to beat during testing at Snetterton last month.

Team-mates Jason Lockwood and Oliver Barker followed just behind, with Lockwood now embarking on his second season in the series after a solid debut campaign, and Barker signing up for a full season on the back of an impressive performance as a guest entry at Snetterton last year.

Ethan Hammerton – who enjoyed a part campaign last year before a call-up to compete in the BTCC – and series returnee Lewis Galer complete a six-strong EXCELR8 line-up; the latter being the youngest driver signed up to compete in the JCWs this season.

Away from the defending champions, Lewis Brown once again leads LDR Performance Tuning as he looks to improve on fifth in the standings last year.

Brown was a two-time winner in 2020 and would have been a firm contender for the title had it not been for a challenging weekend at Silverstone, where he scored just 17 points across the three races.

Callum Newsham – son of former BTCC racer Dave – also sticks with LDR for another year as he looks to add to the two podium finishes he secured last year, with Ronan Pearson switching over from LUX Motorsport. Robbie Dalgleish and Neil Trotter also return, with new signing James Griffith – the defending champion in the Directors Cup – rounding out the multi-car entry.

Over at JW Bird Motorsport, hopes are high of challenging for honours after the team secured the services of reigning Rookie Cup champion Isaac Smith; the teenager moving over from EXCELR8 over the winter.

Smith took eighth in the overall standings last year – pick up his maiden win in the process – and is now paired with Matthew Wilson and series newcomer Ru Clark for the season ahead.

James MacInture was the best placed JWB driver in the standings last year but is another race on the move as he now prepares to go into 2021 with LUX Motorsport, where he partners Liam Lambert, Hannah Chapman, Jack Davidson and Ryan Faulconbridge.

Team HARD, which previously teamed up with Jamsport, is now entered into the series in its own right with two cars for ex-Volkswagen racers Kenan Dole and Paul Taylor and is one of two teams from the British Touring Car Championship to grace the grid.

BTC Racing joins the MINI family for the first time with a two-car line-up of its own, giving Lydia Walmsley the chance to graduate from the Cooper class for the first time in the role of Official Development Driver, and bringing in the more experienced figure of Joe Tanner in the second car.

Graves Motorsport are another new name to the JCWs after success in the Cooper class, with race winner Max Coates leading the team alongside Bradley Gravett, whilst Hybrid Tune also embarks on a JCW programme for the first time – with business co-owners Sam Weller and Stephen James at the wheel.

Single car entries from MPHR for Brad Hutchinson and for OX4 Racing – the team based at the MINI plant in Oxford – for Jim Loukes complete the grid for the season opener. 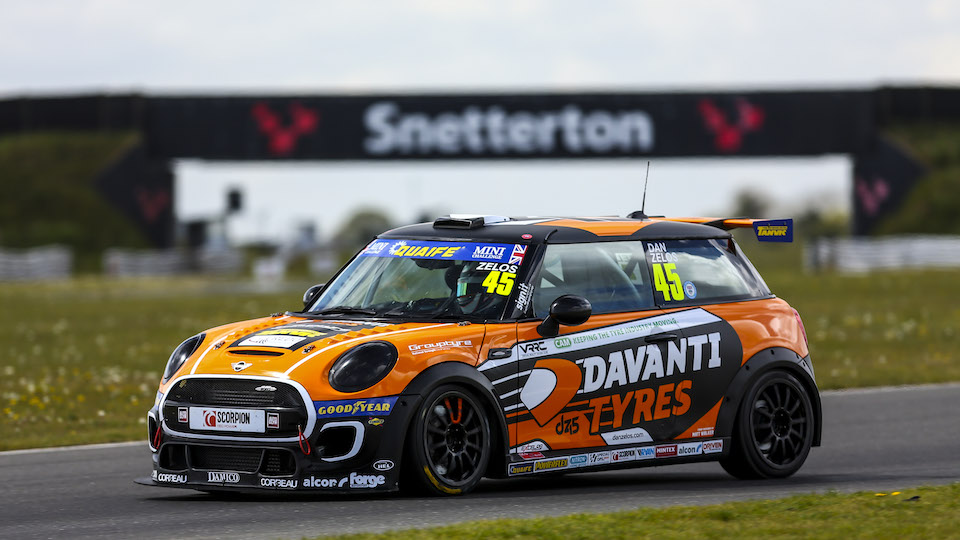 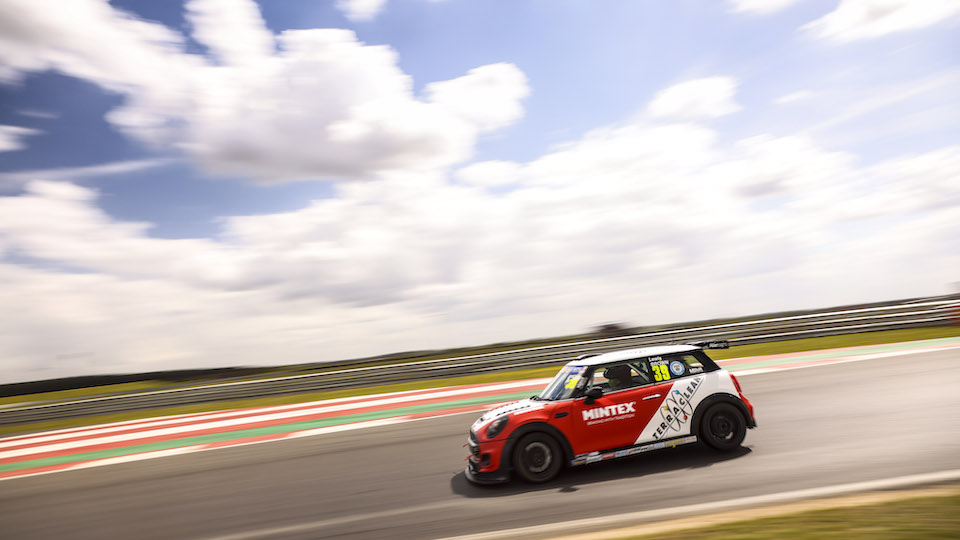 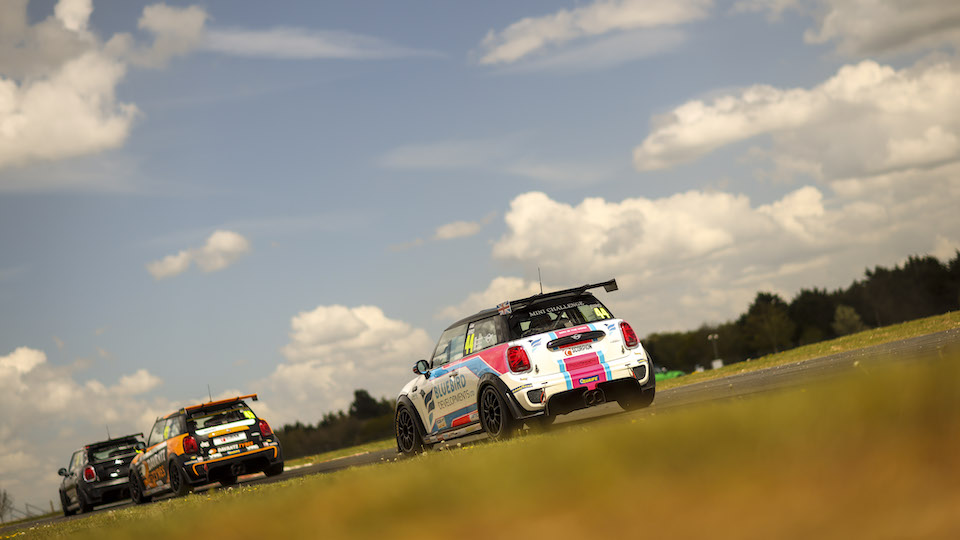 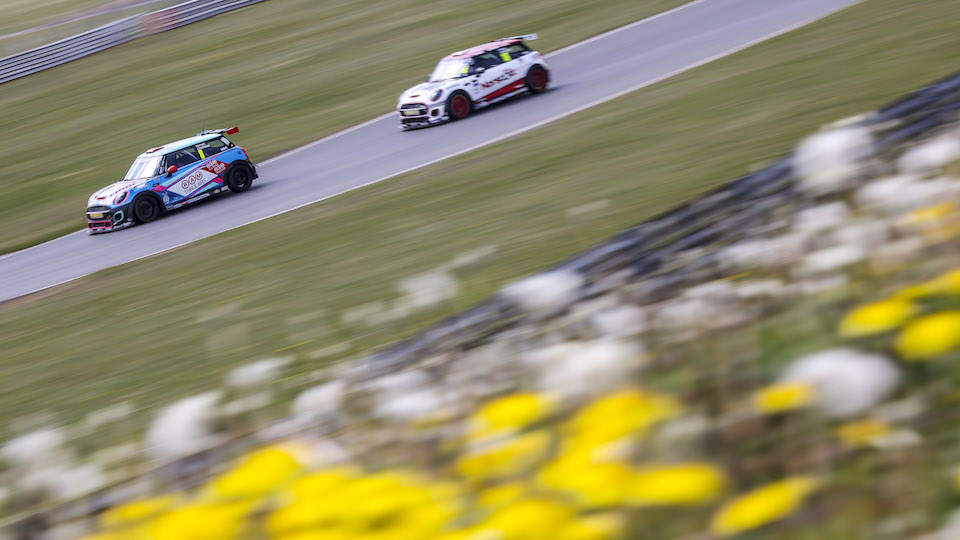