Having scored a maiden pole position a day earlier, Alex Solley opened his win account in the Quaife MINI CHALLENGE Trophy after another dramatic race rounded out the weekend at Thruxton.

With the top six from race two reversed on the grid, Nelson King started the race from pole having been promoted a place in the results from Saturday afternoon’s action-packed encounter thanks to a penalty handed out to Josh Porter.

Porter had finished third on the road in race two but was handed a ten second time penalty for his involvement in the clash that saw Louie Capozzoli, Mike Paul and Morgan Wroot retire, with the damage to Capozzoli’s car being sufficient to rule him out of race three.

King however lost out when the lights went out as championship leader Matt Hammond jumped into the lead on the run through Allard for the first time.

As the field headed out of the complex onto Thruxton’s high-speed curves however, there was plenty of jostling in the pack as cars went side-by-side, with leader Hammond one of those to lose out and Solley finding himself in a lurid slide going through Noble that dropped him down outside the top ten.

All that meant that it was Dominic Wheatley who emerged from lap one in the lead despite stading down in fifth spot, with Brendan Fitzgerald having come through to second and Harry Nunn to third. Lewis Saunders was another big winner having made up eight places into the top six, behind Nicky Taylor and King, with Hammond down in seventh.

As had been the case in the opening race on Saturday, the slipstream at Thruxton would then come into full effect as drivers battled for position – with as many as six cars dicing for the win throughout.

Fitzgerald briefly managed to get ahead of Wheatley on the run to Church on lap two and was followed through by Nunn only for Wheatley to then fight back on the run up Woodham Hill to reclaim the lead at Club. Saunders cleared both King and Taylor to progress to fourth, with Solley recovering up into eighth spot.

Further back, Charlie Mann was on a charge having made up eleven spots in two laps, with Wroot up into 16th from the very back of the grid.

Fitzgerald and Nunn both managed to get ahead of Wheatley on lap three as Solley’s charge continued up into fourth, with Alex Jay also joining the leading pack having started in eleventh. Jay would however drop out of the fight when a clash with Nunn at Campbell led to him returning to the pits and also dropped Nunn down the order.

Having fought up to third spot, Solley claimed the lead as the race passed the half-way stage but within a lap, he was back to fourth again as Fitzgerald outdragged him up the hill and was followed by both a recovering Hammond and Wheatley.

The quartet would swap places multiple times over the laps that followed, with Fitzgerald surviving a wild moment through Village when he got slightly out of shape and made side-by-side contact with defending champion Nunn.

Having got back to the front, Hammond pushed to try and open up a lead but couldn’t break the tow and on the run up to the chicane on the penultimate lap, Solley edged back ahead. Although not the ideal place to be in going into the final lap, Solley managed to hold on to beat the championship leader up Woodham Hill and then across the line for his maiden victory.

“I didn’t expect to get that win, and it was hard to hold on on the final lap,” he said. “Having scored pole yesterday, it’s great to now have a win in my rookie season.”

Hammond crossed the line in second to maintain his championship lead, with Fitzgerald managing to grab third on the run to the line when Wheatley got out of shape through the final corner after slight contact and slipped back to fourth. However, officials decided to reverse the places post-race, with Fitzgerald deemed to have gained an unfair advantage and handed a 0.2s penalty that reversed the places. Just behind was Mann, who posted the fastest lap of the weekend to cap his stunning rise through the field to take fifth spot.

Taylor secured sixth spot ahead of Wroot, who rewarded Mad4Mini for the work carried out to repair his damaged car overnight, with King, Leonardo Panayiotou and Ricky Page rounding out the top ten; the latter having endured a more challenging weekend that on his series return at Snetterton.

Having been up near the front early on, Saunders and Nunn just missed out on the top ten in eleventh and twelfth, with Tom Ovenden, Nathan Edwards and Paul Manning completing the top 15; Manning having started back in 25th on the grid. 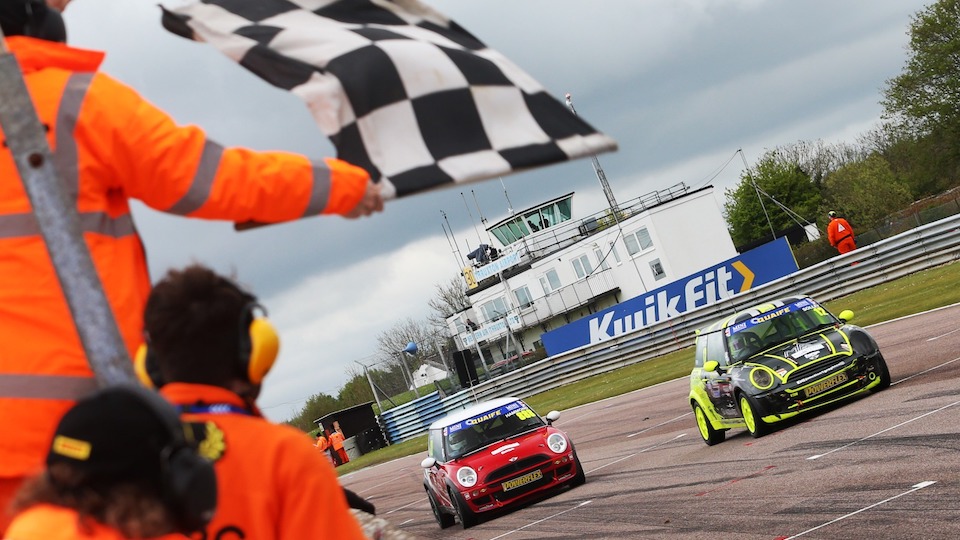 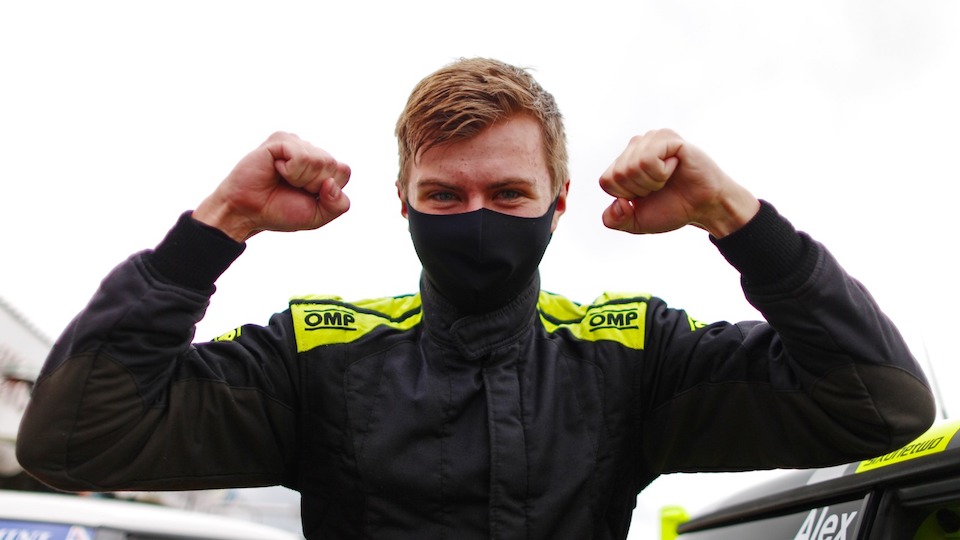 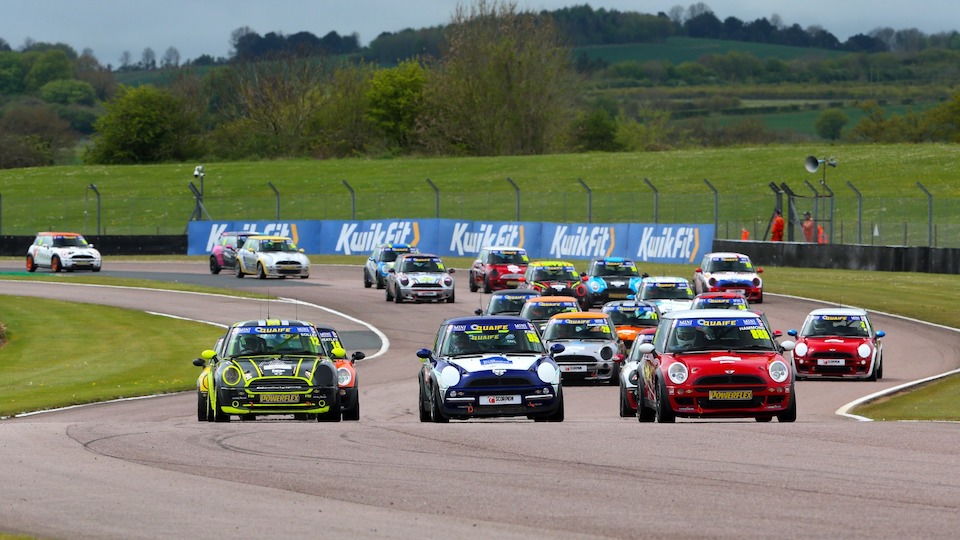