Points leader Matt Hammond secured his second win of the Quaife MINI CHALLENGE Trophy season after emerging on top of a titanic battle for honours in the opening race at Thruxton.

In tricky weather conditions, with drizzle in the air and high winds battering the high-speed Hampshire circuit, EXCELR8 Motorsport racer Hammond overcame the challenge of leading the field up Woodham Hill on the final lap to take a win at his home circuit and extend his advantage in the standings.

Rookie driver Alex Solley had qualified on pole earlier in the day for AReeve Motorsport but the opening laps would prove to be an indicator of the drama that was to come.

Solley got away well when the lights went out but Hammond made a better jump from alongside on the front row, with Louie Capozzoli following him through mid-way round the opening lap.

Although Hammond led at the end of that opening lap, the slipstream would then come into effect on the long drag up Woodham Hill as the leading drivers battled for position – with Solley jumping into the lead going into the final complex and Hammond dropping back down to fourth.

As the leading five cars battled for position, drivers behind saw the chance to close in on the front-running group, with Dominic Wheatley making progress from tenth on the grid and Lewis Saunders recovering from his qualifying penalty to find themselves with the front-running pack.

Solley, Capozzli and eventually Saunders would all take turns at the front as the positions swapped on a lap-by-lap basis, with cars running three and four wide on the drag up to the final chicane – the leader invariably finding themselves punching a hole in the air for the cars behind.

When Capozzoli managed to get back into the lead, it looked like the LDR Performance man might be the one who could break the tow as he established a slender lead around the back of the circuit, but the pack behind would then draw back in up the hill.

Having held a lead of half a second going into lap eleven, Capozzoli found himself shuffled back down the order when Hammond – who had started the lap in third – got a run up the inside into the final chicane, with Wheatley following him through.

That left Hammond to lead into the final lap but rather than being a sitting duck for the pack behind, the Salisbury-based racer somehow managed to keep his rivals at bay; locking up and almost sliding through the final corners.

That saw him lose momentum as Wheatley got a run and started to draw alongside, with the pair split by just 0.094 as they crossed the line.

“You can’t ask for more than that,” Hammond said. “It was the same crew who were quick at Snetterton and we all raced hard but gave each other space. You didn’t want to be leading on the final lap and I thought that I’d get overtaken but managed to hold on.

“I just tried to brake as late as I could and then I ended up sideways but the car just gripped the right moment. I could see Dominic trying to get ahead, but that wasn’t going to happen!”

Second for Wheatley marked his second podium of the season, and his best result of the year to date for PerformanceTek.

“That was a fantastic race and if it was as exciting to watch as it was to be part of, I’m sure people enjoyed it,” he said. “The racing was close but people respected the conditions and each other. You didn’t know whether to watch the mirrors to defend or try to attack; it was great!”

The fight for third would be equally as frenetic, with Saunders completing an impressive recovery from his penalty to take his second podium of the year in third for the family-run 298 Motorsport team, with Capozzoli the one to miss out on silverware as he crossed the line in fourth spot.

Nicky Taylor had been one of the drivers embroiled in the victory fight throughout but ended up with fifth spot ahead of EXCELR8 team-mate Josh Porter, with Charlie Mann seventh having dropped away from the battle for the win when he was forced to take a trip across the grass at the final complex. Mann would however secure the Graduate Cup.

Elsewhere. Morgan Wroot posted the fastest lap to secure six bonus points but finished down in 18th spot after a spin at the final chicane, whilst Alex Jay dropped out of the top ten after being forced to pit with a puncture.

Despite the conditions, all 30 starters made it to the finish. 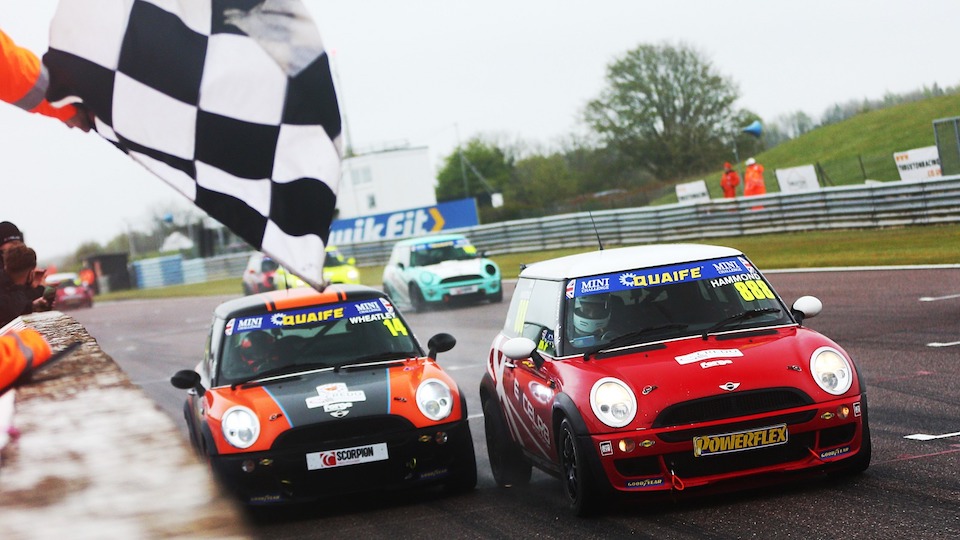 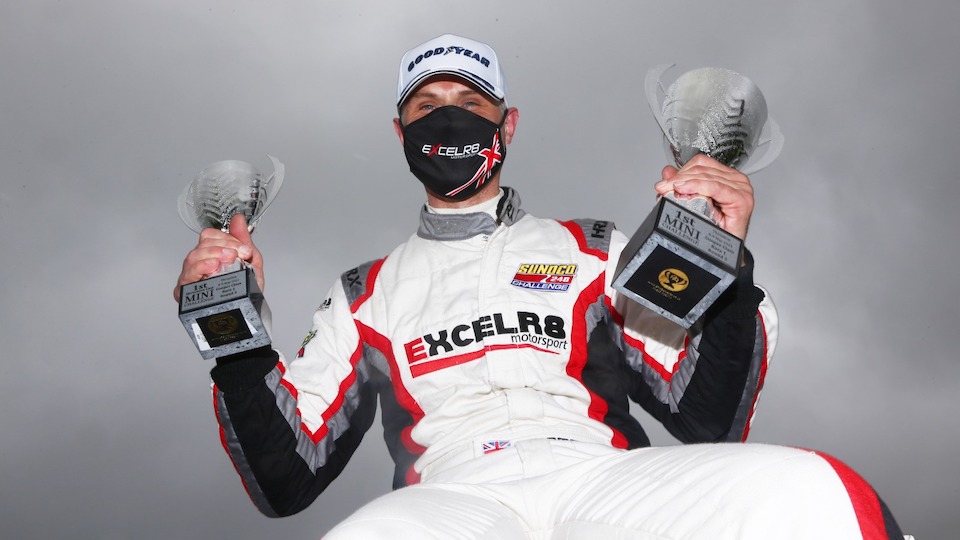 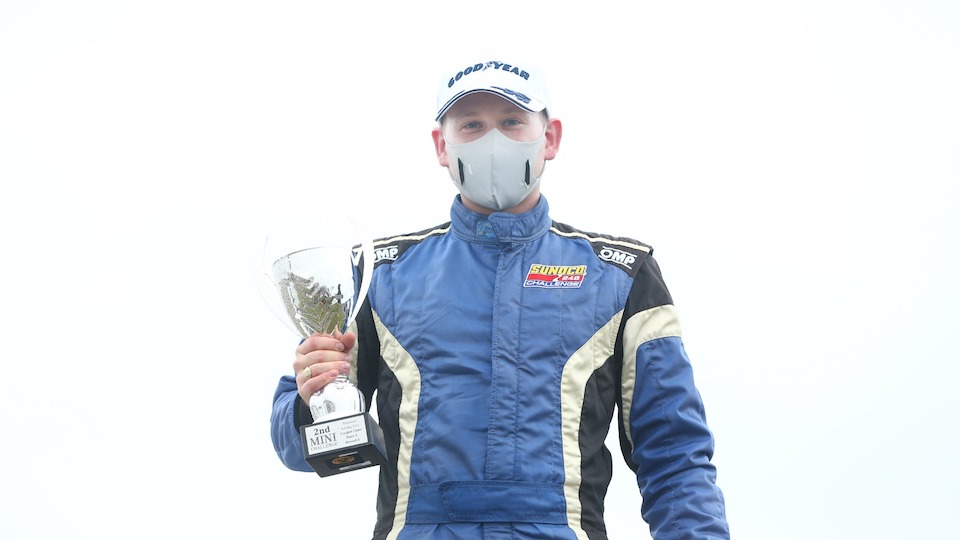 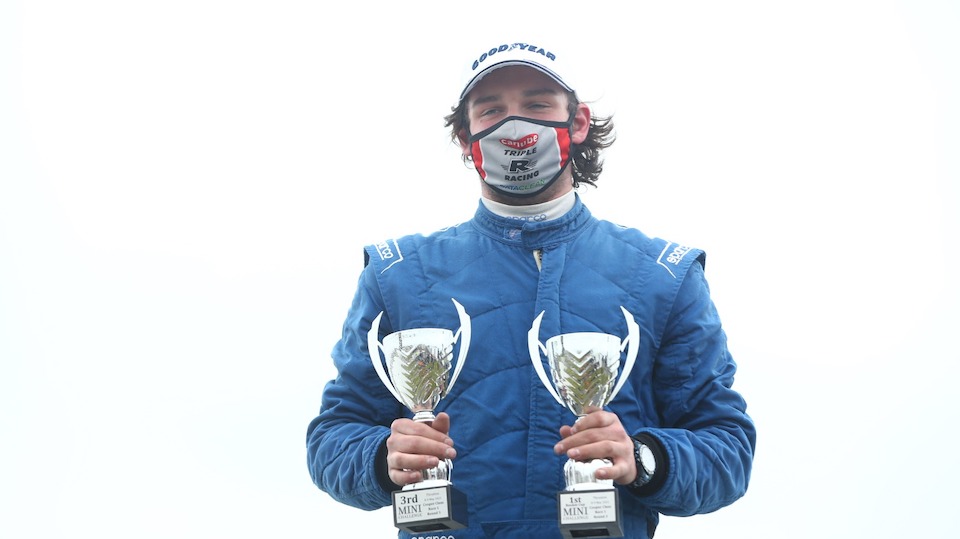