Defending champion Harry Nunn succeeded where his rivals had failed earlier in the day after breaking the tow at Thruxton to secure his first win of the Quaife MINI Challenge Trophy season.

In a race that was shortened as a result of a first lap clash that saw three cars forced into retirement, Nunn produced a fine drive from ninth on the grid to secure what was ultimately a comfortable first win of the campaign for AReeve Motorsport.

The initial start had seen pole sitter Matt Hammond retain his lead off the line ahead of Dominic Wheatley and Lewis Saunders, but the action was then halted after an incident at the Campbell / Cobb complex.

Having started from fourth on the grid, Louie Capazzoli was looking to try and break onto the podium but instead saw his race ended early as he was one of the four drivers to be caught up in the incident along with LDR Performance Tuning team-mate Mike Paul, Mad4Mini’s Morgan Wroot and Lee Pearce Racing’s Clark Wells.

Wells was the only one of the four who would be in a position to take the restart, with the remaining three cars all left requiring plenty of work overnight if they are to take the grid for race three.

After the incident had been cleared, the race was able to restart from the original grid positions but with little more than twelve minutes on the clock, with Hammond again holding the lead off the line when the lights went out, with Saunders getting the jump on Wheatley for second.

By the time the field came storming up Woodham Hill however, Wheatley had reclaimed the position as Saunders was shuffled back down the order and then launched a move for the lead on Hammond into Club; being followed through by EXCELR8’s Nicky Taylor.

Nunn meanwhile had enjoyed a storming opening lap to jump up into fourth spot, and the then took third on the second lap when Wheatley took a trip across the grass whilst dicing with Taylor and Hammond at the chicane.

Hammond was then the man to lose out when he lost momentum on lap three, which allowed Nunn to move up into second behind Taylor, and a lap later the champion was ahead, quickly breaking a second clear of the chasing pack.

Able to break the tow to Wheatley behind, Nunn was untroubled out front and was nearly two seconds clear when the chequered flag was thrown at the end of the seventh lap, giving him a relatively comfortable victory.

“I enjoyed it out front away from any carnage!” he said. “It’s hard to get the break here with the tow making such a difference and I was surprised to get that advantage, but I just pushed to build the advantage and to get the win is great.”

Wheatley would be unable to keep pace with Nunn as he repeated his second place finish from earlier in the day, his position not coming under serious threat as a result of an increasingly frenetic battle for third between Taylor, Josh Porter, Alex Solley and Hammond.

Porter would eventually prevail as he edged out Taylor – who scored fastest lap – with Solley taking fifth from Hammond on the final lap when he got out of shape at the final corner and lost momentum onto the straight.

“It was a great race,” Porter reflected. “It was getting a lot wetter as the race went on and the circuit was more slippy and it was hard to defend from Nicky. Somehow I managed to hold on and that is why we all race – to swap positions and fight hard without just hitting each other.”

An impressive run from Nelson King saw him come through from 20th on the grid to claim seventh spot as he led the next train of cars, taking the flag just ahead of Brendan Fitzgerald and Tyler Lidsey. Leonardo Panayiotou – a winner at Thruxton last season – completed the top ten.

Having been in the mix at the start, Saunders would end up down in 14th place which was two spots down on Alex Jay, who was another driver to race through the pack having started right at the back of the field after his puncture in race one.

Aside from the three drivers involved in the race-stopping incident, James Parker and Lee Pearce were both forced to retire – the latter with his car steaming heavily – whilst Paul Manning was unclassified after a pitstop. 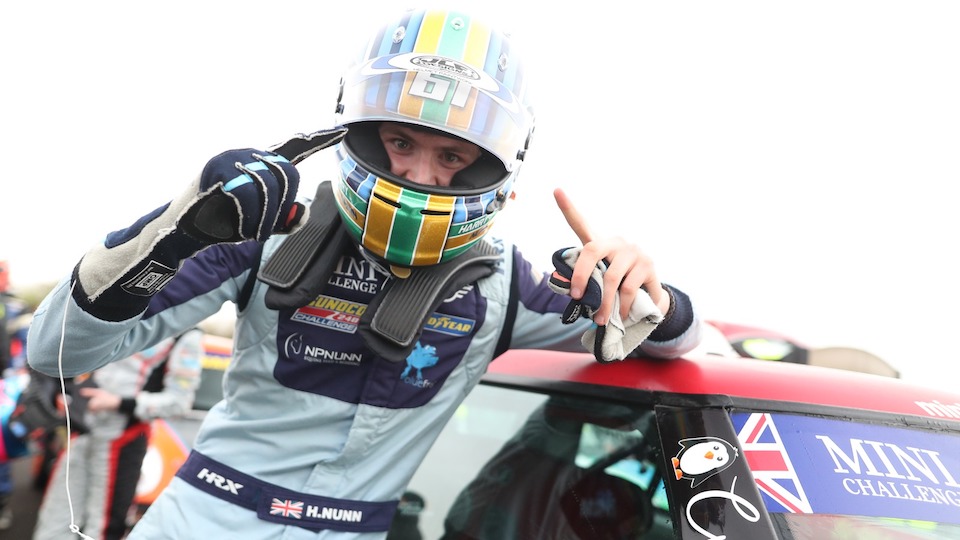 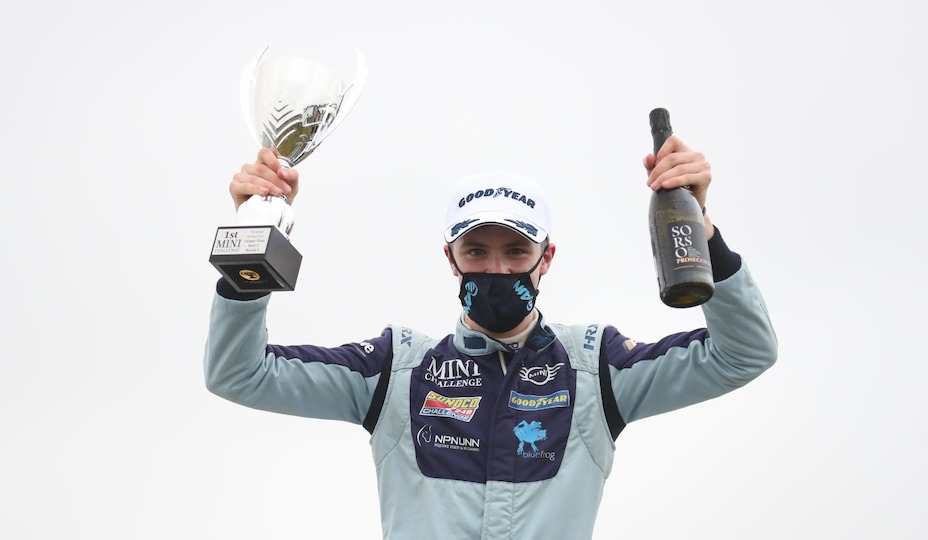 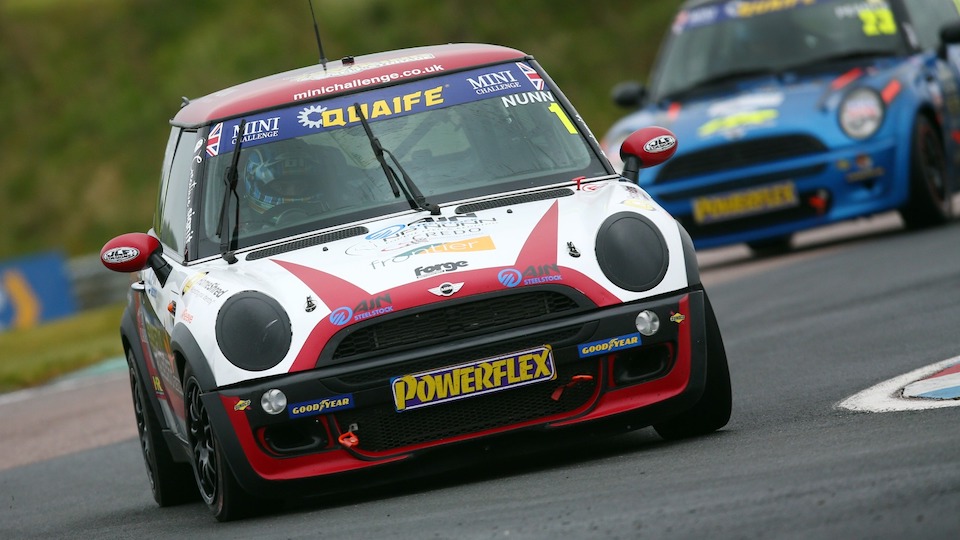