The Thruxton round of the Quaife MINI CHALLENGE Trophy proved to be one of the most action-packed of the 2020 season, and it looks very much like the same will be true again when the series returns to the Hampshire circuit this weekend for the second round of 2021.

The season-opener at Snetterton two weeks ago provided a pair of dramatic races to kick-start the fight for the championship title, and that battle is set to intensify around the fastest circuit on the calendar as it plays host to the first of four triple-header meetings due to take place this year.

It also marks the first time this season that the packed grid of Cooper class cars will race on the support package for the British Touring Car Championship, providing the field with a chance to showcase their skills in front of a bumper TV audience on ITV4.

Heading into the weekend, it is local driver Matt Hammond who heads the standings on the back of an impressive return to action during the opening round.

Despite the fact he hadn’t raced since winning the 2017 title, the EXCELR8 Motorsport driver produced a stunning performance in qualifying at Snetterton to secure pole position, and then converted into into the first win of the year in the opening race.

A solid fourth place in race two, where he missed out on the podium places by just 0.025s, means the Salisbury-based driver holds a ten point lead in the standings, although – unlike his main rivals at the front – Hammond has never previously raced at his home circuit.

The chasing pack at the early stage of the season is headed by Dominic Wheatley after he enjoyed a solid start to his year with PerformanceTek Racing. A best finish of third place in race two came at the end of a weekend where Wheatley was in the mix throughout, and means he sits a point clear of Lee Pearce.

Graves Motorsport driver Pearce was the pace-setter in the pre-event test at Thruxton – which was held nearly a month ago – and was able to carry that speed into the Snetterton weekend as he picked up the race two victory.

That win came in dramatic fashion following a drag race to the line with defending champion Harry Nunn; the margin between the two being so close that it required a photo finish before the victory went to Pearce by just 0.010s.

Nunn lies fourth for AReeve Motorsport and is level on points with privateer entry Ricky Page who, like Hammond, returned to the series after a lengthy spell away at Snetterton. In Page’s case, his time out of action went back some six years, making a best finish of second after his last minute decision to lodge an entry all the more impressive.

With MRM’s rookie driver Nathan Edwards holding sixth spot after a brace of top ten finishes in Norfolk, six different teams are represented in the leading six places – giving an indication of how competitive the 2021 season is already shaping up to be.

EXCELR8 pair Leonardo Panayiotou and Josh Porter sit seventh and eighth in the points following the Snetterton opener, but both went well at Thruxton twelve months ago – with Panayiotou producing one of the drives of the season to win race two from 22nd on the grid, and Porter securing a pair of podium finishes.

Close behind, Louie Capozzoli holds ninth spot as the leading driver for LDR Performance, with his pace at Snetterton – where he posted the fastest race lap – showing that he is more than capable of running at the sharp end of the grid.

However, issues in race two restricted his points score from the opening round and it was a similar story for Misty Racing’s Alex Jay, who rounds out the top ten. Jay however heads to Thruxton on the back of a strong showing in the pre-event test, where he ended up with the second quickest time behind Pearce.

Further down the standings sit a number of drivers who will be looking to make up ground after the opening round, including another pair of drivers who ran at the sharp end during the Thruxton test.

Morgan Wroot was third on the times for Mad4Mini during the test and has work to do after the Snetterton meeting, where a DNF in race one after contact with EXCELR8’s Nicky Taylor saw him start his season with a no-score. Taylor is also playing catch-up in the points as a result.

Series newcomer Lewis Saunders – fourth quickest in the test – will also be looking to make up ground after being hit with a points penalty following an incident in the second race of the Snetterton meeting, with the reigning Junior Saloon Car champion also carrying an eighth place grid penalty into the weekend as a result.

Saunders, who is run by the family 298 Motorsport team, had scored a podium at Snetterton and will work alongside Graves Motorsport this weekend as he seeks to embrace the challenge of competing at Thruxton for the first time in the Cooper.

With the likes of Tom Ovenden (EXCELR8), Alfie Glenie (Graves Motorsport), Alex Solley (AReeve Motorsport and Mike Paul (LDR) having also shown impressive pace at Snetterton, this weekend’s three races promise to be full of action with the first two taking place on Saturday at 14:10 and 17:40.

Those opening two races will benefit from live audio commentary on the official BTCC website and app, with race three at 12:55 on Sunday airing live on ITV4. 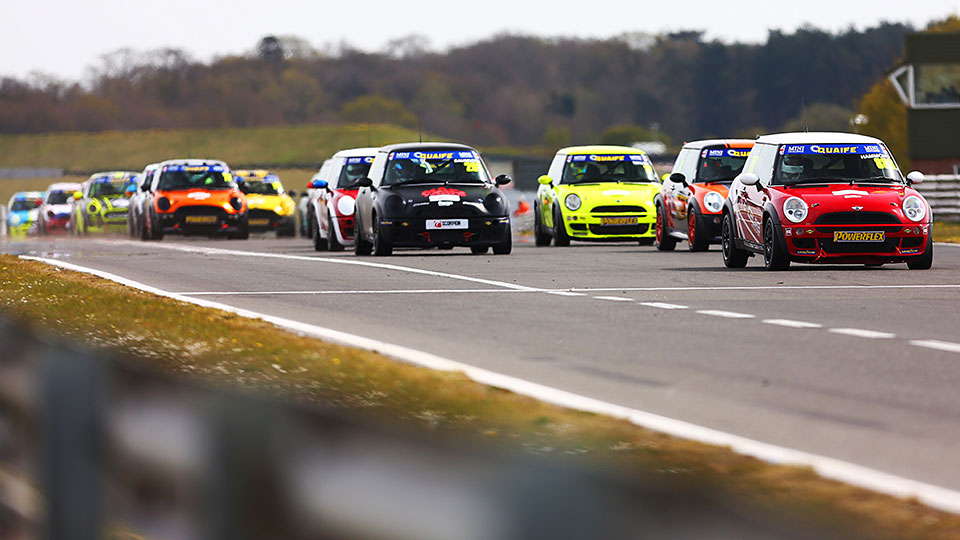 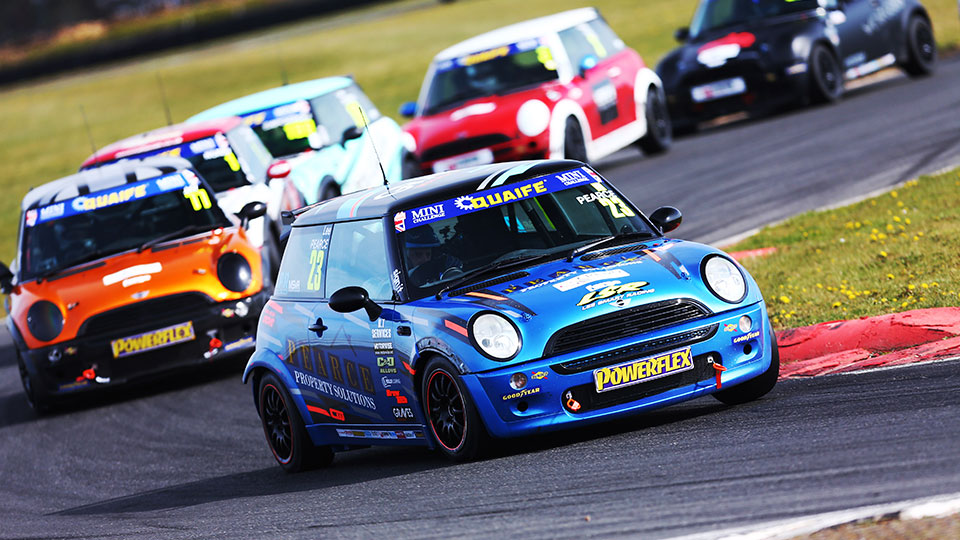 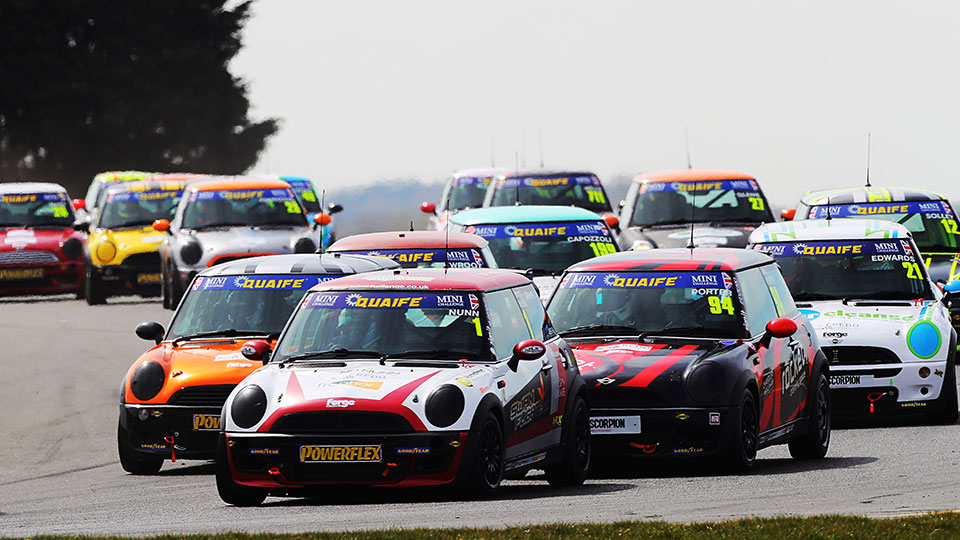 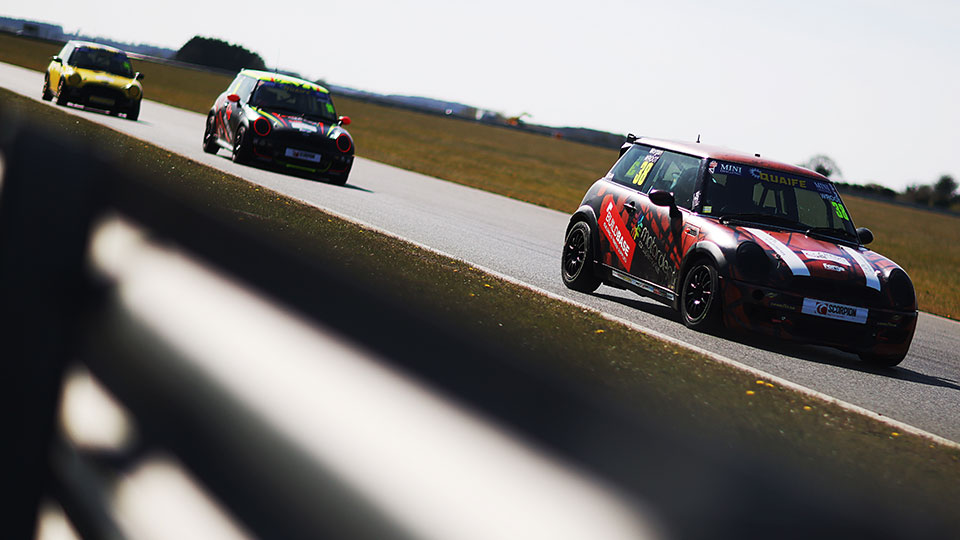 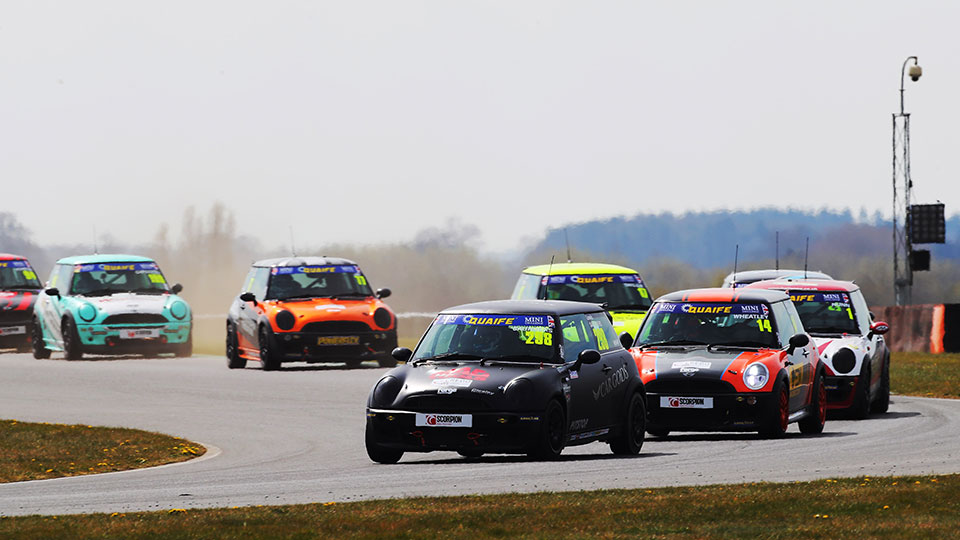