The Virtual Reality Racing Club organised MINI CHALLENGE UK Official eSeries ended it’s second season last weekend at the iconic Brands Hatch GP.  With the winners of each part of the championship sewn up the racing was as good as ever with battles right down the order for commentators Richard John Neil and series director Antony Williams to discuss.

Mike Epps showed his pace once again in qualifying to set the only time in the 1 minute 54 seconds, a very impressive time.  Jordan Brennan who has also had a very strong season lined up second ahead of youngster Max Edmundson, looking to cement second in the real-world driver standings.  Dan Zelos was 4th, one of his best qualifying sessions of the season and double Champion Dave Marshall rounded out the top 5.

Whilst the front row of Epps and Brennan made a great start there was carnage behind.  As the pack concertinaed into Druids for the first time Zelos careered into the back of Edmundson which dropped both down the order.  A brief safety car period was used to bunch everyone back together and at the restart those at the front stayed line astern.  Down the field Max Coates, Jack McIntyre and Dan Zelos all made progress after they dropped positions in the first lap tangle.  A lap later Jordan Brennan dropped a wheel in the gravel on the exit to Paddock Hill bend and lost out to Marshall on the run into druids.  As they battled Epps checked out and built a 1.5 second gap.  The front four were welded together, Ryan Elliott joining in on the action.  Behind Josh Martin had escaped the group behind and set about catching those ahead.  Damian Hall and Simon Reed were battling hard for the final points scoring position in 15th and 16th.  With just a few minutes left on the clock Zelos and Josh Hislop touched going into Paddock Hill bend which sent the former flying off.  On the penultimate lap Brennan passed Marshall exiting Hawthorns and immediately gained a small gap.  Epps meanwhile, extended his winning margin to almost 4.5 seconds with Brennan keeping 2nd ahead of Marshall.  Elliott remained in 4th with Josh Martin 5th.  Jack McIntyre recovered from a few slides off track to finish in 11th and would share the front row with Andy Dorman for race two.

Dorman got away well but McIntyre switched back to the lead into druids.  Behind a squabble between Josh Hislop, Luke Kidsley and Jack Noller in the Cooler Master sponsored MINI spread the field.  Max Coates emerged in 3rd position as Ryan Elliott threaded his way through the carnage to sit 4th.  McIntyre started to escape at the front as race one front runners Epps, Marshall and Brennan got into the top sat 5th, 6th and 8th by the end of lap two.  Also on the rise was Dan Zelos, coming from a lowly start position.  Under pressure from Elliott, Coates made a mistake and hit Dorman, sending them both wide and allowing Elliott through to 2nd.  Marshall and Epps made it past Dorman as Zelos and Brennan lined the Eden Garage Services car up for a pass.  Coates then tried to pass Elliott at Surtees but the pair collided, loosing time to Marshall and Epps behind.  As Marshall passed Coates, Epps passed the pair.  At the same time Zelos passed Dorman whilst Josh Hislop tried to take advantage too.  A lap later Epps made it into 2nd passing Elliott and began the hunt on McIntyre.

At mid-race distance Coates clipped the inside kerb at the final corner allowing Marshall into 4th.  Epps’ gap on McIntyre was reducing corner by corner.  Coates fell back into the clutches of Zelos and as the pair battled it brough Josh Hislop, Max Edmundson and Jordan Brennan into the mix for 5th place.  Marshall and Elliott began battling too with Epps moving ever closer to McIntyre.  Marshall managed to lunge up the inside at Paddock Hill as did Coates on Zelos.  Whilst Marshall managed to escape, Coates and Zelos battled continually.  As the race entered the final lap Epps had closed the gap to only 2 tenths of a second.  Marshall had cleared space in 3rd and Elliott a solid 4th.  Epps made a move at Surtees, a late braking effort up the inside.  With the smallest of contact, he was through.  Coates and Zelos ran side by side through the whole GP part of the circuit on the final lap.  As the leading pair entered the final corner McIntyre drew level but Epps defended the inside line to take the win.  Likewise, Coates did the same to hold of Zelos to finish in 5th and 6th respectively.  Behind them Max Edmundson took 7th and with it 2nd in the real world driver standings, he was followed over the line by Josh Hislop, Jordan Brennan and pole sitter Andy Dorman who took his first top 10 of the season.

That concludes the MINI CHALLENGE UK Official eSeries for the second time with Dave Marshall the overall and ‘sim-racer’ champion and Mike Epps 2nd and top ‘real-world’ driver.  The third edition of the series is hoped to start later in 2021 with changeable weather conditions an addition to the championships appeal.

Rich Hayden, founder of VRRC said “It’s been another brilliant season of action in the MINI CHALLENGE UK Official eSeries, thanks to Antony Williams for entrusting VRRC with its operation. We have enjoyed organising and promoting it on behalf of MINI CHALLENGE again and look forward to season three which will include variable weather conditions. Congratulations to Dave Marshall and Mike Epps for winning their respective championships and thank you to all the drivers who took part. I’d also like to extend my thanks to Mike Yau at Simply Race for his live streaming support, Andy Ringland for clerking the series and Max Coates of High Row Marketing for the promotional work on the eSeries. Bring on season 3.  Richard John Neil is the unmistakeable voice of this series and has done a stellar job working alongside a diverse range of co-commentators who have added their own twist to each event.” 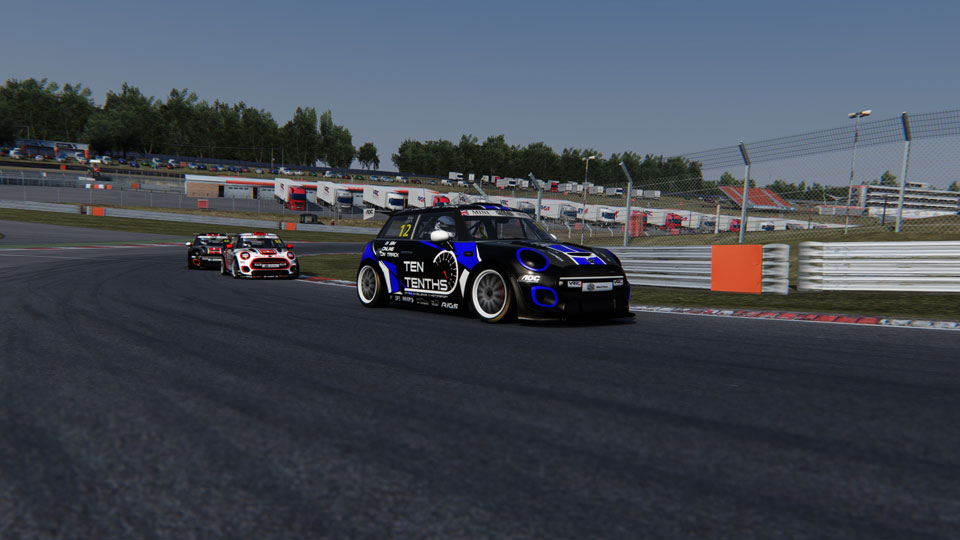 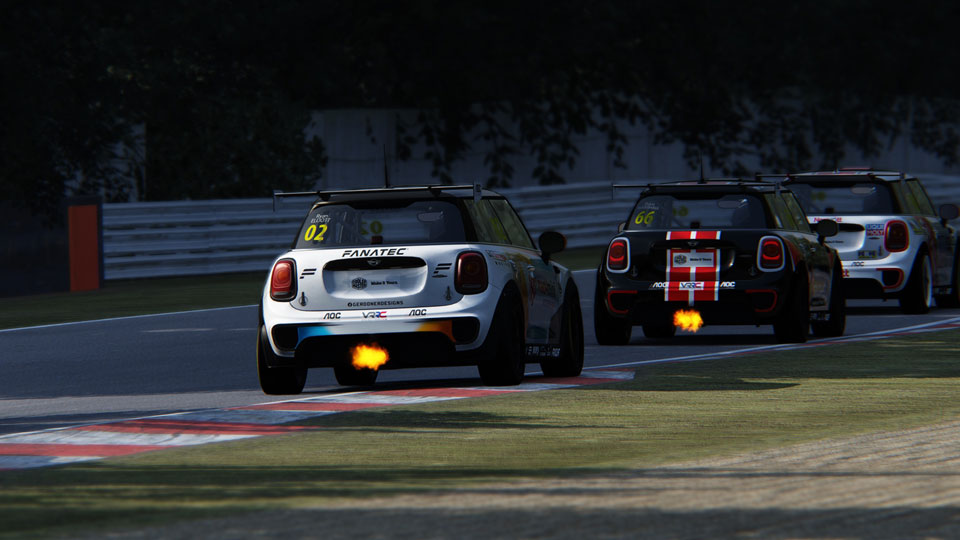 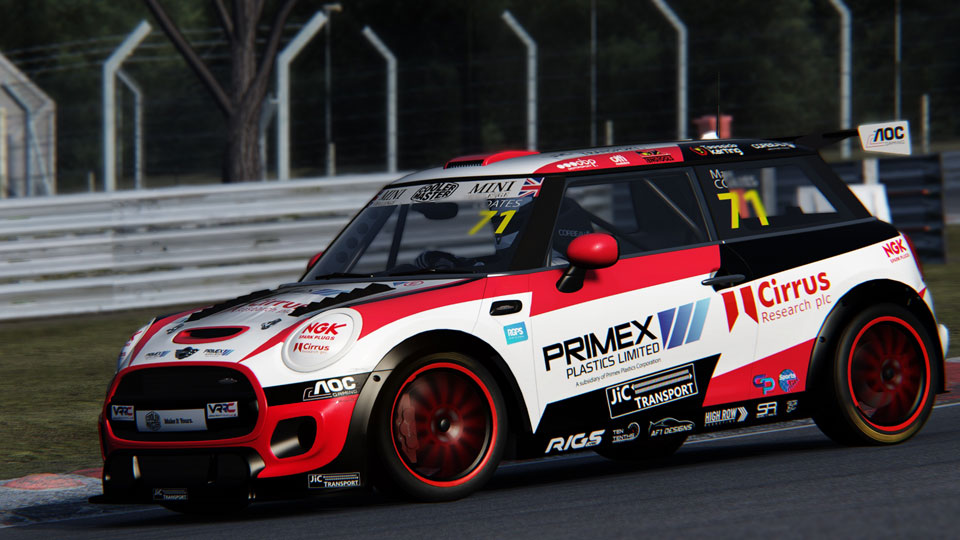