MINI ESERIES CHAMPIONS CROWNED AT THE HOME OF BRITISH MOTORSPORT

It was a common sight at the top of the qualifying order with Dave Marshall and Mike Epps sharing the front row.  Jordan Brennan kept them honest in 3rd and a best eSeries qualifying for Dan Zelos saw him in 4th.

The order stayed much the same in the top ten at the start of the race, but the front three immediately gapped the rest of the field.  As the race developed Marshall and Epps drew away and Zelos began to drag the pack from 4th – 8th back towards Brennan, the final podium position holder.  That was until a little tap from Epps on Marshall’s rear end sent the Ten Tenths Coaching pair into a slide.  Marshall escaped but behind they closed up.  After it settled it was Jordan Brennan that lost out to the charging Dan Zelos, who started to battle with Jack McIntyre too.  Whilst the order down to 10th seemed settled, the battle for the following places and indeed the reverse grid pole was anything but.  A four-car train all battling for positioned 10th – 15th.  As the race drew to a close the closest battle was between Zelos and Brennan, Zelos managing to hold on to a well-deserved first eSeries podium.  Jack Noller claimed one of his best results of the season in the Cooler Master backed car, in 9th place.  He was followed home by the recovering Ryan Elliott who came back from a first lap skirmish for a solid result.

Race two started with the RIGS eSports team of Isaac Smith and Rob Butler on pole.  They made the most of the start as did Ryan Elliott who was unfortunate to get hit by Max Coates as went for a gap at the third corner.  The pair continued but battled as the lap progressed, allowing the team mates upfront to build a 1.5 second gap.  Dave Marshall got a dream start, straight up to 7th position at the end of lap one, by contrast Epps slipped back to 12th.  The Elliott, Coates battled started to hot up as Smith and Butler worked together to build a gap.  After a few laps of pressure Coates put the pass in and got round the outside at the final chicane to make it onto the podium.  Immediately Elliott had to defend allowing Coates a gap, he began his chase of the leading pair.  Marshall, meanwhile caught the back of the pack battling for the final podium position in which his chief sim-racer category title challenger, Jack McIntyre made his way to the front of it.  That didn’t last long though, as McIntyre and Elliott battled it opened the door for Marshall to just drive through into 4th.  The race seemed as it would settle, with the top 7 all in their only little space on track.  Behind Jordan Brennan and Mike Epps found their way through and would begin to push to catch up.

As the clock struck the half way point Smith and Butler tangled, putting both into a slide and allowing Coates and Marshall to close in.  Coates made the pass on Butler who immediately battled back, they scrapped for corners before Dave Marshall managed to find his way through.  Coates pounced back but ultimately lost out to Marshall.  It allowed McIntyre and Edmundson to close in on Butler who started to defend.  With Coates and Marshall in pursuit of the leader, Smith, behind McIntyre and Max Edmundson escaped the clutches of Rob Butler and began their own battle.  Coates and Marshall started working together but ultimately, they ran out of time to catch Smith in the lead.  The top 5 all remained in the same position with Epps coming through to 6th ahead of Zelos, Brennan, Elliott and Richards.

Dave Marshall said “That race meant a fair bit, I put the hours in to be as prepared as I could be.  The second race was one you dream of, every time I caught the pack in front, they battled two by two and left a gap for me.  I got through to Max quite quickly but I’d pushed so hard to get there I didn’t have the pace to catch Isaac at the end.  I’m chuffed to take the rounds in the MINI CHALLENGE for real and can’t wait to get out there in real life.”

The final round of the eSeries season comes from Brands Hatch GP this weekend as the final championship positions look to be confirmed.  The race will be live streamed on the MINI CHALLENGE UK YouTube and Facebook pages from 9:45am on Saturday morning. 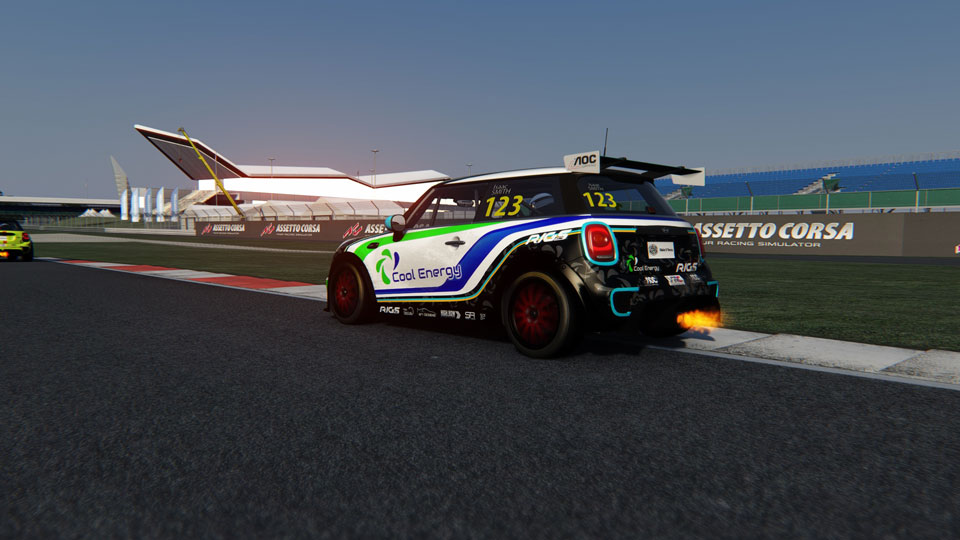 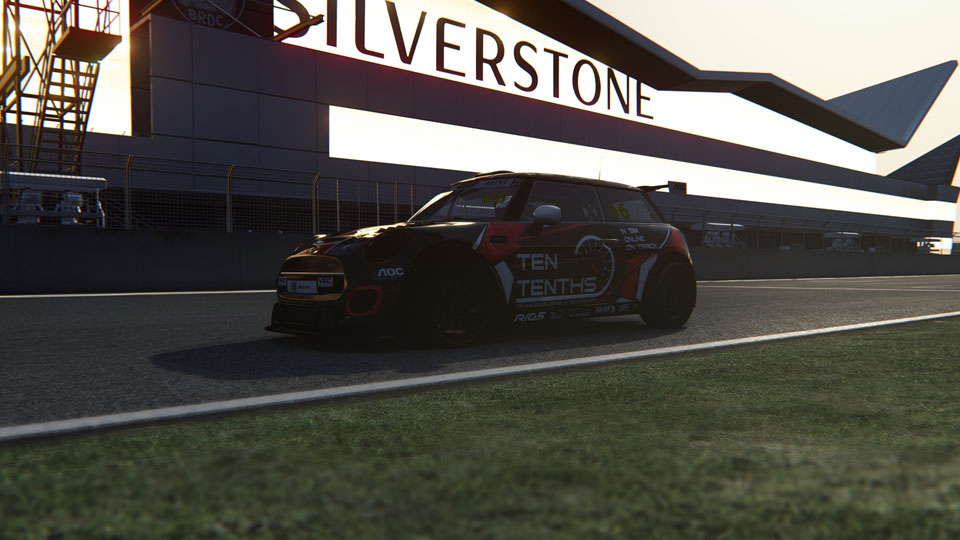 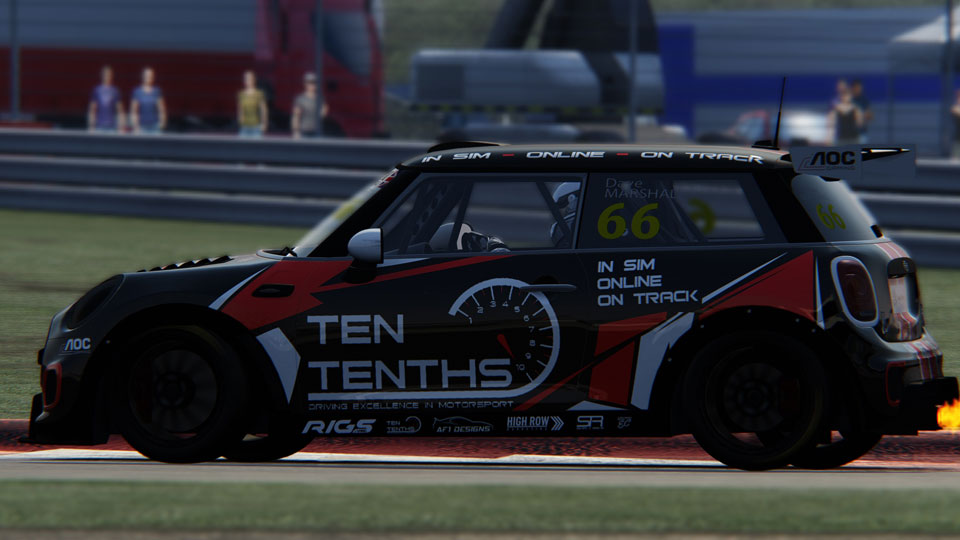 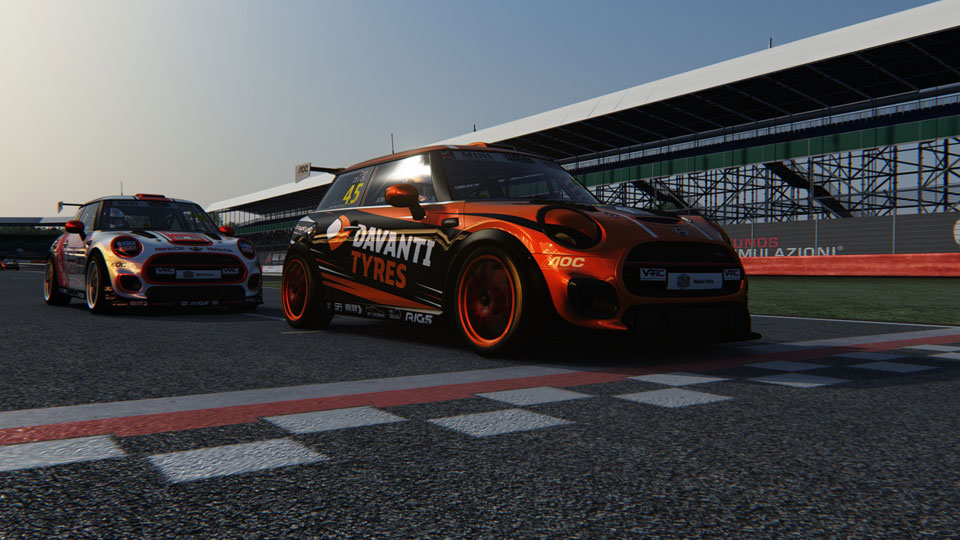