CAPACITY COOPER GRID SIGNED UP AHEAD OF BUMPER 2021 SEASON

During a sleepy winter for the United Kingdom, the feet have been tapping, of drivers eager to step back into their beloved race cars. As the country starts to plan its roadmap out of lockdown, the 2021 MINI CHALLENGE grid has already filled up, with 36 entries for the Cooper Class.

Making its break onto the TOCA package in 2021, the Coopers proved a rounding success for all those involved. A constantly swinging championship battle combined with live races shown on ITV4 for the first time, accelerated the Class into the hearts and minds of the general public.

Come seasons end it would be Harry Nunn who emerged victorious ahead of series veteran Dominic Wheatley in a tense title battle that came down to the closing laps.

For those who enjoyed the thrills and spills of their championship exploits, fans will be delighted to hear that both are set to return, with Nunn first announcing his intention to defend his title as early as the final race of 2020. Of course, they won’t be the only front-running faces being brought over from last year, as fellow young gun Josh Porter makes a welcome return. Last season the EXCELR8 Motorsport driver secured four podiums on his way to fourth in the overall standings. For Porter and Wheatley this will be their third full year in the category as they look to break into the upper echelons of Touring Car racing.

2020 was a season to celebrate for Aaron Reeves team, AReeve Motorsport won the overall and rookie title with Harry Nunn and thanks to third place Archie O’Brien recorded an impressive six podium finishes, including one overall win.

Other familiar faces will also be returning as race winner Leonardo Panayiotou and podium finishers Lee Pearce and Alex Jay return to stamp their authority on the title battle. Panayiotou had one of the multiple drivers to have lead the standings at one point last year, but failed to maintain his momentum all season long. Now with Jay and himself in their Graduate season, the pair will aim to ensure the story is far different this year.

Making Guest appearances at the back end of last season that included a reverse grid pole position, Louie Capozzoli will be aiming for a strong season, joining fellow returnees. Nicky Taylor was another Guest at last years season finale and will look to follow up from his third place in the rookie class in the final race. Another late season entrant, Nathan Edwards, finished second in the rookie standings on his debut and with experience of MINI’s on top of the Renault Clio Cup, will be a driver on everyone’s radar.

The experienced Morgan Wroot is another confirmed for the year ahead, as well as the familiar faces of Adrian Norman, Paul Manning, Ben Jenkins and Clark Wells. Areeve Motorsport’s James Parker will strive for silverware this year, as 2020 LDR Performance Racing teammates Charlie Mann and Brendon Fitzgerald complete the returning faces. Fitzgerald meanwhile, is joined by his brother Michael.

On top of the regular faces, the MINI CHALLENGE is proud to welcome a glut of brand new talent. The top two from last years Junior Saloon Car Championship have made the leap across with 2018 and 2020 champion Lewis Saunders looking to take his career to the next level. He’ll be anticipating stiff competition from his former rival Alex Solley who will be joining AReeve Motorsport. AReeve also providing testing for Piers Henderson in 2020, as the 16 year old karting champion looks to step into the big leagues.

He’s not the only driver switching series as Joe Wiggin makes the step from the Mazda MX-5 Championship in which he finished 3rd in 2019, a former vice BMW Compact Cup champion, he joins the likes Tyler Lidsey, who TOCA fans will remember from his time in the Renault UK Clio Cup, in which he recorded a podium in 2019. The former Clio Cup Road Series vice-champion gunning to prove himself as another of MINI CHALLENGE’s talented stars to watch out for.

John Mcgladrigan will be looking to make a name for himself in the UK having previously competed in the Scottish R53 MINI Cooper S Cup, ensuring he should be familiar with the car. Tom Ovenden spent 2020 racing in the British Rallycross Championship – 5 Nations Trophy ensuring he’ll have a much different learning curve to the other rookies as he adapts to circuit racing for the first time. Completing the list of rookies is Jonathan Sargeant, Barry Holmes and karting graduate Nelson King.

Due to the recent government and Motorsport UK announcements, the series is eagerly anticipating the first round of the season on 24 April 2021, where the Cooper Class will first see action at 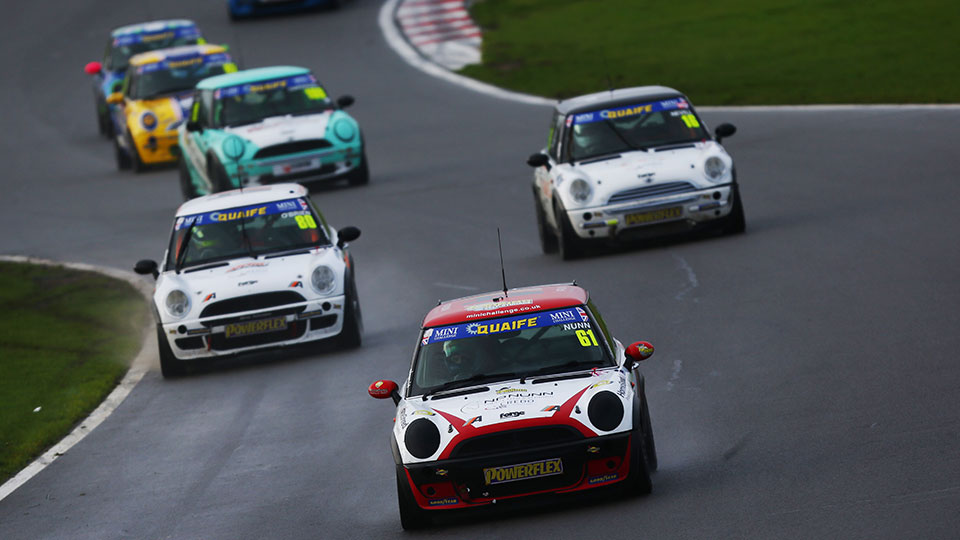 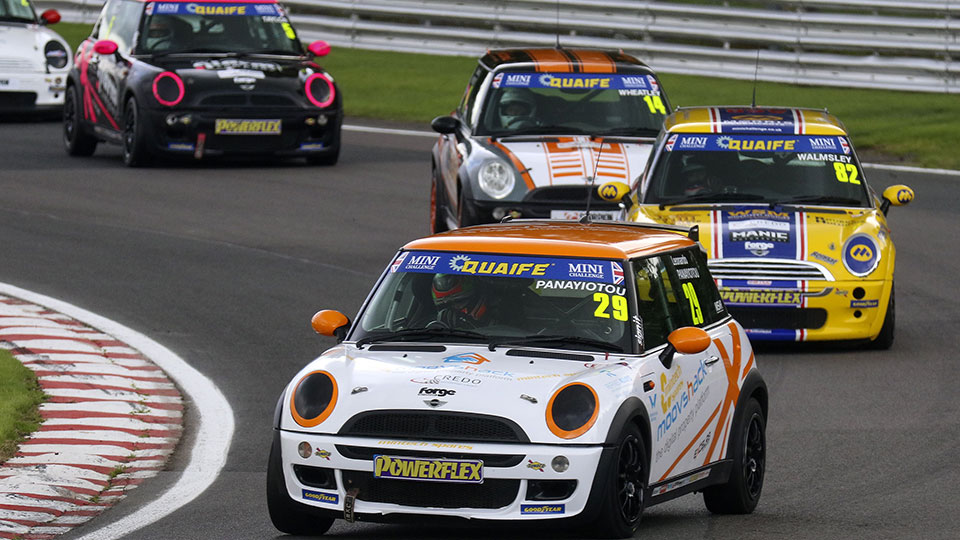 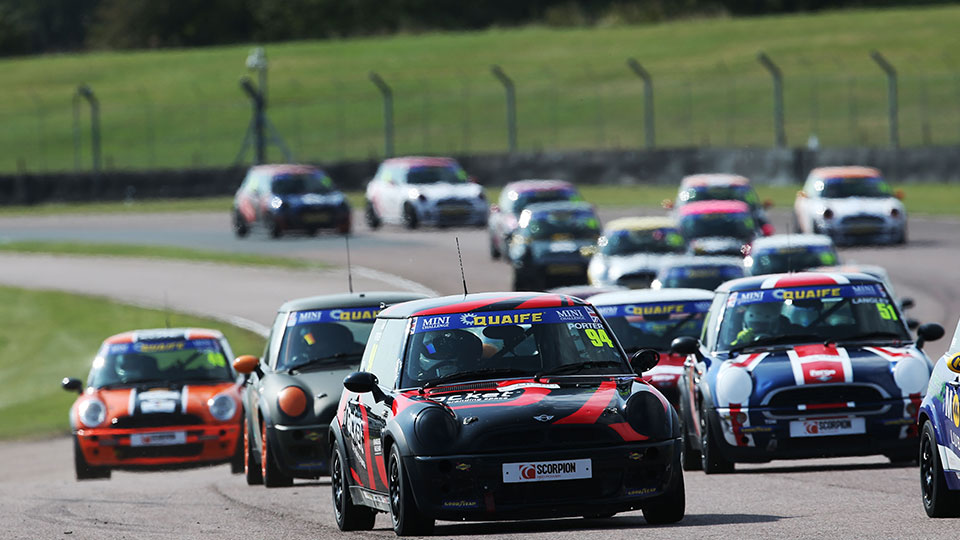 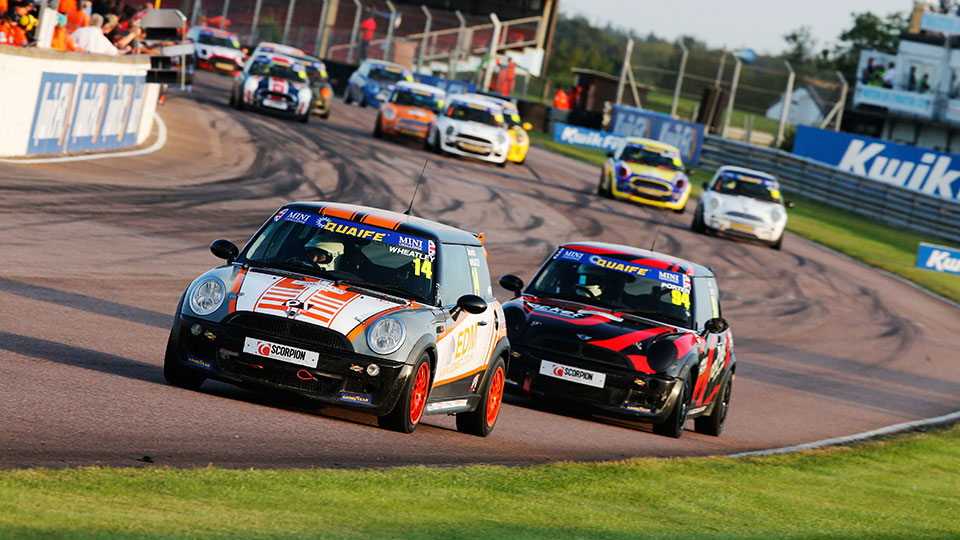