Mike Epps set the pace in the early part of qualifying whilst the others left it late.  Jack McIntyre and Isaac Smith held 2nd and 3rd for much of the session from Dave Marshall in 4th.  With just 20 seconds to go Marshall popped up into 2nd place to share the front row with his teammate, Epps.  As the flag fell though, a last-ditch attempt from Max Coates boosted him up to the front row, thanks to a slipstream from Dan Zelos.

At the start of the first race Epps made the better start, Coates bogging and immediately under threat from McIntyre and Marshall behind.  The positions stayed largely static with the exception of Isaac Smith who dropped to 8th.  Epps immediately gained a gap and with a Marshall, McIntyre battle brewing behind, he cleared off into the distance and ultimately claimed the win.    The battle for second culminated in a last lap overlap for McIntyre, but that’s as much as it came too.  Coates, Jordan Brennan and Isaac Smith bunched up at mid-race distance.  Smith, in the RIGFS eSports team managed to gain a spot on Brennan but ultimately had to pit before the end of the race to serve a drive through for track limits.  Simon Reed managed to climb his way up to 15th which was his first points scoring finish of the campaign, a particular highlight that made him a nomination for driver of the day by commentator Richard John Neil.

Ryan Elliott held pole position for race two and managed to get a gap as Josh Martin, Dan Zelos and Rob Butler immediately battled.  As the pack started to squabble Max Edmundson emerged as the the lone getaway driver.  He began to chip away at Elliott’s leading gap.  The battle continued behind, eventually Brennan, Coates and Marshall emerged. Marshall seemed to be in a multi-lap scrap with both, ending with Brennan escaping in chase of Elliott and Edmundson upfront.  With five minutes to go Edmundson was on Elliott, and immediately began to apply the picture.  The battle allowed Brennan to close and as he did, Edmundson and Elliott clashed allowing Brennan through and immediately a small gap.  Edmundson found his way past Elliott and also got a gap as Coates, Marshall and Elliott began the last lap 3 abreast, and it stayed that way.  Coates managed to get into 3rd entering the final corner with a round the outside move at Brooklands, Elliott though found a gap and made his way through to claim the final podium spot.  Like in race one, a new points finisher found themselves in a top 15 position, Thomas O’Farrell collecting his first points of the season.

Jordan Brennan took the biggest points hall of the race weekend and afterwards said “It was alright that, I saw everyone battling and I thought I just have to get on with this here.  Thankfully Max and Ryan went wide and that gave me the gap to just drive through.”

The penultimate round of the eSeries comes from Silverstone International tomorrow (27th February) as the drivers at the front of the standings battle it out to be champion.  The race will be live streamed on the MINI CHALLENGE UK YouTube and Facebook pages from 9:45am on Saturday morning. 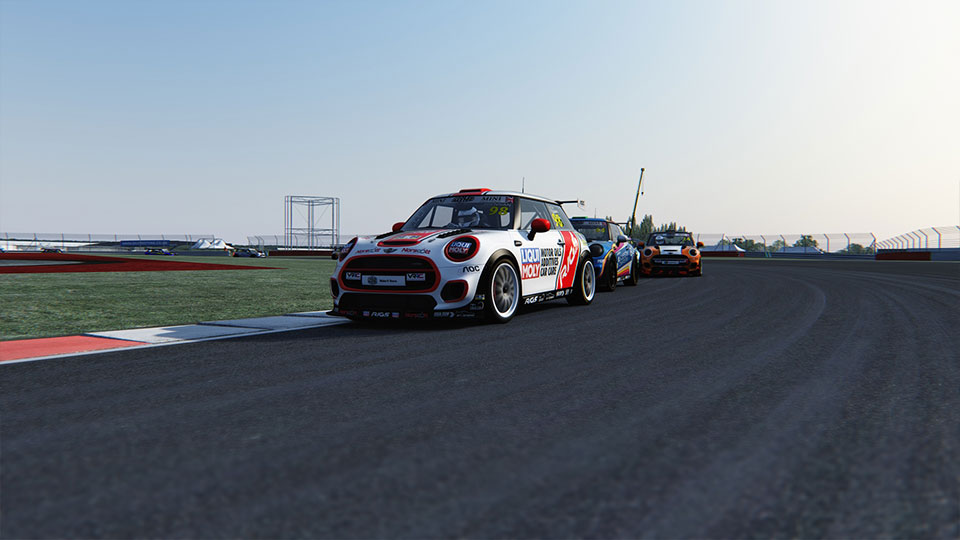 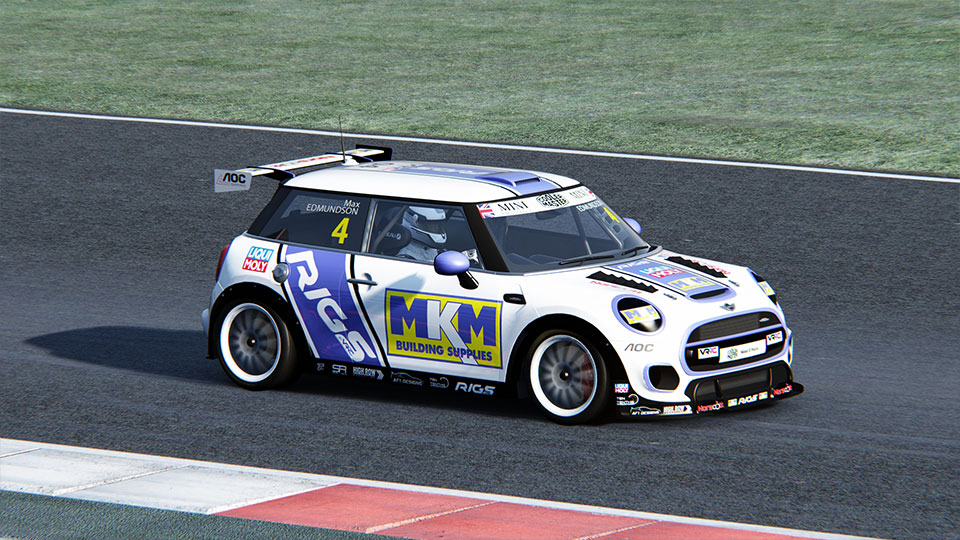 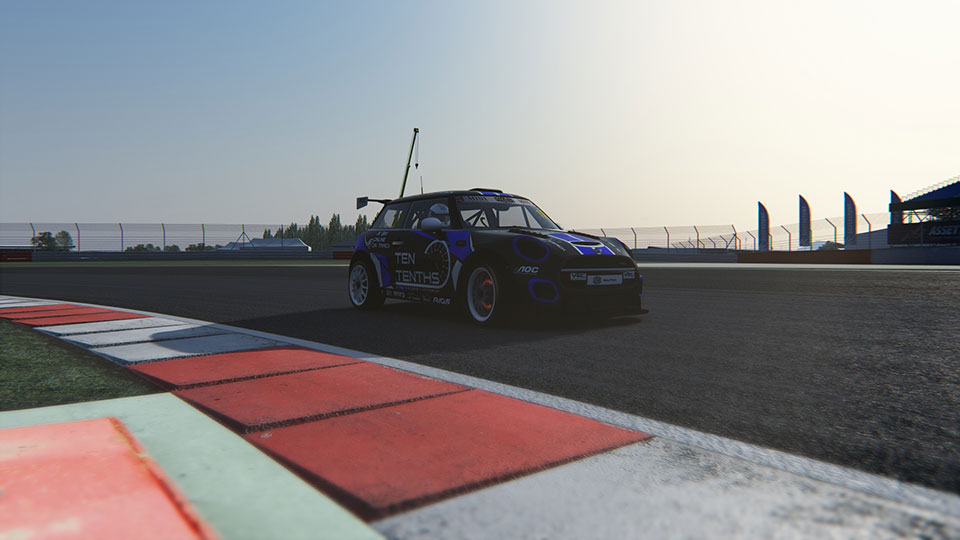