Jordan Brennan looked as though he’d taken the his first pole position of the season until a final ‘fast lap’ from series leader Mike Epps stole it by just half a tenth of a second.  Dave Marshall took third from Isaac Smith, Max Edmundson and Jack McIntyre.

Brennan secured the lead on lap one with Epps and Marshall following close behind.  As the pack battled Max Coates lost it and went across the grass at the Brundle / Nelson complex which allowed the top 7 a gap over those behind.  At the front Epps kept the pressure on Brennan and the action started on lap 5, Epps taking the lead at turn one and followed through by Marshall.  Half way through the lap an unintentional punt from Brennan sent Marshall wide allowing Edmundson into 2nd and Epps into a sizeable lead.  On the final lap Marshall found a gap on the inside of Edmundson at turn two to give him the runner up spot.  Edmundson hung on to 3rd from early race leader Brennan, Isaac Smith, Dan Zelos and McIntyre. Rob Butler took 8th from the recovering Coates and Josh Martin rounding out the top 10.

Matt Richards lead at the start of the second race followed by Robbie Stapleford and Coates.  The best of the race one front runners was Jordan Brennan in 7th.  On lap 2 Stapleford passed Richards and in turn Coates got a run-on Richards.  The two collided setting off a chain reaction as McIntyre, Smith, Josh Martin and Zelos all got involved too.  They ran three abreast under the bridge into Nelson and unfortunately both Zelos and Coates got tapped into spins.  That left Stapleford out front from McIntyre and Smith.  Brennan and Marshall started to make progress, through to 4th and 5th respectively with Mike Epps 7th.  As the 3 minutes to go mark came McIntyre and Smith had closed on Stapleford and McIntyre pulled of a sensational move to take the lead at Agostini.  That move sealed the deal and McIntyre pulled a small gap to take the win ahead of Stapleford, Smith, Marshall, Brennan, Epps, Martin and Richards.  Dan Zelos recovered well after his early off to finish 11th and Max Coates climbed back to 14th from outside the top 20.

After McIntyre said “It was a bit of an opportunistic move, I saw the gap and I just took it.  Robbie left me room.  That was a brilliant race.”

Mike Epps leads the standings from Dave Marshall and Jack McIntyre in third.  They have a small gap over Max Edmundson with Jordan Brennan rounding out the top 5.  Dan Zelos sits 6th.

The eSeries now heads north of the border to Knockhill for the next round on the 13th February where local-man Ronan Pearson joins Richard John Neil in the commentary box.  The race will be live streamed on the MINI CHALLENGE UK YouTube and Facebook pages from 9:45am on Saturday morning. 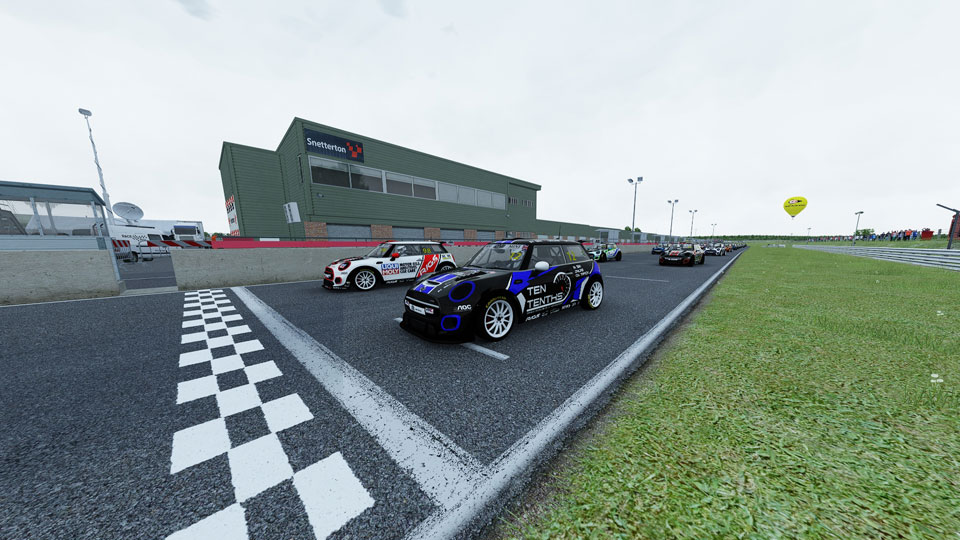 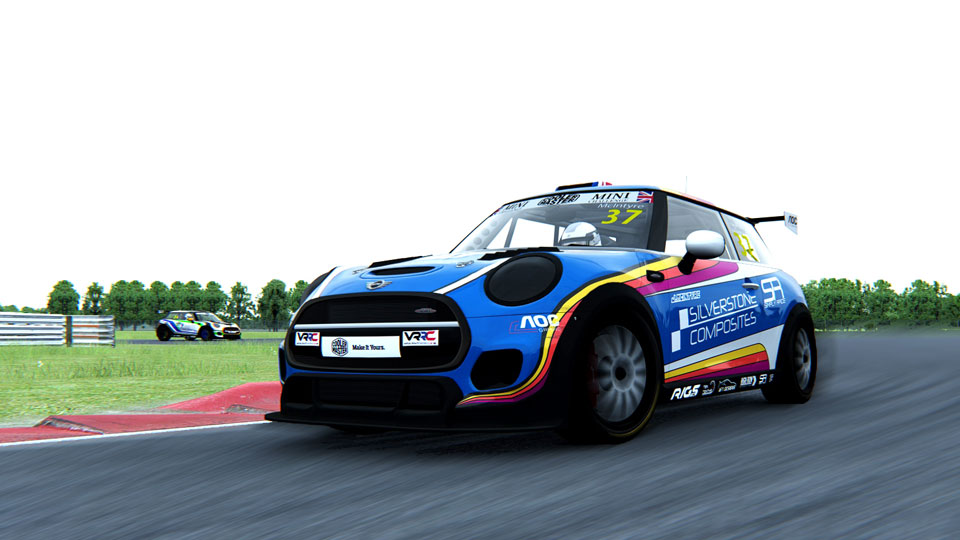 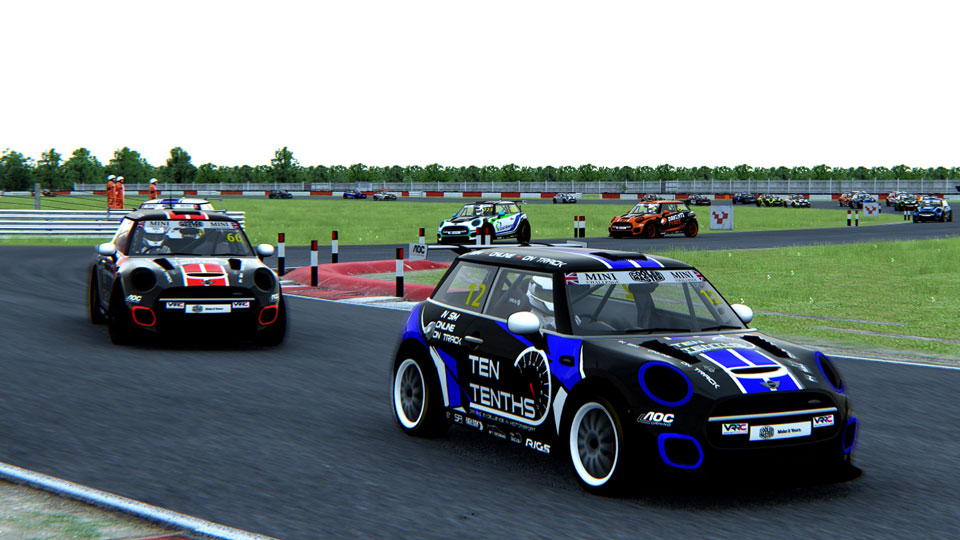