In the Cooper Class, it would be James Hillery who secured his second win of the year in a hotly contested battle. He was joined on the podium by Harry Nunn, who now goes into the final race with a two-point advantage over Dominic Wheatley.

Dan Butcher-Lord led the 31 strong field away for the opening race, yet it would be his key rival Austin who was leading by the end of the first lap. The pair came into the event tied on dropped points and both knew victory was essential in the battle for the crown.

Butcher-Lord was unable to maximise his position, dropping behind the second A Reeve Motorsport driver Kier McConomy on the second lap. The 2019 champion would hit back just in time as a safety car was called, bunching the field up.

Leading the field for a one lap sprint, Austin, who had already clocked the fastest lap, sailed home to begin the weekend in style, with one round to go.

Butcher-Lord and McConomy completed the podium, while Sami Bowler would be disappointed with fourth as it ended her podium streak.

A fifteen-minute race gave the competitors not much time to better their position from qualifying, as the Cooper Classes front row starter James Hillery took the initiative to build a small gap to top rookie Harry Nunn. Meanwhile a disastrous start for polesitter Martin Poole saw him drop towards the rear.

Nunn knew his position was vital, especially with his rivals working their way up the order, holding a small train of Archie O’Brien and Alex Nevill who needed to maximise their race result.  While behind them, Neal Clarke’s stricken MINI would bring out the safety car, resulting in a final lap sprint for the win.

Hillery once again led the class away for a final lap dash with Nunn consolidating second, in the knowledge it would put him in the championship lead ahead of the finale. Behind him though, O’Brien needed to finish ahead to keep himself in mathematical contention, this proved a leap too far as he dropped to sixth on the final lap.

Nevill would inherit his second podium of the year for Graves Motorsport. Louie Capozzoli took a noteworthy fourth place, holding off EXCELR8’s Nicky Taylor in a battle of the Guest drivers.

Andrew Langley secured his place as top Director Cup driver with a seventh in front of the recovering Dominic Wheatley. The Performance Tek Racing driver had only qualified 12th, but with an eighth place finish and two Guest drivers in front of him, Wheatley ensures he heads into the finale just two points behind Nunn on dropped scores.

“I initially wasn’t motivated to come this weekend, because we’re in the middle of December, but at the end of the day, I feel I’ve driven well and I’m happy with the result. This last race I just felt really comfortable.”

“It was a good race. I got a better start than Martin Poole, but he ran wide halfway around the circuit which got me into P1 and led it home from there. The conditions were the same as qualifying, greasy and a bit wet. Some behind were catching in certain areas, but not enough to put me under pressure, though I equally didn’t pull a massive gap over them either.”

The final race of the season kicks off at 14:00. Keep up with the MINI CHALLENGE for the latest details. 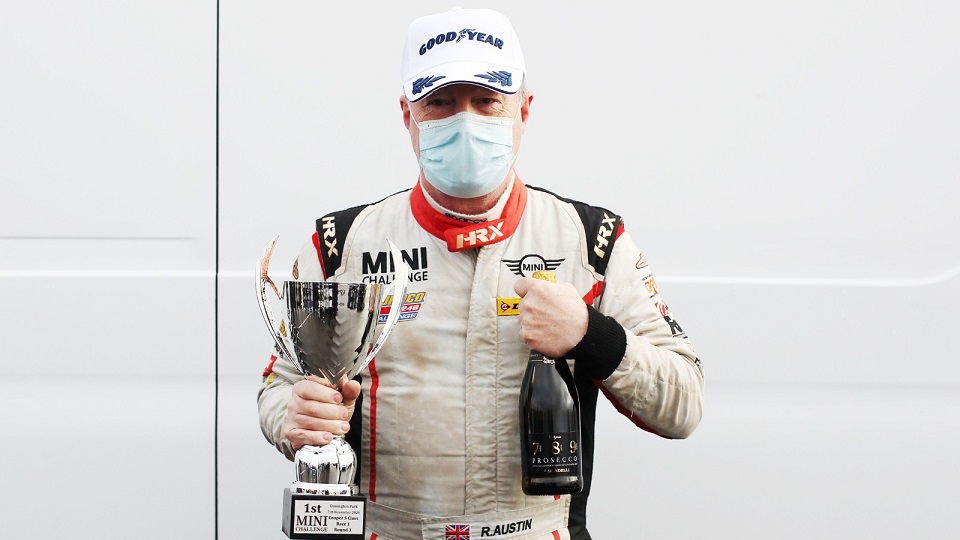 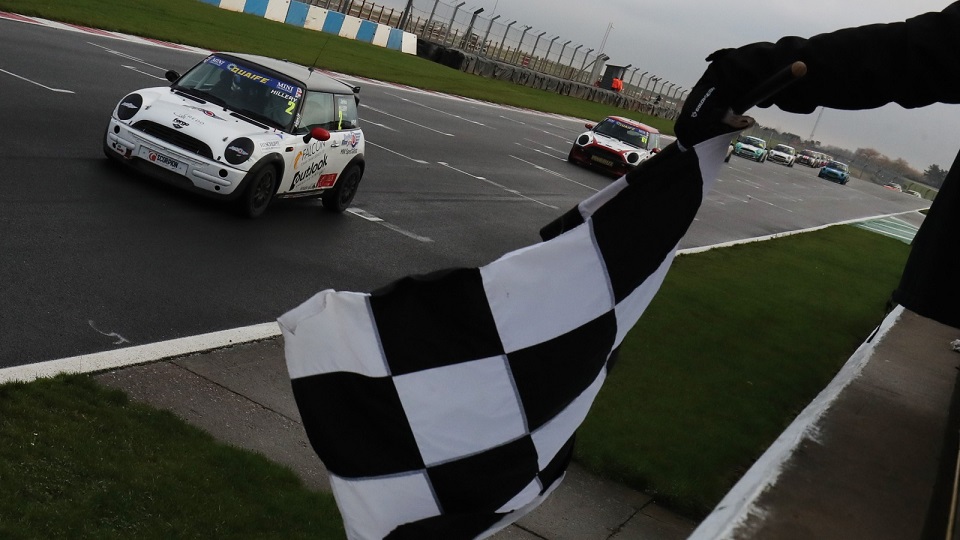 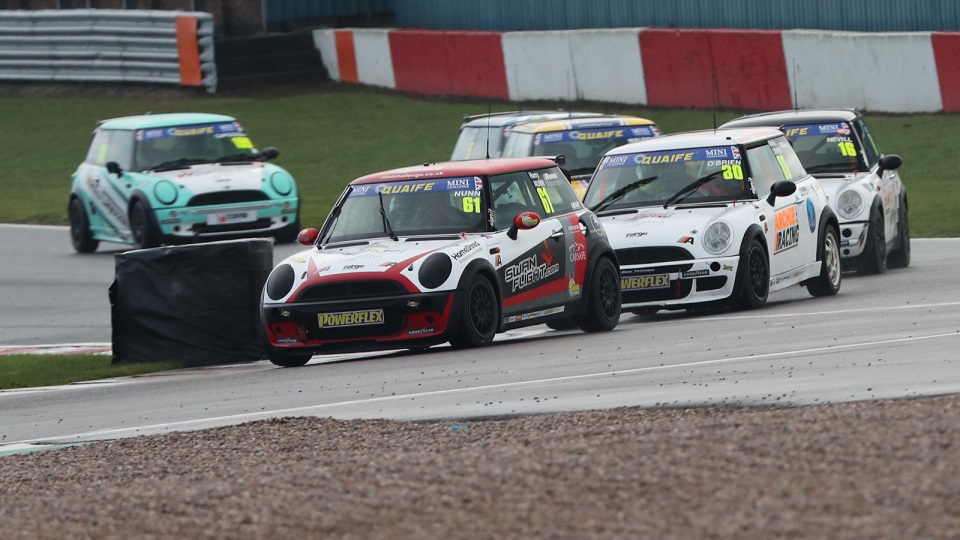