BIRD FLIES TO RACE ONE WIN AT BRANDS HATCH

A third win of the season came in challenging conditions for Max Bird in the Quaife MINI CHALLENGE JCW Class at Brands Hatch. Starting second, Bird remained out front throughout, securing his third win for Elite Motorsport and moving him up to fourth in the Driver’s Standings.

Bird was not to be stopped at the start, launching into the lead before the first turn and pulling a 2.7 second gap to all the cars after just one lap. Polesitter Max Coates though failed to get the grip down, dropping into sixth.

A wet and sodden Brands Hatch circuit left the drivers cautious in the opening lap, but crucially for the championship, Nathan Harrison settled into second, ahead of EXCELR8 teammate Dan Zelos and the now-recovering Coates.

They would soon be joined by Ant Whorton-Eales as the JamSport Racing driver had been delayed by the young James MacIntyre, determined to prove his skill ahead of a 2021 campaign. AW-E was far from done though, heading after the lead battle. Further back, the lead of the Director’s Cup kept swapping between local driver Neil Trotter and Cup champion-elect James Griffith.

Bird had dominated the early laps, pulling up to 4.5 seconds and setting the fastest lap, but it would not last. By the halfway point, Bird’s pace had slowed, further hindered by a battle with the lapped Isaac Smith. The rain came down heavier as all eyes turned to Harrison and Zelos, now catching the leader by three tenths a lap.

As the extended 25-minute race ticked down, Bird, now in clear air set about defending his line from the charging pair to claim his third win of the year by a mere 0.155 seconds as Harrison and Zelos completed the podium.

A fourth place for Ant Whorton-Eales ensures he heads into the final round of the year 34 points behind Harrison and, like Zelos, still in mathematical contention of claiming the crown.

Coates would finish fifth ahead of Callum Newsham, who proved to be one of the quickest drivers in the closing stages, hounding the Donington Park race winner. Despite his top five qualifying, MacIntyre would settle for seventh, his best finish of the year, holding off the pressure from Lewis Brown.

Behind them, Jack Davidson finished ninth ahead of Rookie winner Liam Lambert. The Guest driver had started fifteenth, but proved his skill in the wet, beating Tom Rawlings and Robbie Dalgiesh, who secures the maximum points in the Rookie Cup. In the Director’s Cup, it would be another win for James Griffith as Trotter fell behind Billy Hardy.

“A good start and first few laps put us on a different strategy to the other drivers. The whole plan was to try and get a gap and maintain it, which I just did! The pressure was on though the whole way through, it’s such a hard championship.

“It’s that pressure bearing down on you, trying to make sure I got to every apex and drive off every corner as quick as I could. I’m still shaking now, but it’s awesome, I’m just so happy I’ve held on it for another win.”

The season finale will be shown Live on ITV4 and ITV.com at 11:45 on Sunday 15th November. 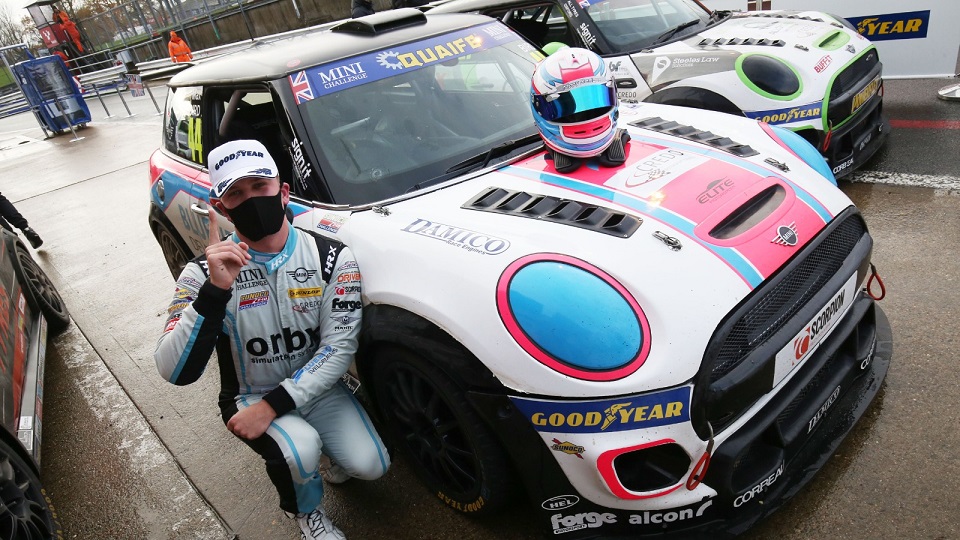 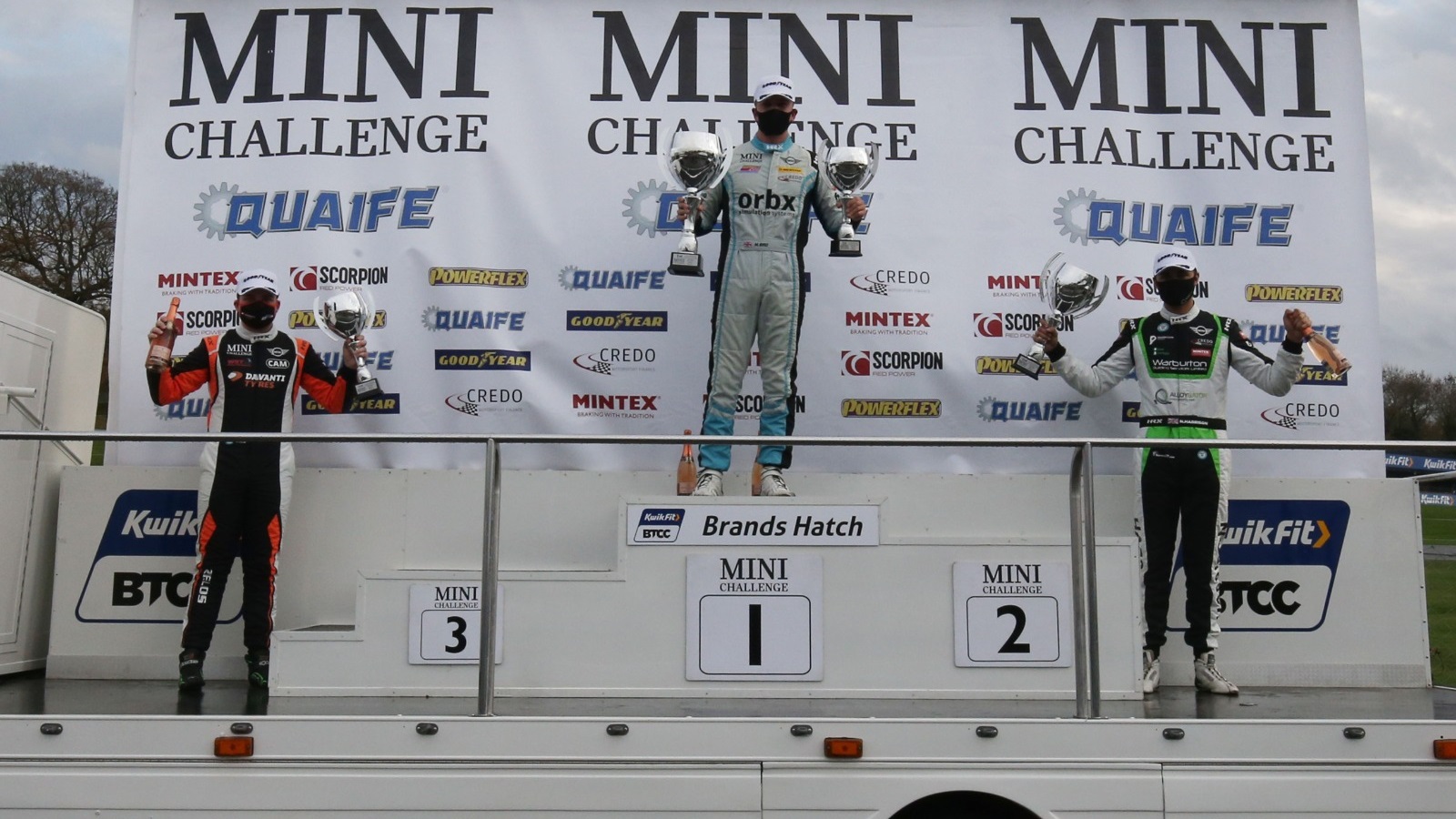 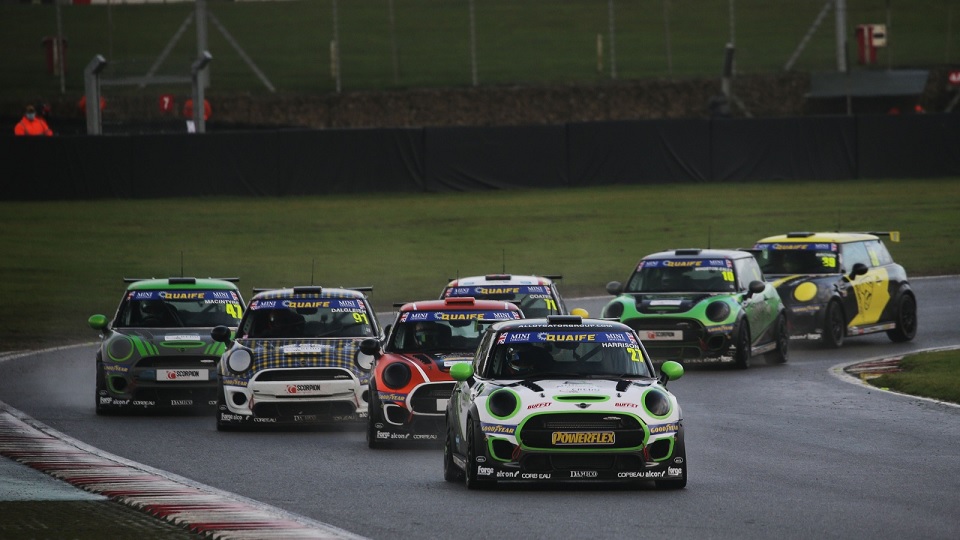 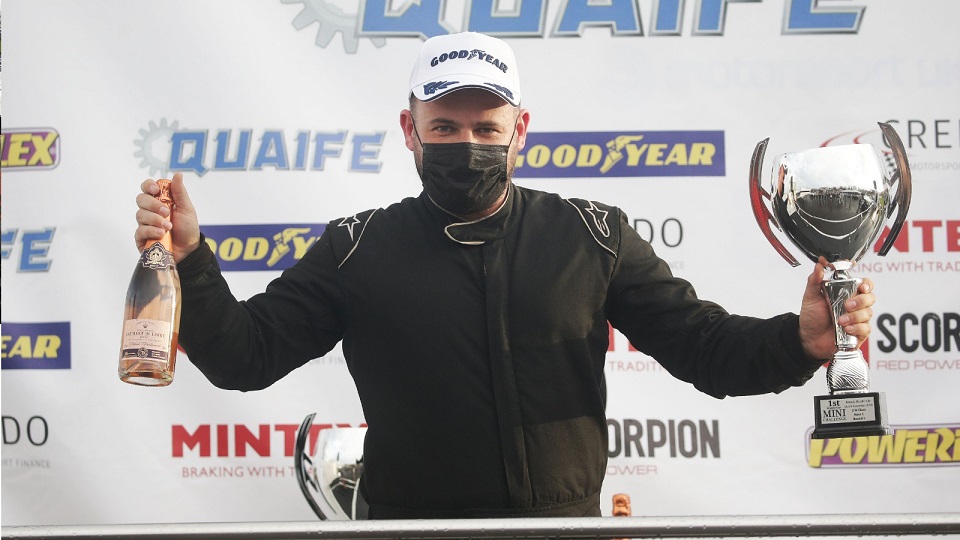