AUSTIN AND WHEATLEY EACH LEAD BY 2 SECONDS AFTER OVERCAST QUALFYING

Rob Austin led the way in qualifying for the Quaife MINI CHALLENGE at Snetterton for the Cooper S class. Setting a personal best of 2:16.662, the points leader will beat his rivals by 2.3 seconds to lay down his hand ahead of the opening race.

Uniquely for this weekend, the Cooper Class will also be race simultaneously, as Dominic Wheatley dominated his group in a session interrupted by a red flag.

Overcast conditions welcomed the field at Snetterton as the dual MINI CHALLENGE Cooper and Cooper S classes made their way onto the circuit.

The 35 strong field did not have long to get accustom though, with a red flag soon being flown to help recover the stricken Ben Jenkins. With the out-lap taking almost three minutes, the reduced 10-minute session would pile the pressure on those needing to find space.

Dominic Wheatley would be first back out on track as when the lights went green, with no driver having set a time yet. He would decide to drop back initially, with James Goodall in the Cooper S’s the first to set a competitive lap time with only five minutes to run. The Cooper S class dominated the top of the timesheets as Director cup driver Michael Paul led the Cooper after the first run.

In Cooper S, Rob Austin lowered the benchmark first to a 2min 21, then a 2min 18sec, as Daniel Butcher-Lord once again ignited their rivalry from Brands Hatch. A final lap of 2:16.662 saw the AReeve Motorsport driver dominate qualifying, pulling out over two seconds to 2019 champion Butcher-Lord.

The wet and sodden conditions would not only spice up the order, but extend the gaps, with Butcher-Lord a further 2.9 seconds faster than third place (and top rookie) Goodall. Behind him, Gary Papworth lines up on the second row for Norfolk MINI Racing from Sami Bowler and Kier McConomy fifth and sixth, respectively.

As the flag dropped, Wheatley would be the driver leading the Cooper class. Not only was his 2:25.257 good enough to lead his competitors, but it split the Cooper S’s. Beating second place Josh Porter by an equally impressive 2.047 seconds. Wheatley will be praying for similar conditions come race one.

Third in class was top rookie Leonardo Panayiotou. Looking to hit back from his retirement at Thruxton narrowly edged local star Lydia Walmsley with James Hillery and Lee Pearce occupying the third row, just ahead of Alex Nevill and Paul, who despite dropping back, still lines up as the Class’s top Director cup driver.

Nicky Taylor had been the first to start a flying lap shortly before the red flag, and the EXCELR8 Motorsport driver from Norwich will be hoping to master local knowledge, starting just ahead of championship leader Ben Kasperczak in tenth.

The race will see the Cooper S start first, with Cooper’s starting after a delay.

The weekend will consist of qualifying and two 15 min races. All the action from Snetterton can be followed live at the circuit, with the first race at 10:55. 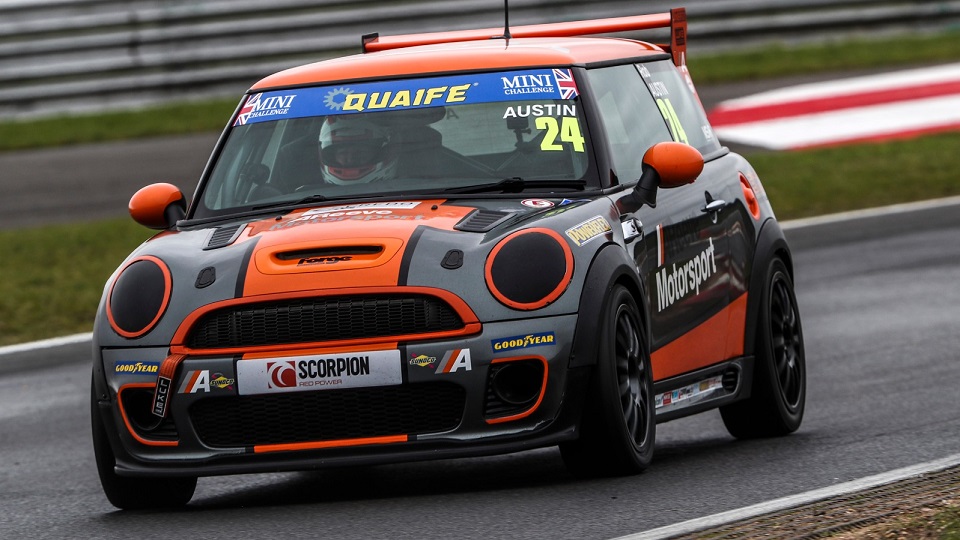 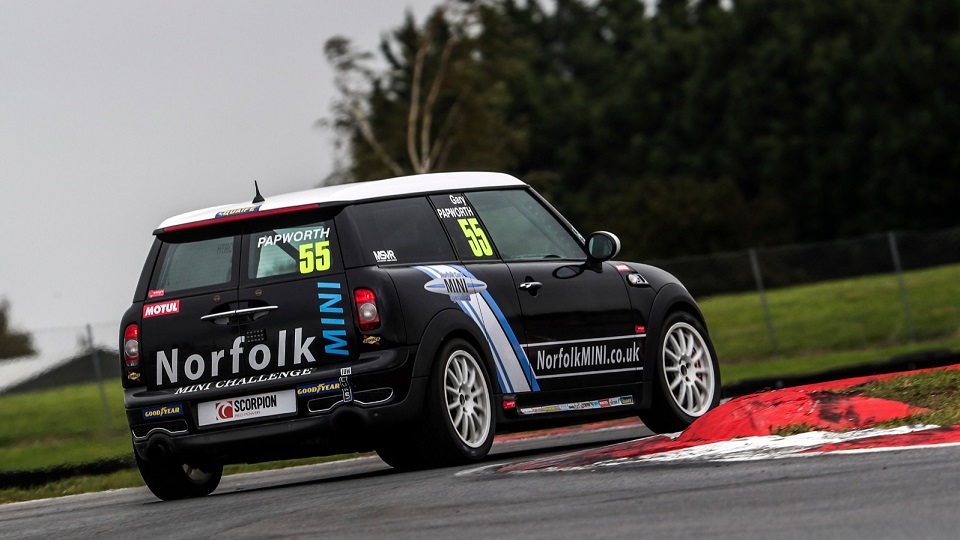 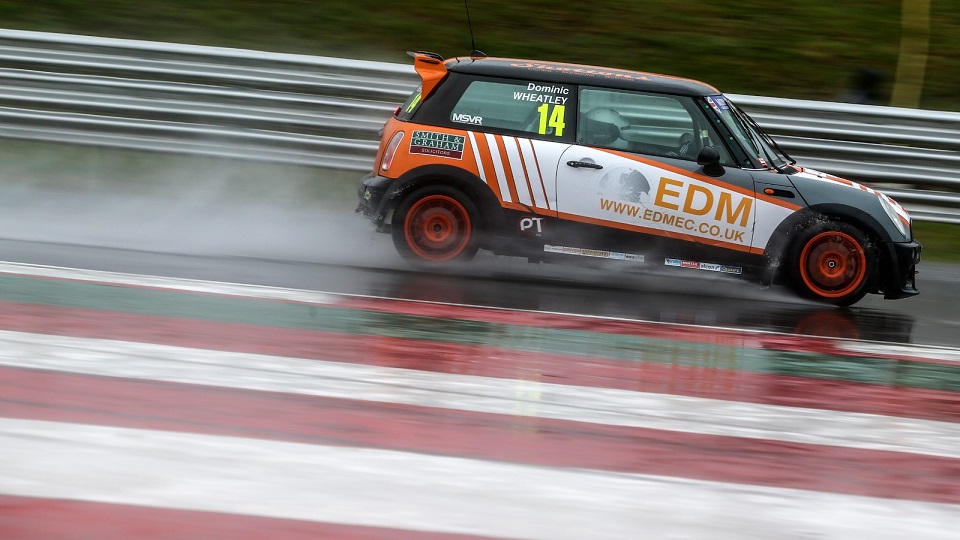 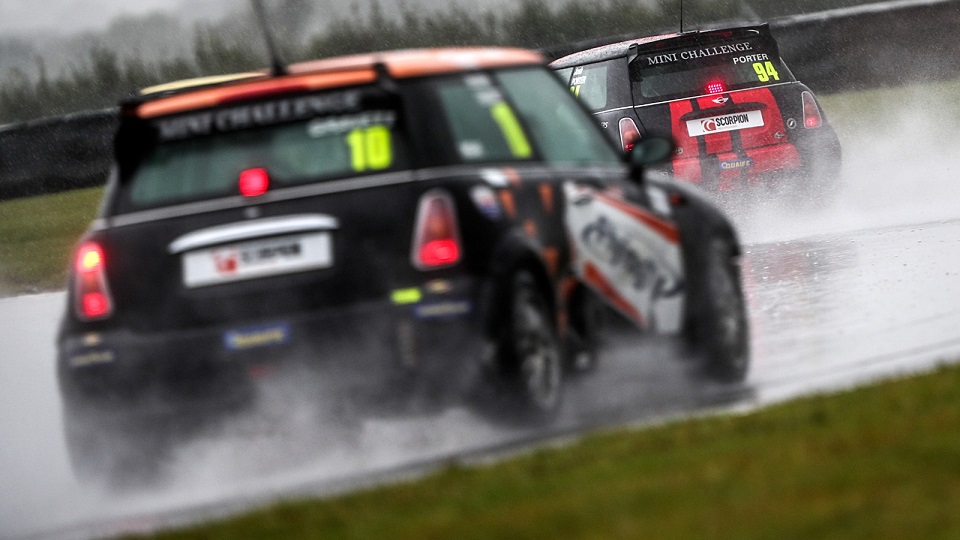