LANGLEY BRINGS COOPER TROPHY BACK TO NORFOLK FROM HAMPSHIRE

Andrew Langley took his maiden win of the 2020 Quaife MINI CHALLENGE Cooper Class campaign, crossing the line three abrest during a final race that was counted back a lap due to a late red flag.

The Union Jack-clad Cooper pulled off a spectacular overtake on the final lap to ensure that he becomes the first Director Cup driver to take victory for the Norfolk MINI Racing team around the Hampshire circuit.

The battle for third drew the eyes of the fans in the opening laps as Alex Jay once again held off the challenge from those behind. Leonardo Panayiotou pulled off a carbon copy overtake through Goodwoods on lap 2, cutting back inside of two cars to take the podium position. Jay though was not prepared to give up easily, running wide at the chicane and making contact with the AReeve Motorsport car, resulting in a safety car as both retired.

After the restart, polesitter Dominic Wheatley found himself swamped by Josh Porter as Alex Nevill followed him through at Club. Ben Kasperczak and Andrew Langley would join the following lap with the latter pulling off the most impressive overtake of the race, around the outside of four cars into Club to take the lead.

Crucially Langley would be leading over the line, which proved vital when the result was counted back a lap for the red flag. Langley’s lead would not last two corners with Kasperczak then Porter taking the lead into the complex. Porter would make a mistake into Club on lap 8, grazing the barrier and leaving the racing line partially blocked, bringing out the flags.

It would be a all three class victors on the podium as leading rookie Ben Kasperczak took second place with former-leader Porter being classed in third. All three split by under a tenth across the line.

Wheatley had remained in the top five throughout and his fourth place for Performance Tek Racing brings the Oulton Park race winner back into championship contention. Alex Nevill had had a disastrous weekend in Cheshire, though now leaves Thruxton with a season best fifth place.

The competitive nature of the season was demonstrated in race three as the top seven all came from different teams. A promising result for Lydia Walmsley was narrowly missed, ahead of Archie O’Brien for AReeve Motorsport, beating teammate Harry Nunn.

Nunn had been one of the winners of the battle for the lead and was disappointed the race had not continued longer. Due to the intense nature of the action, Nunn was only one second behind winner Langley in the official timing. Rounding out the top ten would be Michael Paul and Lee Pearce.

“I’m not sure I can remember everything, it’s all a bit of a blur,” he said ecstatic at the result. “I was sitting waiting patiently to see how it all panned out. I knew I was in the front group, when an opportunity came up towards the end and I outbraked the guys around the outside. I was in the wrong gear unfortunately and couldn’t carry the drive onto the straight, still just crossing the line before anyone else before the red flag.”

“It was a really good race for me. I’m sad we had to finish the race because I thought I could have grabbed first, but I am happy with second as it’s really good points for the championship. We were probably going 120mph into the chicane so four abrest sometimes won’t pay off, but it did most of the time. Overall, really pleased with today.”

“Starting second and getting up to first, I was feeling happy, though after the tow into the chicane I managed to just about hold third. I’m really pleased (with the car) after what happened in practice the other day.”

The MINI CHALLENGE Cooper Class continues its action at the Snetterton 300 on the 26th September 2020. 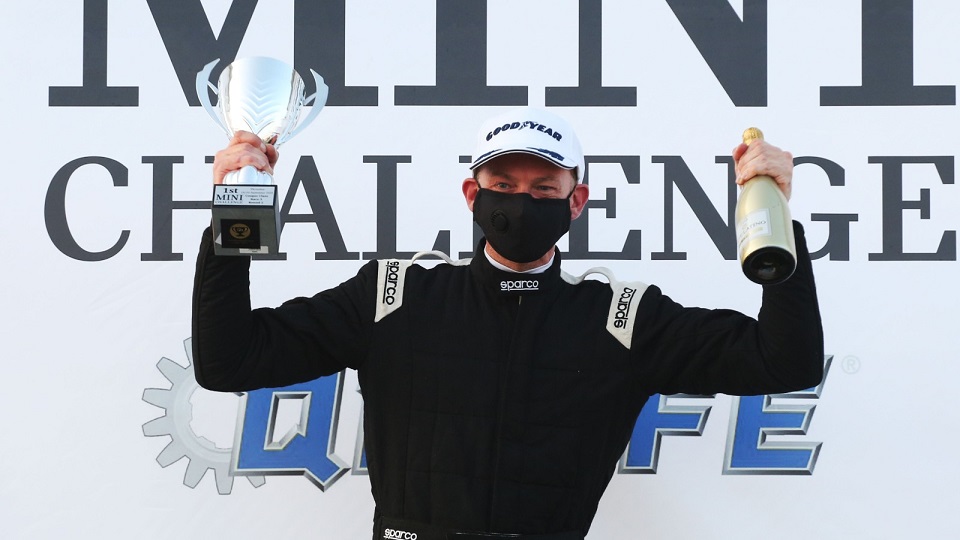 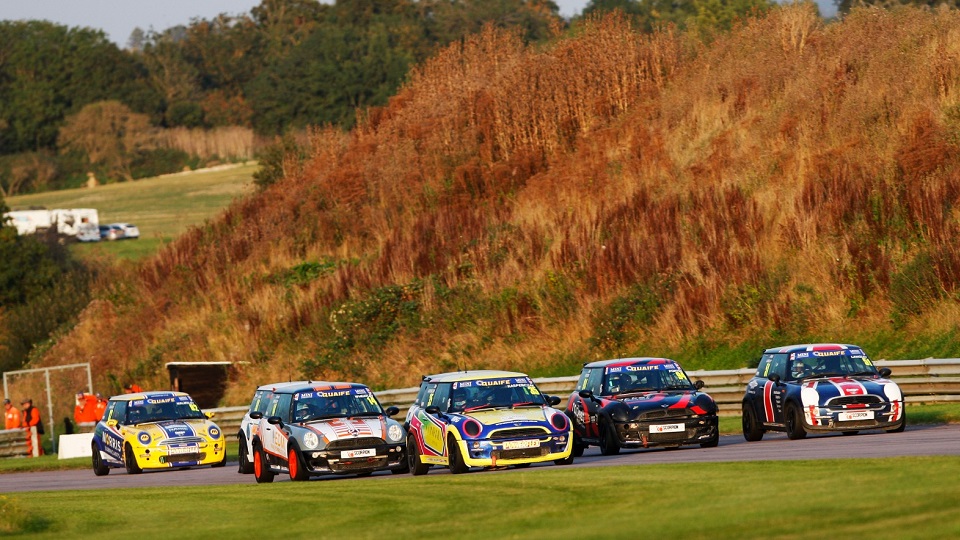 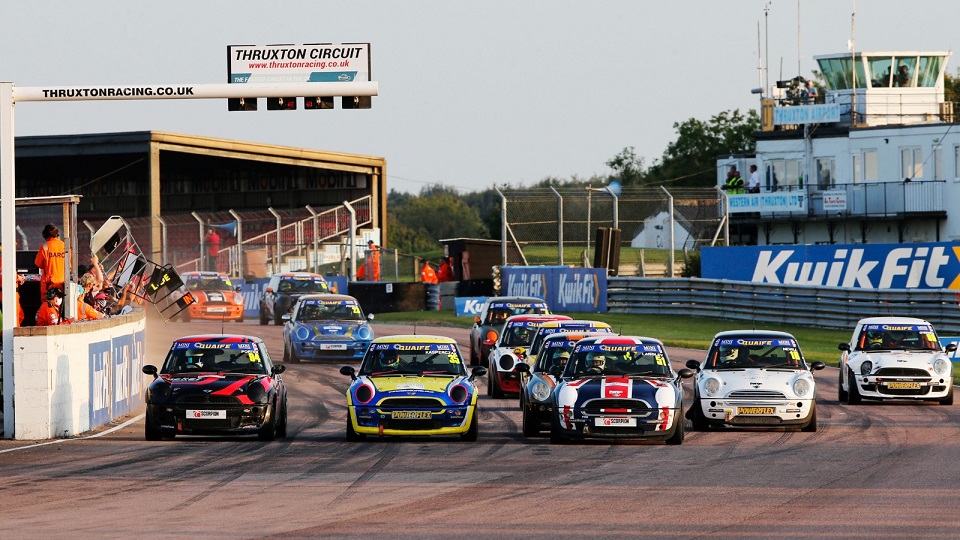