HARRISON SAILS TO FIRST JCW WIN OF THE YEAR

Nathan Harrison took revenge on his race one result to sail past Ant Whorton-Eales around the outside for his first victory of the season in the MINI CHALLENGE JCW.

An excellent start for polesitter Ant Whorton-Eales meant he initially launched away from Harrison, but the youngster was not prepared to once again finish second, scything past after a few laps of pressure around the Donington Park circuit.

Jack Davidson had started fourth, but an unfortunate start saw his race interrupted before the first turn, failing to get off the grid and bringing out the safety car. A rolling start would be in line for the competitors after Davidson’s car had been cleared, though the Lux Motorsport driver would recover from the pit lane to work back up to 17th by the finish.

Whorton-Eales was looking to repeat his feat from Saturday, as Harrison once again pressured the JamSport Racing driver. His teammate Ethan Hammerton, however, would fail to repeat his heroics from yesterday, collecting an advertising board and being forced to pit.

It would only get worse for the JamSport team as Harrison finally made the move into Redgate stick, passing AW-E, who was quickly swamped down to fifth, with Dan Zelos, Lewis Brown and Max Coates all taking the advantage. With nothing to stop him, Harrison quickly built the gap up to Zelos behind.

This would only grow as the laps counted down, ensuring Harrison crossed the line with a 2.5 second advantage to Dan Zelos, who on top of his first podium of the year, took a second win in the Graduate Class. Rounding out the podium for the second time this weekend was Lewis Brown. The LDR Performance Tuning driver had dropped behind Zelos on the opening lap and was unable to reclaim his spot before the flag fell.

Speaking about the crucial overtake for the win, Nathan Harrison said;

“Yesterday was a frustrating race and I thought I should have an early night, but I was too frustrated. So into turn one I thought I’d try it round the outside, I managed to make it work and pull a really nice lead.”

Dan Zelos was a strong rival to Harrison last season, though noted the threat from Brown behind;

“Exciting race! I got more involved that time, it was good to get in front of Ant at the start. I wanted to concentrate on catching Nathan, but Lewis wasn’t going to give me a second to breath. The whole race he was in one mirror, in the other mirror. I would pull away at the start of the lap and by the end he’d caught up again. Car felt good, now we’ve got to look to see what the reverse grid is going to be and hopefully go one step higher.”

Once again picking up third was Lewis Brown, he said;

“It was really good to get past Ant, we knew if we didn’t do it then, it wasn’t going to happen because he’s an exceptionally good defensive driver. We were chasing down Dan, but it was a tenth given, tenth taken away every lap. I got on the back of him in the second to last lap, but a slight error cost me that chance. I looked in my mirrors and thought there’s no reason to do anything stupid here, it’s another great podium.”

AW-E was not one to give in likely, setting the fastest lap as he repassed Coates and pressured the Zelos and Brown pair who were locking out the podium. Coates though is far from inexperienced around Donington, having taken a double victory here in the Dunlop TCT Championship last year. A technical problem for AW-E allowed the Elite Motorsport driver back into fourth, with Tom Rawlings following him through and demoting the damaged race one winner to sixth. Rawlings result was made even more impressive considering he had started tenth.

Rookie winner Kyle Reid would follow AW-E across the line ahead of fellow rookie sensation Jason Lockwood in 8th. Meanwhile behind them, James MacIntyre and Callum Newsham battled over ninth in the latter stages, with the #47 coming out on top, while a similar story saw Josh Stanton beat Isaac Smith and Robbie Dalgliesh to eleventh. Rounding out the top fifteen would be William Newnham and Ronan Pearson.

Amazingly, all 28 drivers managed to finish, highlighting the reliability. The third race gets underway at 14:45 on Sunday 2nd August, which will be shown live on ITV4. 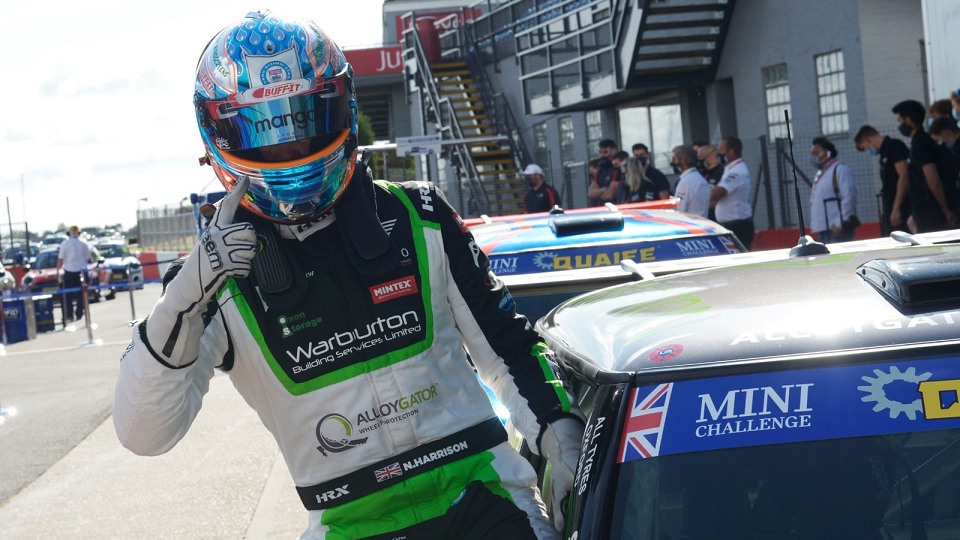 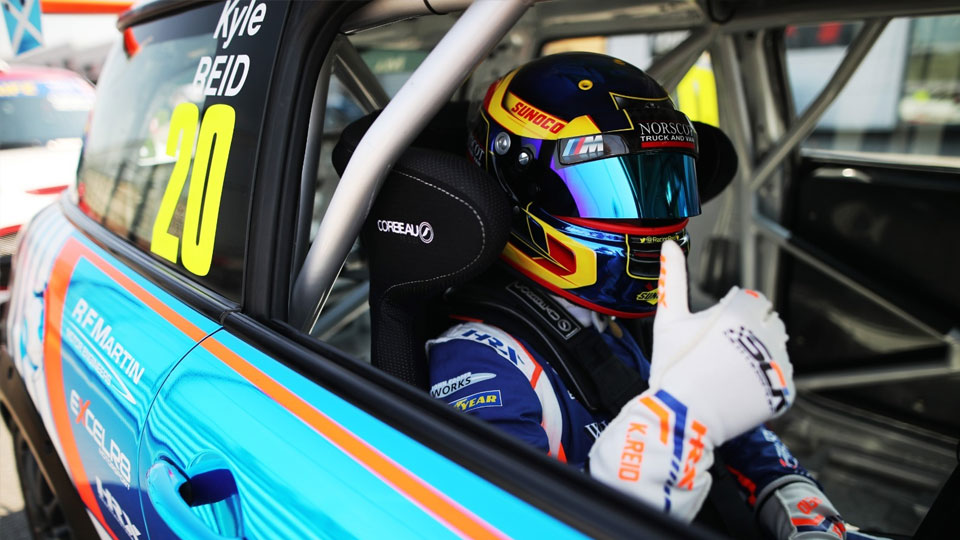