A new name topped the Qualifying results at Croft Circuit in the MINI CHALLENGE UK Official eSeries.  Rob Butler, driver coach to Ryan Dignan in the real world series, was the man to break the record and become the first driver to claim the honours as a ‘real world’ class driver.

It didn’t take Dave Marshall long to pounce back though, he took the race one win from Rob Butler, Jack McIntyre who made a good recovery from 6th on the grid, Matt Richards and the ever-improving Jordan Brennan.

Tobin Leigh, currently sitting 3rd in the series standings, took 10th in race one and therefore inherited the pole for race two.  Alex Toth-Jones and Callum Newsham battled hard with him to take the remaining podium slots.  Ryan Elliott, nicknamed the wall, put up a stern defence of his 4th place position, the 4th – 11th placed cars forming a train covered by only 3.5 seconds.

Qualifying two saw Jack McIntyre bounce back to another pole position.  Marshall, who qualified 2nd again, took the race 3 win.  Jordan Brennan climbed from 4th to 2nd in the race, showing his pace isn’t just for qualifying.  McIntyre completed the podium ahead of Josh Martin, Alex Toth-Jones and Isaac Smith.

The final reverse grid race of the day saw Luke Kidlsey take pole position, which he duly converted to a race win by over 2 seconds.  Tobin Leigh followed him home and was challenged in the latter stages by real world round winner Isaac Smith.  Max Coates followed them home to cap off his home round with a top 4 finish after fending off series leaders Jack McIntyre and Dave Marshall who crossed the line 5 hundredths apart.  Jordan Brennan was up next, underlying his potential.

Thomas O’Farrell won the ‘driver of the day’ vote via the MINI CHALLENGE facebook page.  Dave Marshall is now 170 points clear of Jack McIntyre, almost a full event advantage whilst Max Coates has increased his lead in the Real World by 11 points.  Josh Martin and Isaac Smith are separated by just 20 points in 2nd and 3rd in the real world driver standings.

Knockhill in Scotland will be the venue for the penultimate round of the eSeries where the drivers continue to battle for the championships incredible £20,000+ prize pool.  The real world drivers racing for a £10,000 Sim Race Pro Virtual Reality Racing Club (VRRC) simulator sponsored by MSL Motorsport Consultancy and a race weekend in the MINI CHALLENGE UK Cooper Class for the top sim-racer. 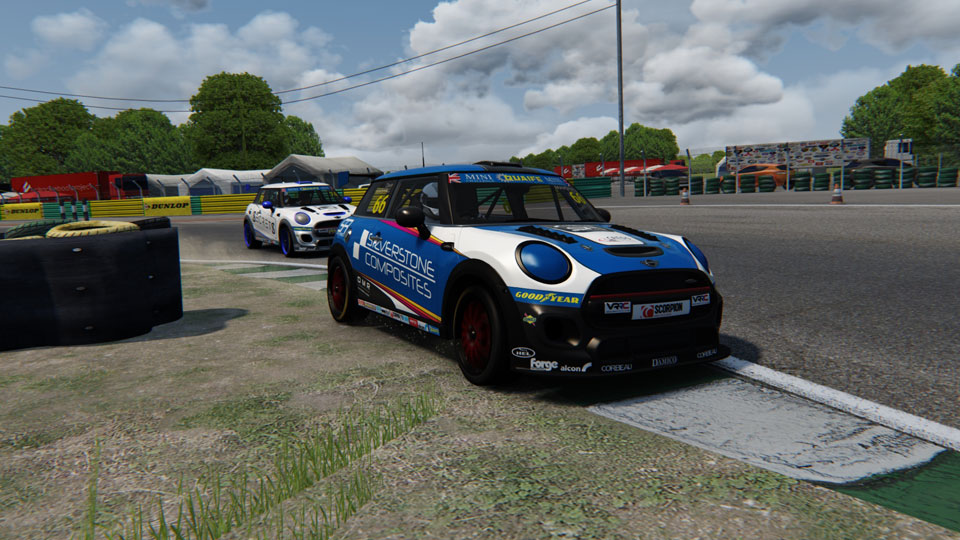 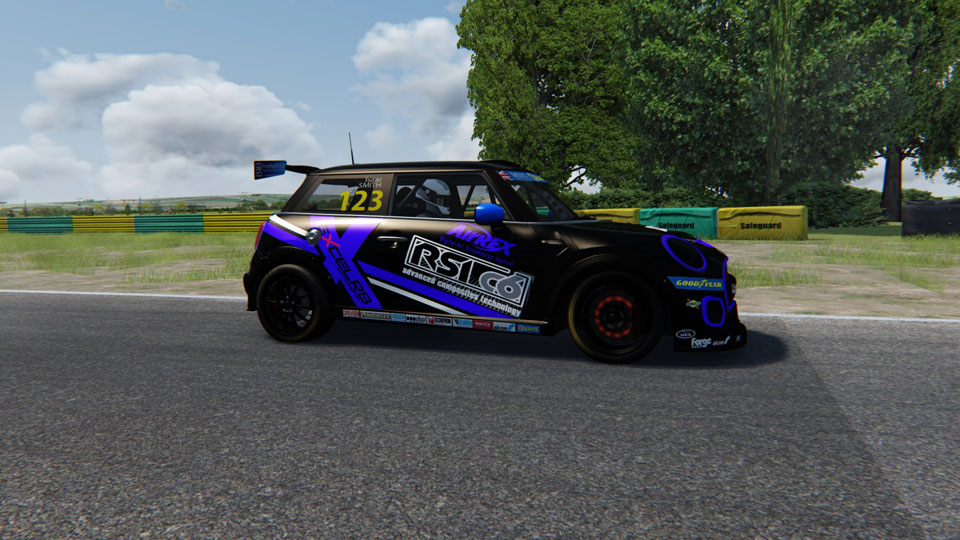