Dave Marshall was the man heading the timesheets as the MINI CHALLENGE UK Official eSeries headed to Snetterton.

Keen to increase his championship points lead the sim racer from County Durham took pole in both sessions and won the first three races.  Whilst he breezed to the first win the mightily impressive Jordan Brennan took 2nd followed by the event’s real-world driver event winner Rob Butler.  Jack McIntyre, 2nd in the standings took 4th whilst behind him a battle raged for the top ten positions, headed by Ryan Elliott and Max Coates.

The reverse grid race saw Marshall win again, he found gaps as others suffered contact in the opening laps and had to charge down a gap built in the early laps by Tobin Leigh.  Leigh claimed second on the road just over a second behind Marshall, whilst McIntyre carved his way through to 3rd place, just, ahead of Brennan and Elliott.

Behind Marshall in qualifying 2 was Tobin Leigh, just edging out Matt Richards and the ever-present Rob Butler.  The order stayed the same, Marshall stretching to a sizeable gap from Leigh, who in turn pulled away from Rob Butler.  Star of the show was Max Bird who turned a strong 6th place in Qualifying into a 4th placed finish, also earning the driver of the race award.

The reverse grid race saw Ryan Elliott, Callum Newsham and Max Coates battle at the front.  It wasn’t long until McIntyre, Marshall and Butler found themselves in 4th – 6th places.  The battle for those positions was as frantic as it was at the head of the field.  Newsham, whose pace was mighty challenged for the lead on occasion but couldn’t find a way past Ryan Elliott, aptly named ‘the Wall’ by series commentator Richard John Neil.  The final lap got very exciting indeed, as Newsham challenged at Turn One both Coates and McIntyre made it slongside.  Running four abreast at one stage Coates managed to sneak into 2nd and McIntyre followed him through to take the final podium spot.

It was Jordan Brennan who won the after race ‘driver of the day’ vote on the MINI CHALLENGE facebook page.  Marshall now leads the overall and simulator driver standings by nearly 150 points whilst Max Coates has surged into the lead of the Real World racer standings ahead of Josh Martin.

The eSeries now moves to Croft where the drivers continue to battle for the championships incredible £20,000+ prize pool.  The real world drivers racing for a £10,000 Sim Race Pro Virtual Reality Racing Club (VRRC) simulator sponsored by MSL Motorsport Consultancy and a race weekend in the MINI CHALLENGE UK Cooper Class for the top sim-racer. 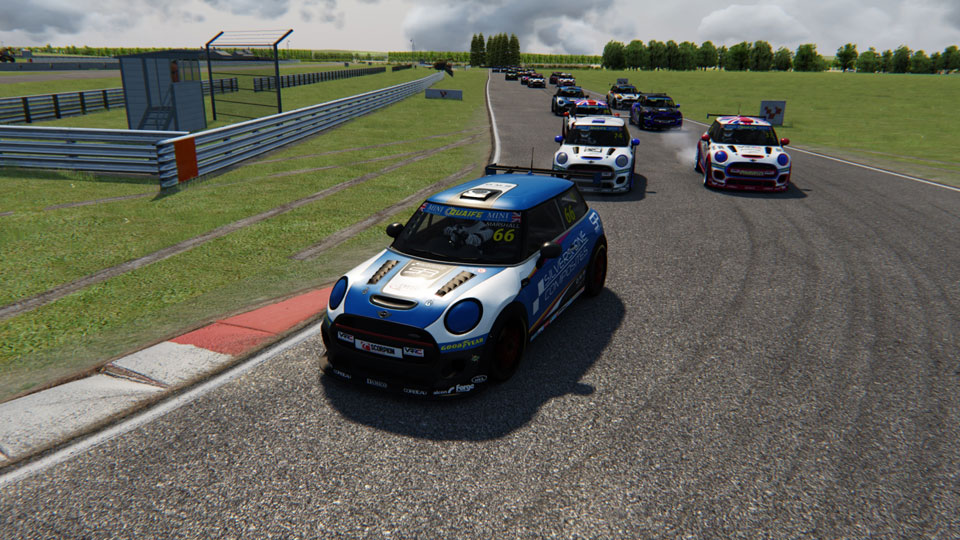 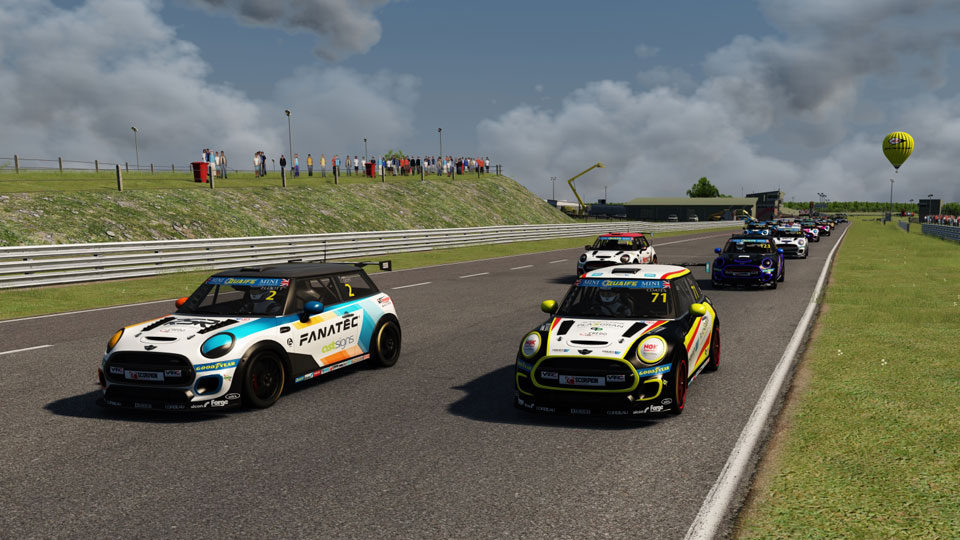 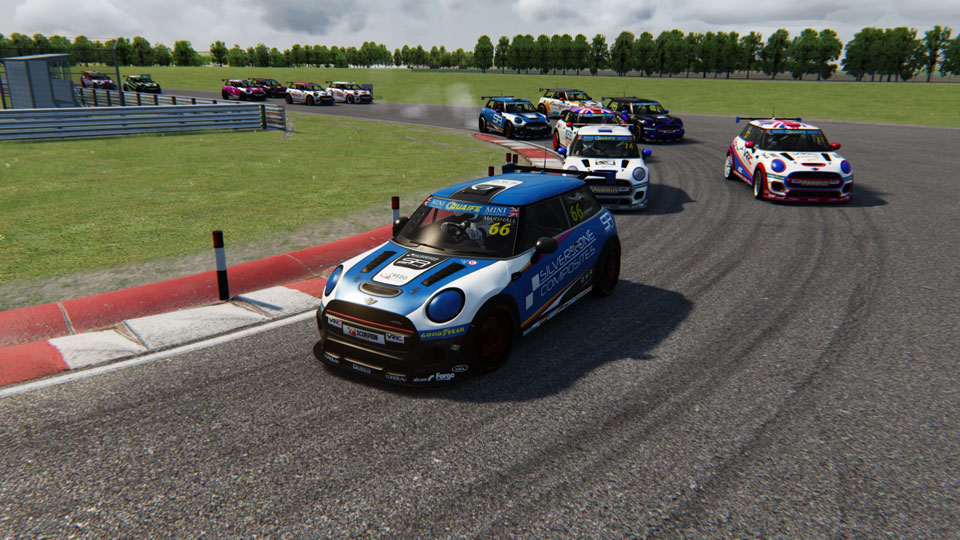