Dave Marshall was the dominant figure again in the MINI CHALLENGE UK Official eSeries but a number of top sim and real-world drivers were hot on his heals.  As the action revs up for Silverstone this weekend, we take a look back on last weekend’s action-packed event.

Brands Hatch Indy always produces tight gaps between drivers, and this was no exception. Marshall pole position ahead of Josh Hislop, Tobin Leigh, Jack McIntyre, Max Coates and Josh Martin.  Marshall got away in the opening encounter but behind a battle raged between Hislop, Leigh, McIntyre and a slightly distant Coates.  Behind them a multiple car tussle raged all race long to confirm the final spots of the top ten.  Hislop and Leigh tangled during the race which meant Leigh finished 2nd, McIntyre 3rd and Coates 4th.  Of the front runners Hislop was the furthest forward for the reverse grid race and duly capitalised on the opportunity to record a win.  Rob Butler claimed second ahead of a charging Jack McIntyre who has established himself as Mr Consistency.

Qualifying two caused some controversy, initially the grid was Marshall, Max Bird and then Coates.  However, a server error meant that it all had to be done again.  Marshall stayed cool, calm and collected and posted the fastest lap seen around the Indy circuit, closely followed by Coates who also made another jump forward.  This time Josh Hislop rounded out the top three showing that the real racers can take it to the top sim drivers on the platform.  For Bird it didn’t quite work out, his Elite Motorsport car ended Qualifying 2 in 11th place.

Coates made a poor getaway which again let Marshall make a break.  Behind, Hislop, Leigh and Coates battled with the gap between the three rarely more than 1.5 seconds.  McIntyre fell into the clutches of Martin, Ryan Elliott and a number of other cars battling for the final top 5 spot.

Race two was also eventful.  Initially it looked like Coates would be the highest climber of the front pack, but a tap with Tom Williams sent him back into Marshall’s clutches and the pair battled out for 6th place, Coates coming out on top.  Instead, Tobin Leigh and Josh Martin climbed the grid but neither could catch McIntyre who had built an unassailable lead.  Ryan Elliott and Matt Richards starred in this race, the former taking his second podium of his eSeries campaign and the latter his first.  Josh Martin and Tobin Leigh climbed the order to 4th and 5th.  Jordan Brennan held on to a top 5 spot until the latter part of the race before falling back behind Marshall and Coates.

The eSeries now moves to Silverstone’s National, and then International circuits where the 21 real world drivers take on the 14 sim-racers competing for the championships incredible £20,000+ prize pool.  The real world drivers racing for a £10,000 Sim Race Pro Virtual Reality Racing Club (VRRC) simulator sponsored by MSL Motorsport Consultancy and a race weekend in the MINI CHALLENGE UK Cooper Class for the top sim-racer. 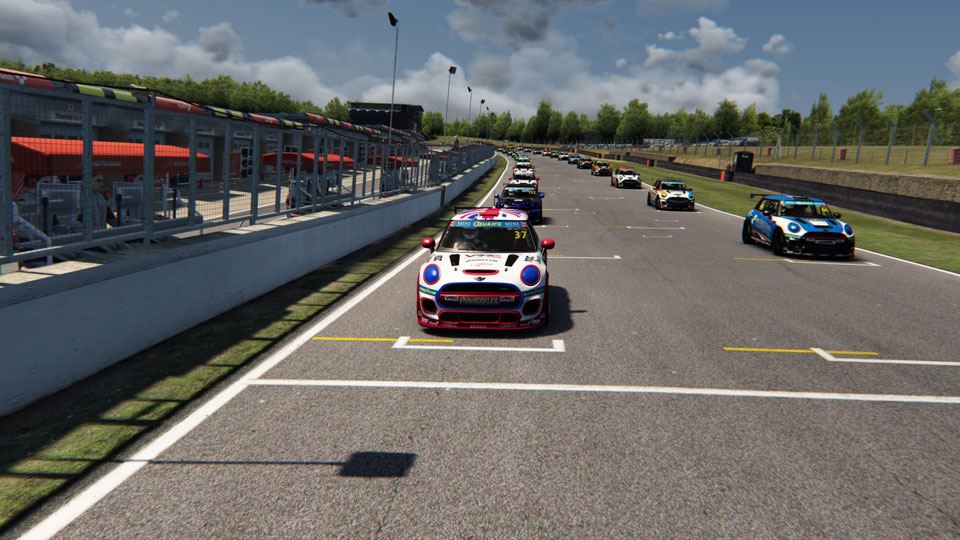 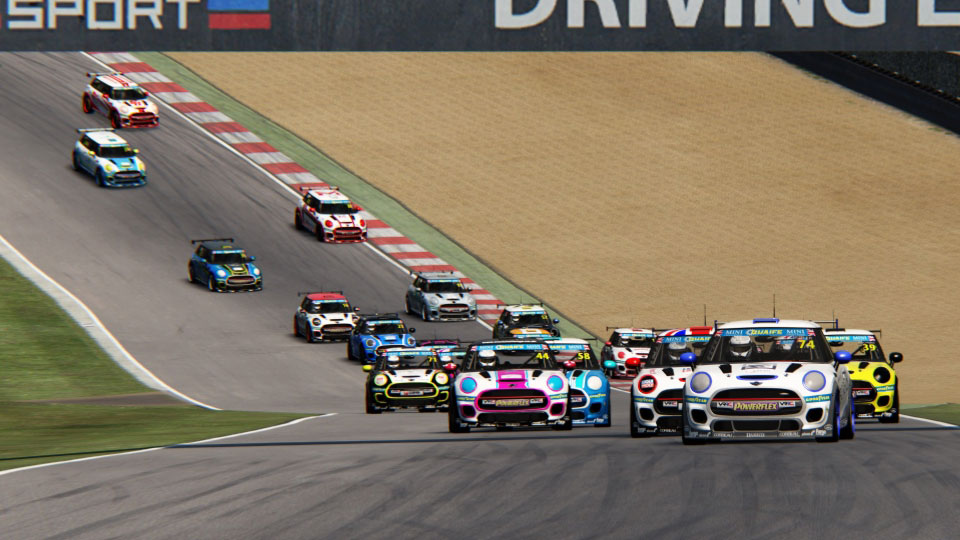 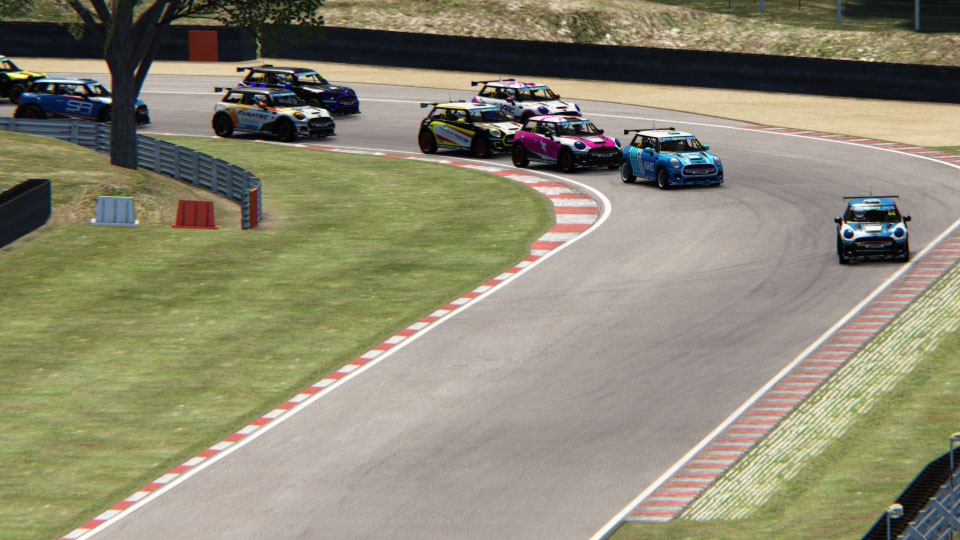