In total more than 13,000 people have watched the inaugural MINI CHALLENGE UK Official eSeries which started at Donington Park last weekend.  A hotly contested event saw Dave Marshall lead the standings after the opening round.

It was indeed Marshall who took the first pole position of the series but he was kept honest by two drivers from the real world, MINI CHALLENGE podium finisher Lewis Brown and Scotland’s Josh Hislop.  Marshall and Hislop remained on the podium in race one, but professional sim racer Tobin Leigh joined the pair at the front.

The second race featured a reverse grid top ten and this sparked a flurry of wheel to wheel action.  Ryan Elliott took the lead from Max Coates who was promoted to pole position.  Elliott and Luke Kidsley battled at the front to begin but Hislop and Brown came through to finish one and two with Elliott just behind.

Marshall took pole position number two and duly converted it to win number two in the third race of the day.  This time it was a sim-racers lockout with Tobin Leigh and Jack McIntyre completing the top three in Qualifying.  In the race Josh Martin surged through and was battling with Leigh until contact put the Lazarus eSports Tobin Leigh down to tenth place.  Josh Hislop benefitted from an intense battle between Marshall and McIntyre to finish second with McIntyre in the VRRC liveried car taking 3rd place.

Again, the reverse grid race produced drama, however Tobin Leigh experienced little of that has stretched his legs to take a commanding win.  Behind him though it was fraught.  Josh Hislop and Dave Marshall both suffered contact but coming through the pack to second place was MSL Motorsport sponsored driver Alex Toth-Jones.  Behind him Max Coates rose from 16th on the grid to take the final podium spot in the opening round of the new eSeries.

The 21 real world drivers will take on 14 sim-racers at the Brands Hatch Indy circuit this weekend to compete for the championships incredible £20,000+ prize pool.  The real world drivers racing for a £10,000 Sim Race Pro Virtual Reality Racing Club (VRRC) simulator sponsored by MSL Motorsport Consultancy and a race weekend in the MINI CHALLENGE UK Cooper Class for the top sim-racer.

In addition to the championship prizes stunning MINI CHALLENGE UK trophies and a Goodyear Podium cap will be sent to the 1st placed MINI CHALLENGE UK / Real World Driver and Sim-Racer for each round, Dave Marshall and Josh Hislop claiming the Donington Park editions. 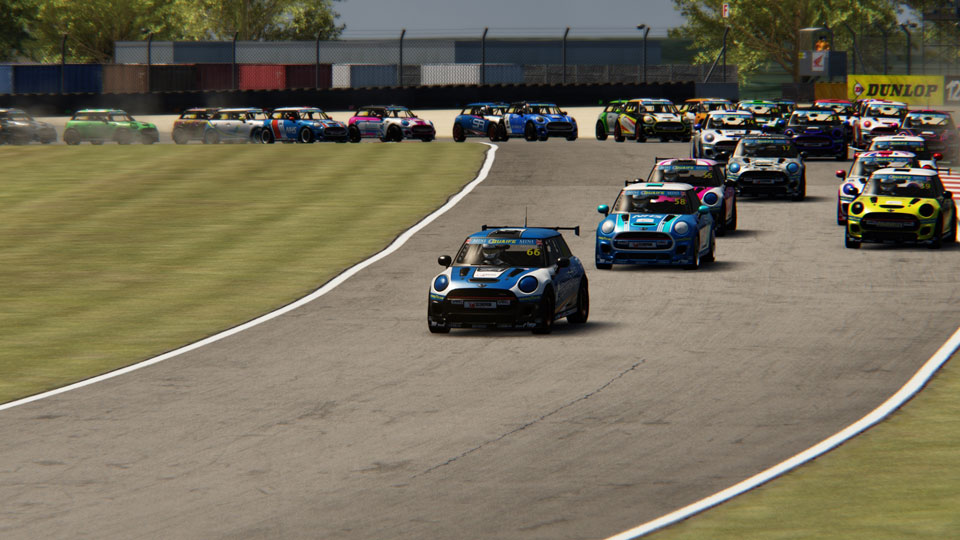 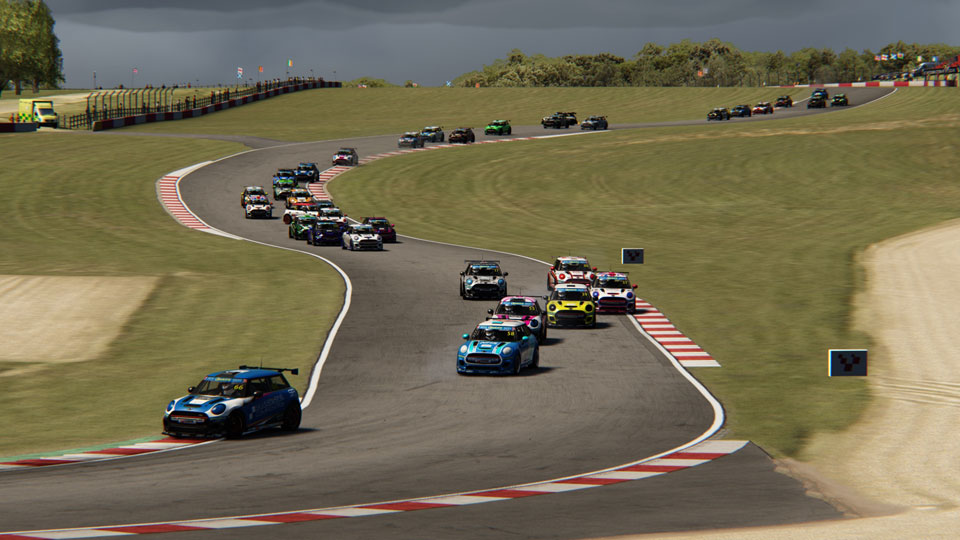 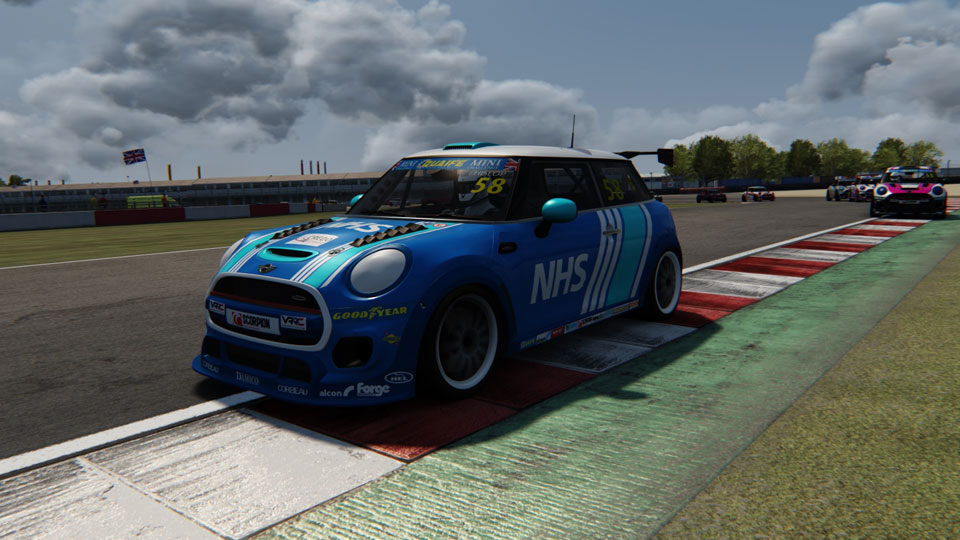