LYDIA WALMSLEY RETURNS TO COOPERS FOR 2020

Lydia Walmsley is to return to the MINI CHALLENGE Cooper class in 2020 for her third season in the championship. This will be Lydia’s fourth full season of racing cars having started in the Junior Saloon car championship at the end of 2016.

Last season was Lydia’s strongest of her career so far taking her first podium quite early in the season and then following it up with several more, ending 2020 with her first win at the Snetterton finale.

This season is an extra special one to be in the championship with two meetings supporting the BTCC including the first rounds of the season at Thruxton in May. This means Lydia, her car and of course her sponsors will be seen live on ITV4 by an audience of up to twenty million people as well as potential crowds at the circuit of 38,000.

Lydia has always been run by her small family team who help her put on some giant killing performances and to do this in front of the BTCC audience will be extra special. In 2019, she finished fourth in the standings so this season she hopes to be at least in the top three at the end of the year but of course ideally the whole team would love to win the championship outright which would be an outstanding achievement against some fully professional teams, including ExcelR8 who also run in the BTCC itself.

There will be further announcements from Lydia and the team on her sponsors for 2020.

Lydia says;
“I am thrilled to announce that I will be competing in the MINI CHALLENGE Cooper championship again for 2020. The MINI CHALLENGE is such an exciting championship to be involved in at the moment with its move to the TOCA package this season. I am really looking forward to being an integral part of the TOCA package at Thruxton and Silverstone International and we’re really motivated to do well! I am also really looking forward to the Brands Hatch Mini Festival as this is always one of my favourite weekends of the season. I would love to build on what we learnt last year. It has been a very long off season for me – having finished the 2019 season with a win, I want to pick up exactly where we left off. I would like to finish in the top three of the championship standings this year, but really, my eyes are set on the title. Many of our 2019 sponsors have agreed to continue supporting us this season. It is also brilliant to be building more partnerships in 2020 and welcoming more sponsors onto our journey – all to be announced very soon“

Notes on Lydia Walmsley
Lydia first got started in motorsport at the famous Buckmore Park in Kent at only seven years of age. She was instantly comfortable racing round at speed and so she began kart racing at local track Anglia Indoor kart centre in 2011.

In only her first ever season of racing she was runner up in the corporate Cadet points championship, narrowly missing out on the title by a single point.

2012 saw her racing at Ellough Park Raceway in Beccles. Everything was going well and she was winning the novice trophies when disaster struck. A crash saw her break her leg in two places. This did not put her off in the slightest and she returned to racing the same year taking a podium place at the cadet championships and at the EPKC Presentation evening she was awarded the Young driver of the year.

2015 was the beginning of her two most successful years in karting winning the Ellough Park Kart club championship and she was also a finalist in UK Karting magazine’s female driver of the year.

Lydia then went on to take the Junior Rotax Championship at Ellough Park (winning by 283 points) which made her a back-to-back champion there. Her success throughout 2016 was recognised by her local radio station, Town 102. This resulted in her taking the ‘Sports star of the Year’ award at their Local Hero Awards that April. She also began her car racing career in 2016 driving a Citroen Saxo in the Junior Saloon car championship to prepare for a full season in 2017.

2017 got underway in successful style with a fourth place at the first meeting at Silverstone. The year proved very up and down in both the literal and metaphorical sense. She took some strong results but also survived a huge roll at Knockhill, one of the biggest in the championship’s history. She was unscathed and her team performed miracles to get the car back out at the next rounds.

It was decided for 2018 to move up to full senior car racing into the MINI CHALLENGE. This was always set to be a learning year and she got some strong results but still missed out on that longed for podium.

Then onto 2019 where things came good with five trips to the podium, two third places, two seconds and a debut win at the final race of the year. She was also nominated for the BWRDC Junior Goldstar award and the Downforce Radio Henry Surtees Teen racer of the year.

She was also awarded the BWRDC Jean Denton trophy, an historic award won by many top female racers since it was first presented in 1970.

Still only 18, she looks set for a strong future in motorsport.

Notes on the team – Lydia Walmsley Racing
Lydia’s team is a family team in the truest sense. With only two main members on the mechanical side of things, the team is headed by dad Michael who is supported by mechanic and family friend Dave. Despite being such a tiny squad they push the larger professional teams close on and off track when they have performed some feats which would leave BTCC teams envious including two incredibly rapid car rebuilds between rounds. They are the force which supports Lydia in her fight to reach the top. Also backing Lydia on the driving side is her long-term driver coach Joe Tanner. He travels all the way from Scotland for every race and has been a big help to Lydia in succeeding so quickly in car racing. 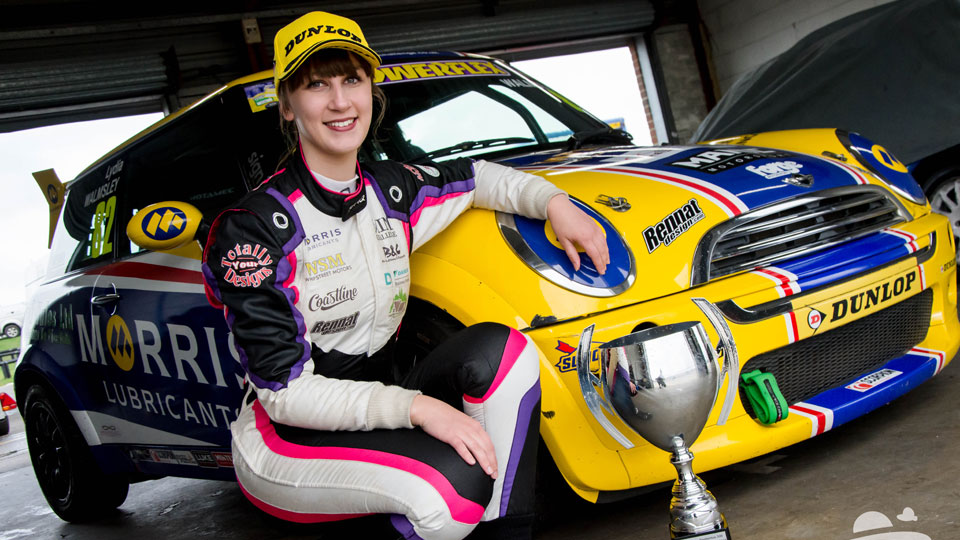 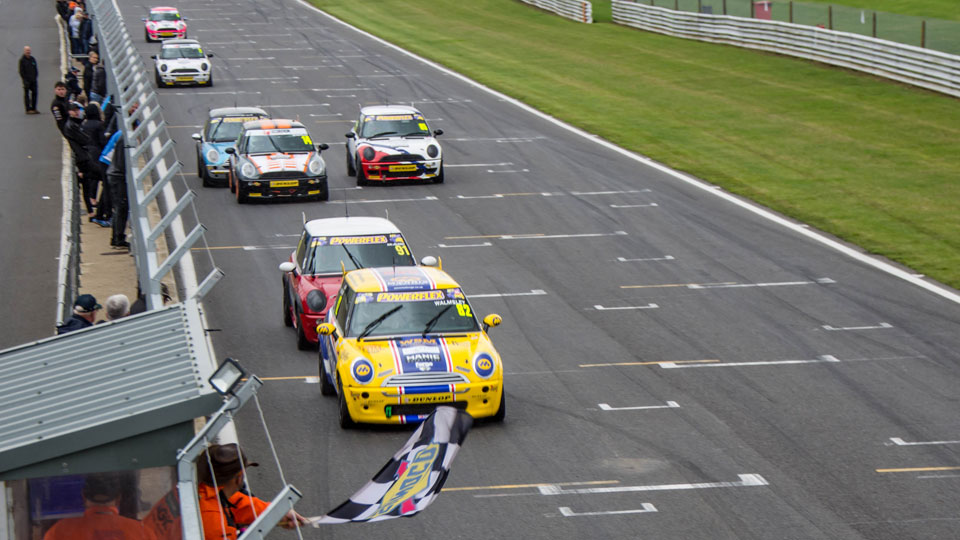 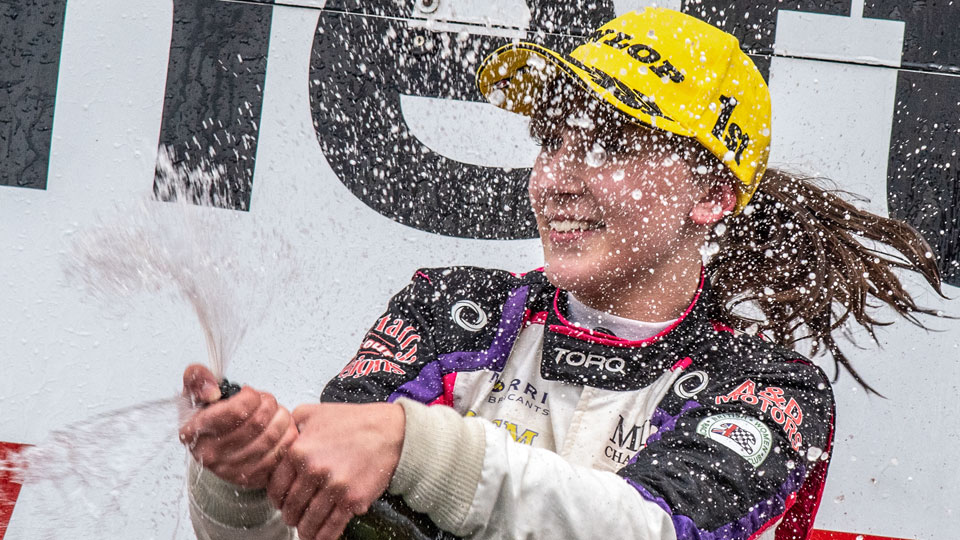