North Yorkshire based racing driver Max Coates is set to join multi-championship winning team, Elite Motorsport, for both their maiden seasons in the MINI CHALLENGE.

2020 sees the MINI CHALLENGE entering its most exciting season yet as it steps up to become a support series at eight of the ten British Touring Car Championship (BTCC) events.  Featuring live ITV4 coverage reaching 20 million in the UK alone and average crowds of 38,000 people, it replaces the Renault UK Clio Cup where Coates has enjoyed 14 race wins and championship challenges over the past four seasons.  Likewise, Elite Motorsport have been champions for the last three years in Ginetta Juniors and are 2019 Ginetta GT4 Supercup Champions which both support the BTCC.  The joining of Coates and Elite Motorsport is therefore an exciting one.

Both Coates and Elite Motorsport have no previous experience racing the Gen 3 F56 MINI Hatch JCW race car, however Elite brings forward Richard Skeels and Martin Poole as chief engineer and number one mechanic.  Both have been part of a championship winning campaign in the MINI CHALLENGE in former roles.  After a successful pre-season test at Calafat in Spain both are confident going into the season ahead. 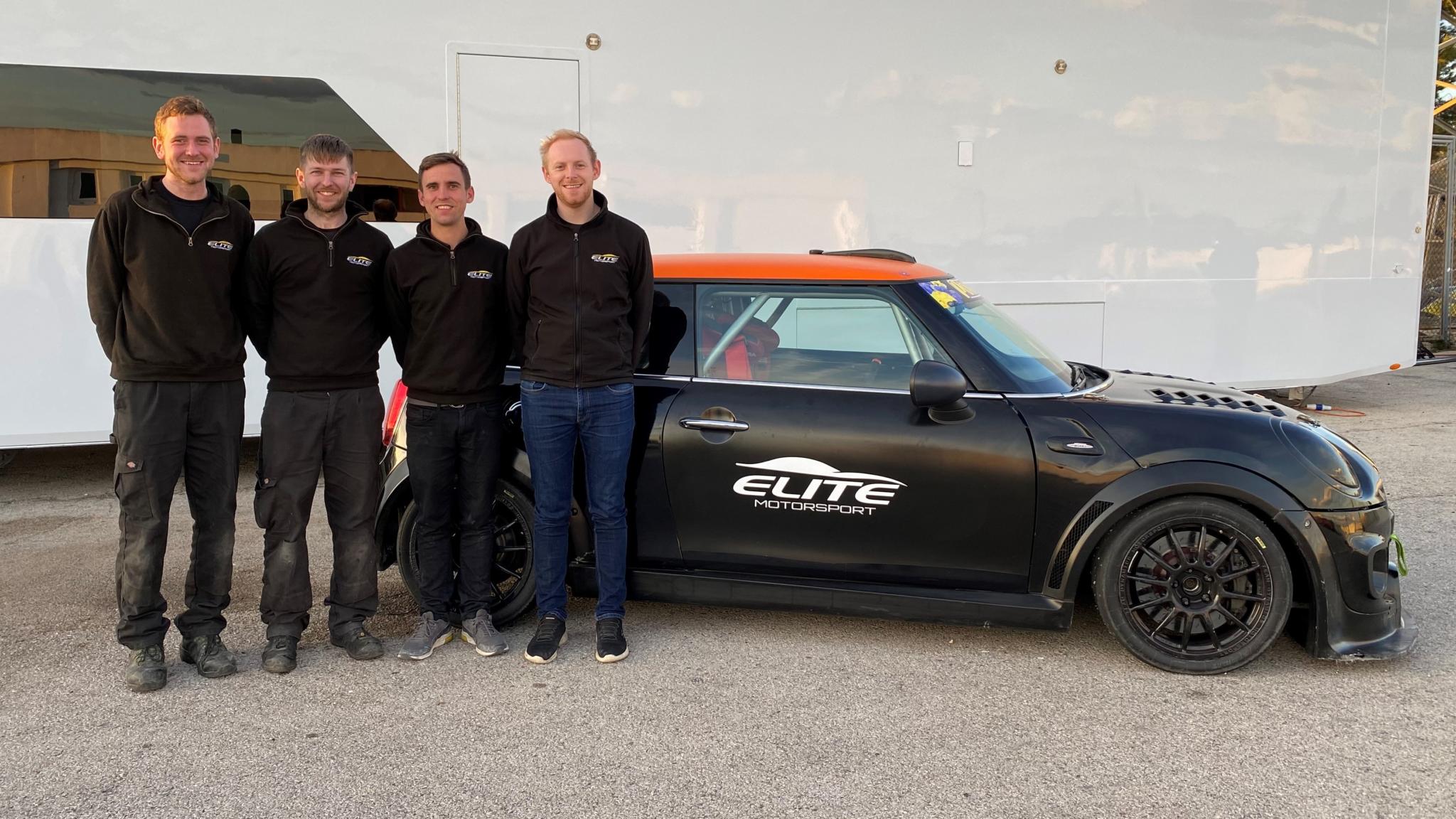 Coates said, “After a very successful test with the Elite Motorsport team I am happy to be signing with them for the 2020 season.  I drove the car for the first time two weeks ago and immediately got to grips with it.  The three-day test was very useful and we were able to make a number of changes to the car to understand how it would react.  I’m confident that with another few days under our belt before the season starts, we’ll be ready to hit the ground running at Donington.  I’m really looking forward to working with Eddie, Rich and Martin this year alongside my long-standing mechanical team.  I’d like to extend a thank you to Elite Motorsport as well as Primex Plastics, RPC bpi PLASgran, JiC transport and all my other partners who have continued to support me in 2020.”

Ed Ives, team owner of Elite Motorsport said, “We are extremely excited to have Max onboard.  With his experience of front wheel drive cars and having run at the front in the Clio Cup, there is no doubt that he will be an integral part of Elite Motorsport’s fight for the MINI CHALLENGE title.”

The first round of the championship is at Donington Park in Derbyshire on the 28th / 29th March 2020.  Coates’ local round of Croft will feature on the 15th / 16th August.  Fans will be able to follow the season via Max’s, Elite Motorsport and the MINI CHALLENGE social media as well as live on ITV4 from each event.  Tickets for each race meeting are available via the individual circuit’s websites.

Max Coates started racing in karts when he was 8 years old and competed in national level championships throughout his karting career.  He then graduated into the Ginetta Junior Championship in 2010 and has since raced in the Ginetta GT Supercup, Porsche Carrera Cup GB and the British Touring Car Championship (BTCC).  In 2016 he started to compete in the Renault UK Clio Cup, finishing 3rd and 4th in 2016 and 2017 in the championship overall.  He took three wins over two seasons.  He then moved to Pyro Motorsport in 2018 and was a serious title contender, missing out in the final race of the season by a matter of points.  2019 followed in a similar way, battling throughout the year with Jack Young.  Coates, driving for Team HARD, took 7 wins and finished 2nd in the championship.

Hailing from North Yorkshire, the 26-year-old is aiming for a career as a racing driver with a firm focus on racing in the BTCC.  For 2019 Max has signed up for the MINI CHALLENGE with Elite Motorsport.