MINI CHALLENGE MAKES THE MOVE TO GOODYEAR TYRES FOR 2020

The MINI CHALLENGE JCW field will further strengthen its links to the British Touring Car Championship by following its switch to Goodyear tyres for the 2020 season.

To coincide with the CHALLENGE’s maiden year running alongside the BTCC as a full-time part of the TOCA support package next season, the 265bhp JCW field will also mirror the touring cars’ move from Dunlop to Goodyear-supplied tyres.

Goodyear – a sister brand to Dunlop – has already returned to the sport’s international stage with supply deals in top-flight series such as the FIA World Endurance Championship, and has been keen to expand its national presence also through its deal with both the BTCC and now the MINI CHALLENGE.

The MINI CHALLENGE JCWs will run on a variation of Goodyear’s new Eagle F1 SuperSport slick tyre range, allowing drivers the chance to develop their skillsets around similar race tyres to those used within the BTCC.

MINI CHALLENGE Promoter Antony Williams said: “It’s great to be following in the wheel tracks of the British Touring Car Championship by being the only other British championship to run on Goodyear tyres during 2020. At the MINI CHALLENGE we’re proud to be considered as the perfect feeder series to touring cars, and having similar, ultra-high-performance tyres will only strengthen that link. The 2020 season is shaping up to be one of the most exciting in the history of the MINI CHALLENGE.”

Goodyear Tyres Manager Mickey Butler added: “The MINI CHALLENGE has grown in both scale and prestige over the last decade to be the definitive stepping-stone to the BTCC. We are proud to continue working with the championship as part of the Goodyear comeback to top-level motorsport.”

Goodyear has an enviable record in motorsport, with its products having taken 14 Le Mans 24 Hours wins and facilitated 368 Formula 1 Grand Prix successes – a record that still stands unbeaten. 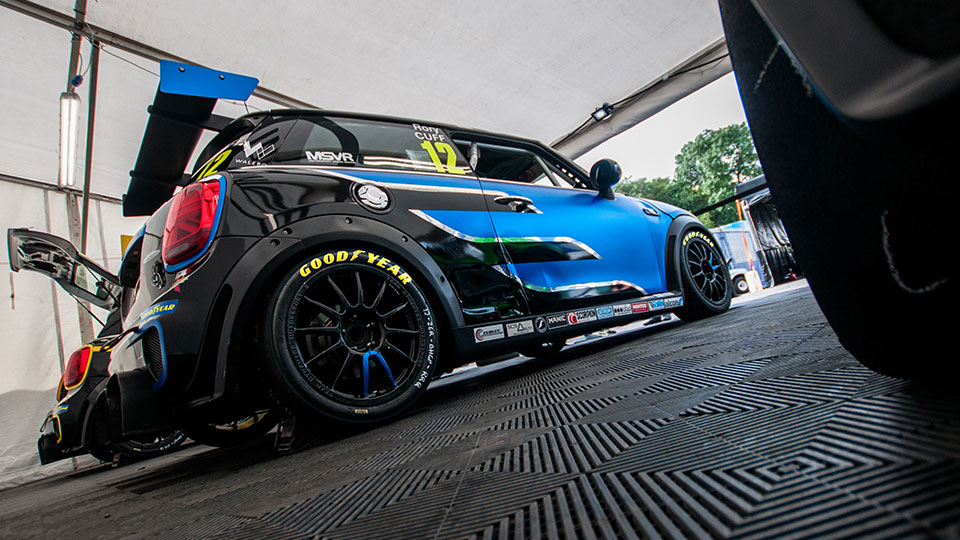