“Leave it until the end,” they said, leave it until the last lap they did. A wet track made the tyre choice a bit of a gamble. Overnight rain had left parts of the circuit very wet. Being out so early the track had yet to dry. A temperature of 3o did not help!

Stuart McLaren was the early leader, followed by Rob Austin on the next lap. Along came Daniel Butcher-Lord to take pole for the next 3 laps only to be taken by Rob Austin on the penultimate lap, then on the last lap Daniel took it back to claim Pole position for the 1st race. The Class win edging closer. Rob was not happy, despite a full engine rebuild, his car was not on song. Still, second place can’t be too bad, Stuart and Sami Bowler took up the next 2 places with Alan Lee, Keir McConomy and Steve Webb making up the rest of the Grid.

Daniel had a superb start and he was gone! Rob stayed with him followed by Stuart McLaren, a little way behind was Sami. It all stayed that way until the last lap of the race. Rob Austin pulled over at the end of the Bentley straight and had to wait for the Rescue team, the start of a rotten weekend for Rob. Daniel now had an enormous lead of over 14 seconds as Stuart and Sami inherited the next 2 podium places. Alan Lee gave up on the first lap so a rather diminished field took the flag after the allotted 15 minutes. The good news for Daniel, he has, at last, won the Cooper S class 2019.

The first five places on the grid reversed gave Keir McConomy pole alongside Steve Webb. Next up Sami and Stuart, followed by new champ Daniel, the rear end taken up by Rob and Alan, both non-finishers in the previous race.

A great start from Stuart McLaren, straight into the lead by the first bend. Stuart stayed in front and was looking like he may take the win from a fast-approaching Daniel Butcher-Lord, Sami was hot on heals and it was looking as though we would have a great race. Unfortunately, Stuart’s gearbox decided to have trouble with 5th gear and then 3rd gear, he would have to nurse his car home. Daniel inherited the lead and gave us all a demonstration on how to drive an R53, pulling a 16-second lead when the flag came out. 12 wins in the class this year. Rob Austin’s luck gave up when he again pulled over with car issues after the first lap. Sami was content after nearly coming to grief with her badly understeering car to take the final step of the podium. Two 3rds will do fine. Kier McConomy was having a great race too and would have taken 3rd had it not been from an overzealous start and he was handed a 10-second penalty. Harsh but rules are rules.

A frantic qualifying session, 20 cars and a damp track. Getting dryer as the cars got faster and faster. In the Pro class, Lydia Walmsley was pushing hard and had pole virtually straight away, Robbie Dalgleish finally got the fastest lap on the 3rd lap to lose it again to Lydia on the next lap to take it back on the next lap. This all ended abruptly when a collision caused the session to be red-flagged and was not restarted.

The front row had Robbie Dalgleish next to James Hillery who had managed a really quick lap just before the red flag. Some cars only getting warmth in the tyres in 4/5 laps most of the cars had. Lydia was next to Dominic Wheatley. Surprise, next up were a couple of Cooper class drivers splitting the Pros. Josh Porter and Josh Martin. Toby Goodman was driving one of the cars involved in the collision that caused the red flag. His car being badly damaged. James Parker was in the other car. Paul Manning trying to get the cooper lead back was in 3rd next to Mark Cornell who is back racing after missing Donington.

Cold tyres on a cold day. The front four Cooper Pro cars all got off to a great start. Robbie Dalgleish followed by James Hillery and Lydia Walmsley. Dominic Wheatley took a great lunge while James went sideways holding back himself and Robbie demoted them all with his speed. Toby Goodman, in the spare ExcelR8 car was pushing hard as they went round the Wilson hairpin. Robbie and Dominic having a great tussle changing places a few times. Toby Goodman pushing hard. All seven Cooper Pro cars all sticking together in a tight pack.

In the Cooper class Archie O’Brien took the lead in the class from Josh Porter, Lee Pearce and Mark Cornell. The early lead from Andy Ringland losing it going into Riches. Andy Langley was also putting on a good show.

Robbie still having a great race with Dominic and Toby Goodman, James Hillery having a great battle with Lydia.  Alex Nevill had a driveshaft break to end his race. So much going on, probably the most exciting race of the year. In the closing stages with Robbie in the lead, Toby took a great lunge to get 2nd from Dominic, while in the Cooper class Archie O’Brien was having a great tussle with Lee Pearce. In the final lap, all three Cooper Pro front runners with Dominic Wheatley taking 1st to win from Robbie with a side by side challenge from Toby Goodman. Hannah Chapman is now having a battle with Lydia for 5th and 6th.

In the Cooper class, Archie O’Brien scores a 1st from Lee Pearce and Mark Cornell. What a race. (All on Youtube to relive the moment!)

The last race of the Cooper and Pro classes of the year. Lydia was on pole alongside Hannah Chapman, an all Female front row! The Cooper class had Josh Martin and Andy Langley on the front row.

Lydia had a brilliant start taking a great lead before going into Wilson. Hannah was having a good battle with James Hillery and Robbie as they all wanted to go after Lydia while defending. In the Cooper class both Andy, Josh and Lee Pearce had great starts. They stayed that way through most of the race. Robbie taking 2nd from Hannah with a great late-breaking move, James Hillery wanting some of the action as well. Lydia was having a great run, defending and driving superbly while the others all squabble behind her. Robbie trying but Lydia kept breaking the tow. Lydia and Robbie pulling away from the field, all the other cars sticking well together. Hannah defending 3rd from Toby and Dominic. In the Cooper class, they too were still all sticking together with some very tight racing. Toby finally getting in front of Hannah at the halfway stage. Robbie was trying every trick in the book to get by Lydia. Toby was on a charge and got close to Robbie, these three pulling away from the field down the Bentley straight. In the Cooper class, Andy Langley, Josh Porter and Lee Pearce were hard it. The rain had started to drop but not too heavily. Toby was getting very aggressive and pushing Lydia hard, Robbie lunged hard for 2nd while Dominic dived into 3rd. Alex Nevill came out of nowhere to get 4th.  At the flag, Lydia took her first win. Totally ecstatic, Robbie Dalgleish became the Cooper Pro class winner for the year and the Sunoco 240 Challenge winner. Andy Langley won in the Cooper Class at his home circuit. Lee Pearce took the Cooper class win for 2019.

What a great way to end the year. 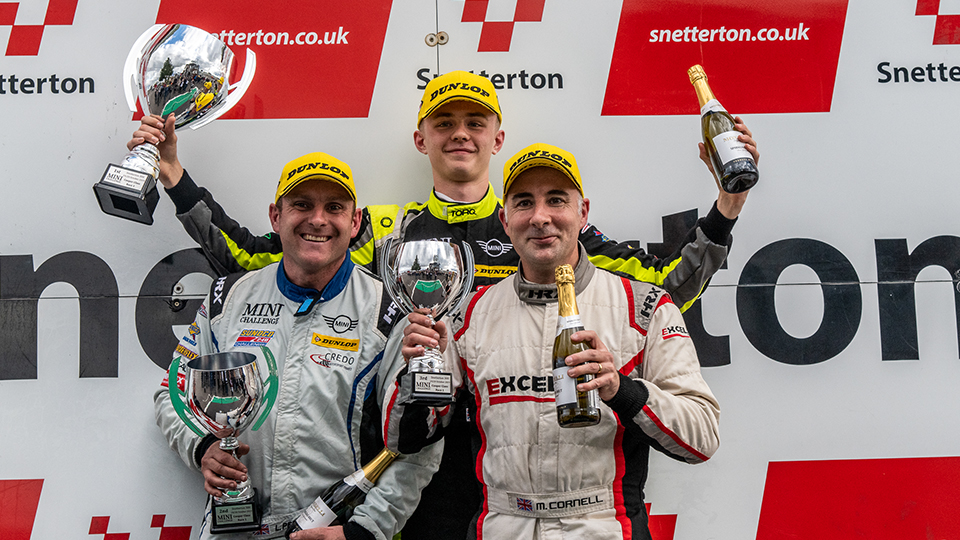 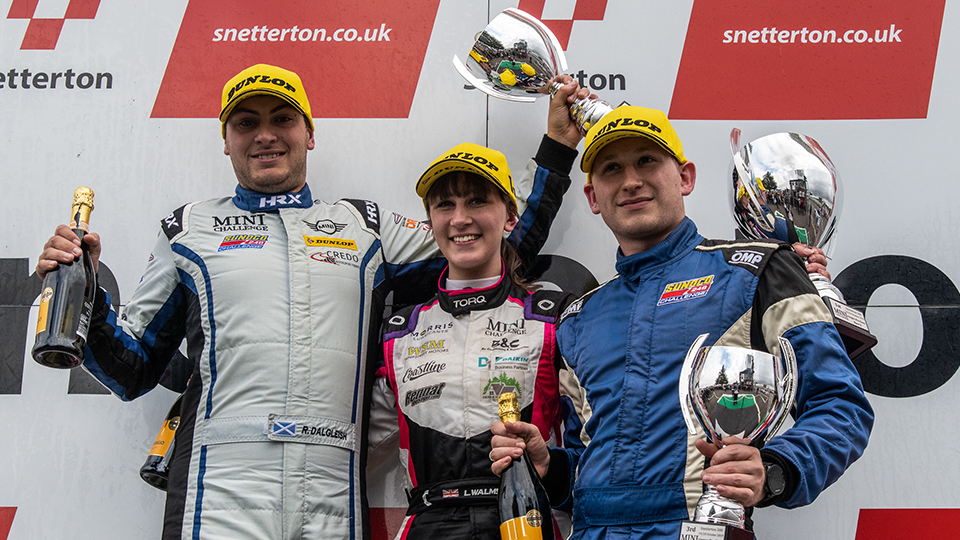 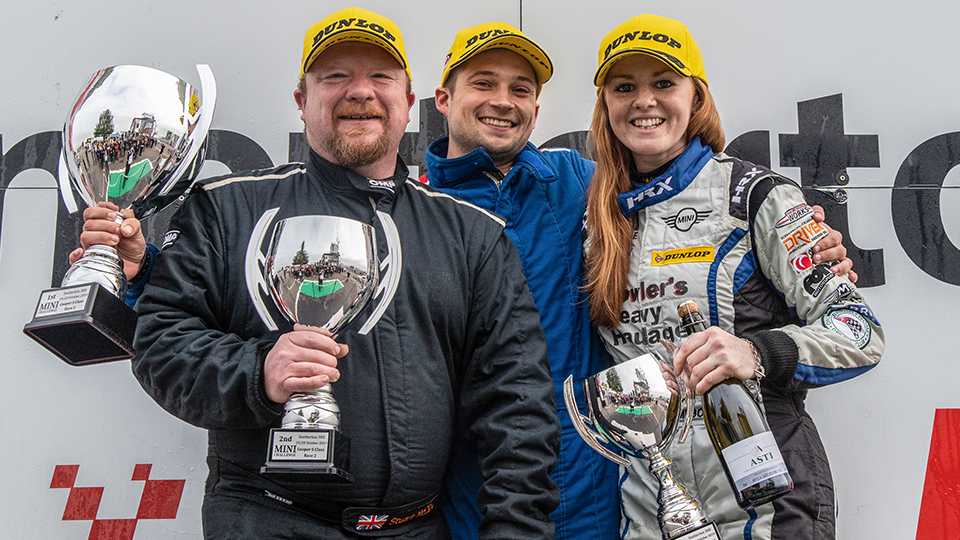 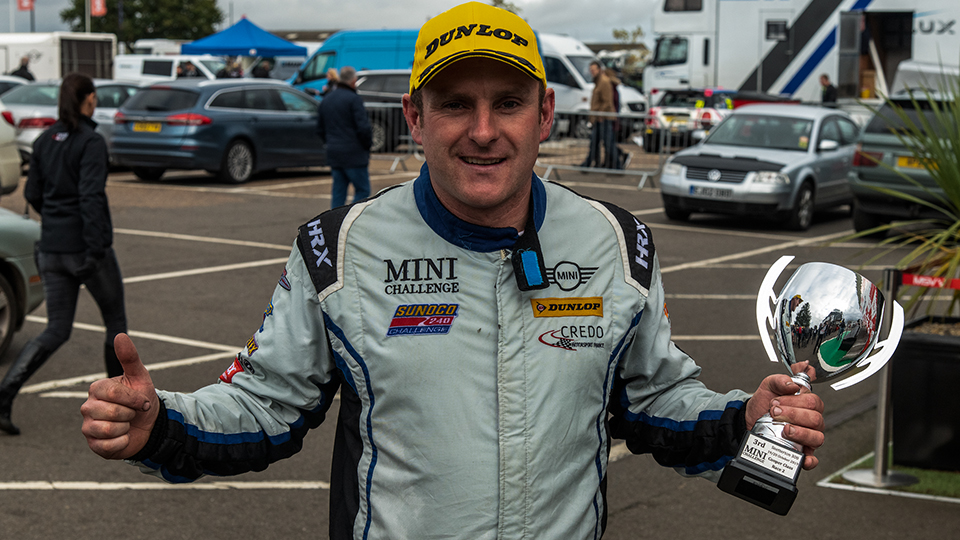 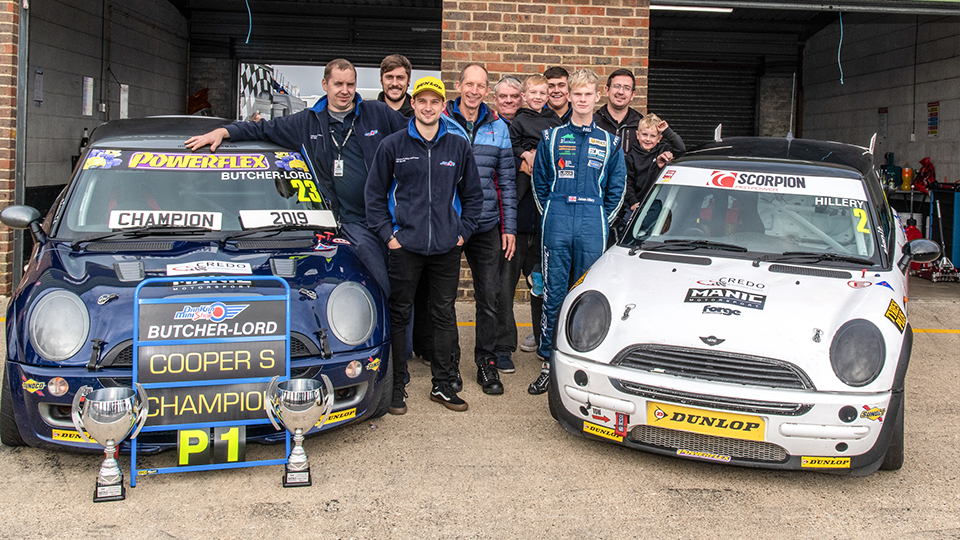 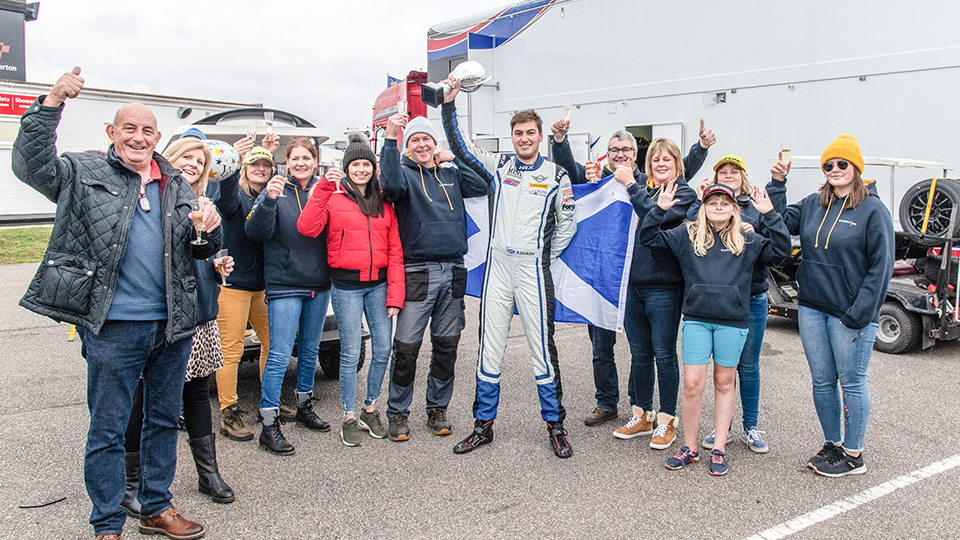 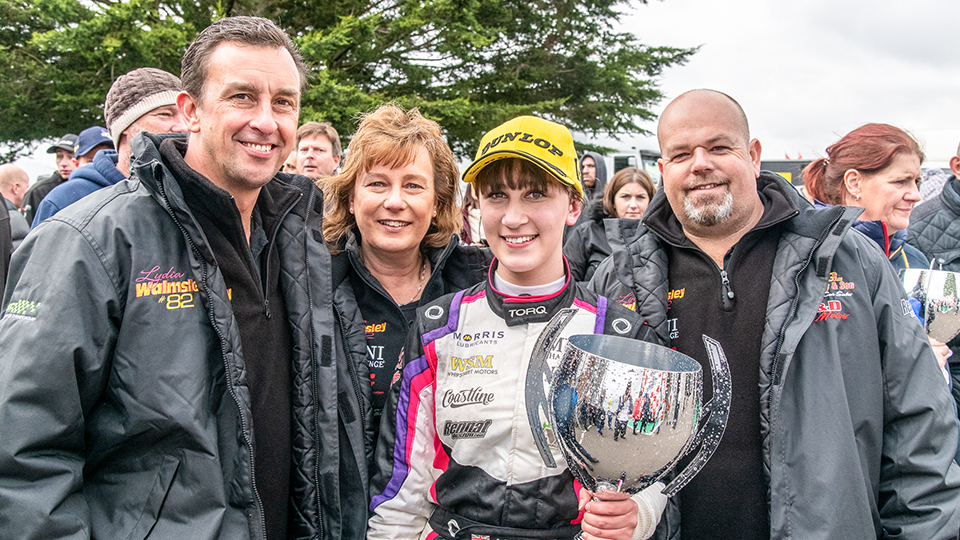