HARRISON DOES THE DOUBLE, BUT GORNALL TAKES JCW TITLE

No MINI CHALLENGE season in history has featured a finale quite like it. Nathan Harrison claimed his second race win of the weekend to give himself the best possible chance, but fell just short of James Gornall’s tally after the destiny of the title was ultimately decided by the bonus points for fastest lap.

The final race of the season always has potential for drama, but none have come close to the type of breathless and frantic outing witnessed at Snetterton, with the championship momentum swinging a different way with virtually every lap.

Harrison trailed Gornall by just nine points ahead of the finale, and had it all to do from seventh on the reversed grid, especially with Gornall starting right in front of him in fifth, and Dan Zelos – who still held a faint hope of stealing the crown if the top two hit trouble – in fourth.

All eyes would be on the leading trio, and what progress they could make over the opening tours.

Harrison didn’t get the best of launches, but made up a lot of ground with a late-braking move at Wilson combined with his now-customary run around the outside to assume the inside for Palmer, slotting in to third to chase the fast-starting Zelos and early leader Jack Davidson. But that set up the first of the dramas, with Zelos and Davidson rubbing into Coram, sending Zelos spinning across the grass and out of contention.

That was good news for Harrison, who assumed second and proceeded to chase down Davidson, knowing another win would be his only chance of overhauling Gornall, who was running fourth behind Max Bird. Gornall managed to squeeze past Bird to run third, just before contact between Kenan Dole and Bird into Riches cost both dearly.

Up front, Harrison reeled in Davidson and dived for the lead at Hamilton, just before things were calmed by the appearance of the safety car, which was needed to clear the stranded JCW of Ruaridh Clark, which had come to grief at Riches.

With Harrison leading and Gornall only third, Harrison stood to take the title, but the one factor nobody had counted on was Ben Palmer, who had made strong early progress with a string of passes to run fourth. Palmer then slipped past Gornall to throw the cat amongst the pigeons and swing the title even further toward Harrison.

Palmer pressed on, attacking Davidson for second around the outside at Agostini, but Davidson defended and opened the door for Gornall to re-take third as Palmer was squeezed wide on the exit of the hairpin.

Knowing the points for third wouldn’t do, Gornall used a superb run out of Murrays to steal second place from Davidson on the brakes into Riches. That left the top two just points apart in the championship, meaning the bonus scores for fastest laps became the deciding factor.

Harrison, Gornall and the recovering Zelos all traded the top time, with each tick of the lap counter assigning those vital extra points differently between the drivers. Each time Zelos topped the times, it stole points from the top two and kept both guessing which way the championship would swing.

Harrison held the race lead until the flag, crossing the line to beat Gornall, and finally securing the fastest lap – and the six bonus points that went with it – however, Gornall secured the five for the second-fastest time on his penultimate tour to hold on to the championship by just two points.

“It just doesn’t get closer than that, I’ve never had so much stress in a championship showdown… ever!” said Gornall, who was visibly emotional as he climbed from his car. “I was already crying, and then I had a blast of champagne in my eyes to help! It just means so much. We’re a small team of privateers fighting against the big boys, and this is such a tough championship. It’s still sinking in that we’ve done it.

“The race was just frantic. I knew if I finished second to Nathan and scored enough on the fastest lap points that I could do it, so I didn’t want to risk anything. Plus I don’t think I could pass him anyway, he was like a rocket! After we finished I didn’t even know if I’d won it until we worked out who was fastest and when. It’s just amazing!”

Harrison was understandably dejected on the podium, despite his stunning end to the year. “I’m happy about that race, but truly gutted about the championship,” he said. “I did all I could – two wins, pole and fastest laps, and yet it still wasn’t quite enough and to lose the title by such a small margin is hard to take. I’m sure I’ll regroup from this, and fair play to James he’s driven great all season. I’ve seen him fully sideways so many times and he always manages to save it somehow. It’s been a great fight this year.”

With the title settled, that just left the final spot on the podium to play for. It probably should have gone to Palmer, but he was elbowed off at Bomb Hole after a side-by-side tangle with Davidson, who himself was then put out of the race by another clash with Zelos on the exit of Williams. Retiring with broken steering was a sad end to Zelos’s stunning maiden JCW season.

“It’s not the best way to sign off,” said Zelos. “But I still have to be happy with the results I’ve had this year. It was only supposed to be a learning season and I’ve won the Rookie Class title and was in the main championship fight until the very last round, so things look good ahead of 2020.”

With so many hitting trouble, Rory Cuff came through from ninth to secure his second-ever JCW podium. “I have no idea how that happened,” he said. “I think I need to watch the whole race back from my onboard as there were cars going off everywhere and I just kept things clean and benefited from it.”

Lewis Brown finished his year with a fine fourth, ahead of Tom Rawlings, who put in a stunning charge from 27th on the grid to finish fifth and take the Rookie Class race win in what has to be one of the drives of the year.

“I knew I just had to go for it and take whatever chance I had, and it all worked out as others hit trouble – I’m pleased with that drive!” he said.

Palmer recovered to sixth, ahead of Brad Hutchison, Callum Newsham, James Macintyre and Ryan Dignan, who rounded out the top 10.

With the season settled and the championship decided, the final word goes to Gornall. What does the future hold for the new champion?

“I joined the MINI CHALLENGE to learn front-wheel-drive racing as one day I want to do the British Touring Car Championship. But right now I don’t have a pot of gold, so who knows… perhaps I could come back and try to defend this title? It’s hard enough to win one, let alone two… but I’d certainly have an absolute blast trying.” 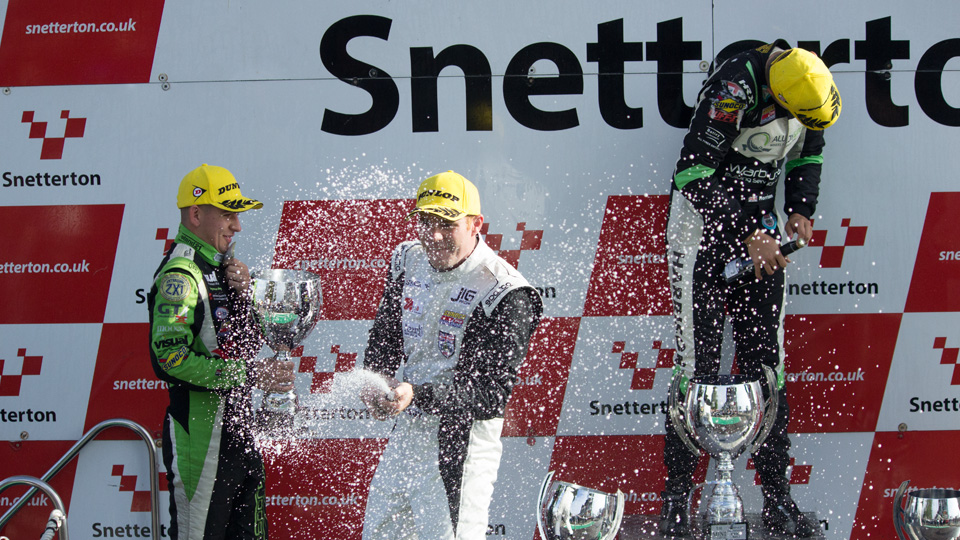 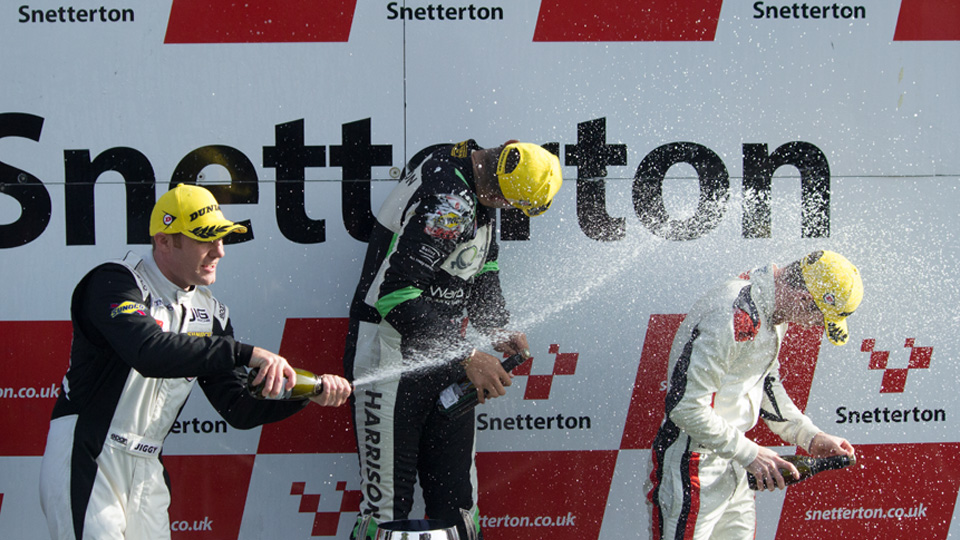 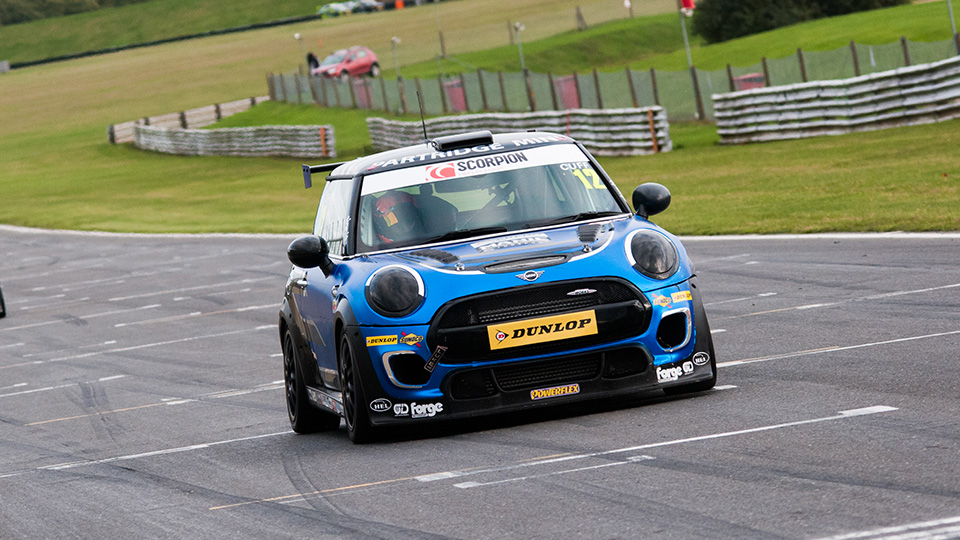