We return to where we started for the final races in the 2019 MINI CHALLENGE. The last 2 races in each class and still the classes are undecided. Exciting times.

In the Pro class, Robbie Dalgleish is still leading the class and the Sunoco 240 Challenge. He has already won the Celtic Speed Scottish MINI Cooper Cup, winning two out of three races. Last time out at Donington he managed a win, 6th and 3rd. Toby Goodman (Excelr8) is hot on his heels with just 14 points away from the lead. Toby showed us what he can do at Donington with 2 wins and a 3rd. Lydia Walmsley currently sits in 3rd place and is in a very strong position for the ladies cup. If she keeps her head down and finishes strongly, she will be assured of 3rd overall in the class. The reverse grid in the last race should certainly shake things up a bit, any of the Pro drivers are capable of leading and winning a race. Hannah Chapman (Lux Motorsport) put on a great show at Donington and was very strong until a collision in the last race. Alex Nevill (LDR Racing) is still trying to win the Rookie Cup from Dominic Wheatley (Performance Tek), both are up and coming competitive drivers. They both compete hard and fast, watch out for the Shark! James Hillery (DanKan MINI shop/HW Racing) got a podium with a superb 2nd in the wet last race at Donington, with a bit more luck he could do it again. Adrian Norman (College of West Anglia) had a weekend to forget at Donington, maybe he can string it all together and get another podium to add to his collection. Morgan Wroot (Mad 4 MINI) is hoping for better luck with a fresh car after DNF and a visit to the barrier at Donington.

In the Cooper class, World Stock Car champion, Lee Pearce has taken the lead from Paul Manning (Mannpower Motorsport), Paul has led the class all year. Can he take it back? Paul has gone off the boil in the last couple of races. Hopefully with only a 2 point deficit he can up his game. Lee had 2 wins and a 2nd last time out. Archie O’Brien (AReeve Motorsport) showed great pace with a second, a 4th and a win at Donington, growing his race craft and experience at every meeting. The two Josh’s are fighting for 3rd in class overall, they could also make it first in the class if the others above him have a DNF. Andy Langley and Neal Clarke will be hoping to be on form after their return last month in their Norfolk Cars Mini Specialist run cars

We are in for some close racing this weekend, with the shorter track lapping and the reverse grid in the 2nd race should liven things up a lot. It should all be a joy to watch. Let’s hope the rain and the fog stay away!

Daniel Butcher-Lord (R53) DanKan MINI Shop, Rob Austin (R56) AReeve Motorsport and Stuart McLaren (R53) Mad 4 MINI are all very close. With Daniel still appearing untouchable, with 2 wins at Donington keeping him firmly placed as the class leader. Rob Austin is always close behind waiting for Daniel to make a mistake. A great race watch at Donington saw Rob take the first race win from Daniel after a number of great overtakes by both. That does not happen too often. Rob had engine issues last time out, hopefully, a refresh will sort it out. To win the class Rob has to win both races and Daniel has to have a very poor finish and a DNF to achieve it.

Alan Lee had his first trip to the podium last time out, a very consistent driver, two 5th places and a 2nd. Can he do it again?

Andy Montgomery (Mad 4MINI) had 2 3rds and a 4th last time out as a guest driver. Got bitten by the racing bug and returns to see if he can do the same at Snetterton

We are in for another battle of R53 v R56. The R53’s are winning most of the time. A small but very competitive grid awaits. Excitement is guaranteed.

Nine cars as we went to press should make for some great racing as the field spreads out. Daniel Butcher-Lord, Rob Austin and Stuart McLaren will all be strong contenders, can girl power win through?  Sami Bowler in her R56’s will be competing for honours and the champagne shampoo, as well as the Ladies cup. She has a few battle scars to show how hard she races, she just loves to take the race to Stuart McLaren. 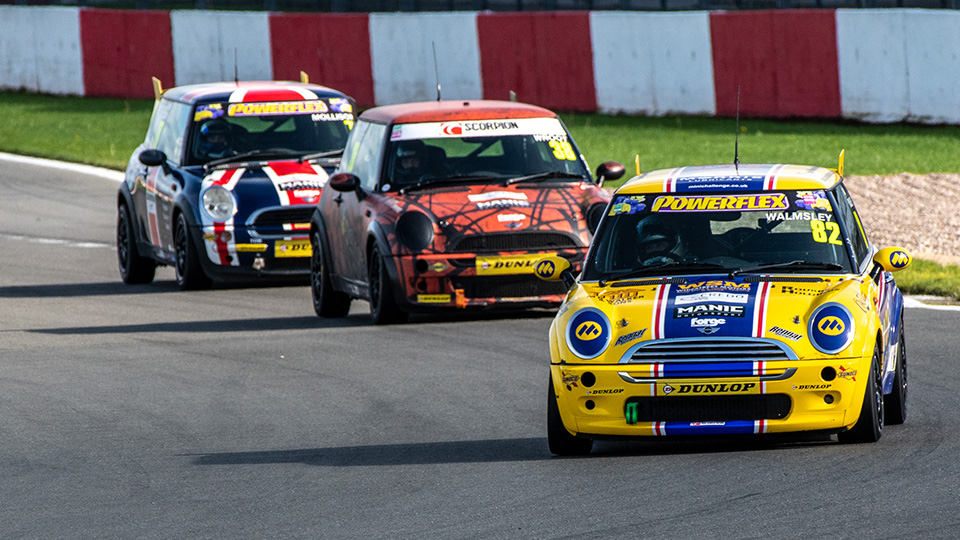 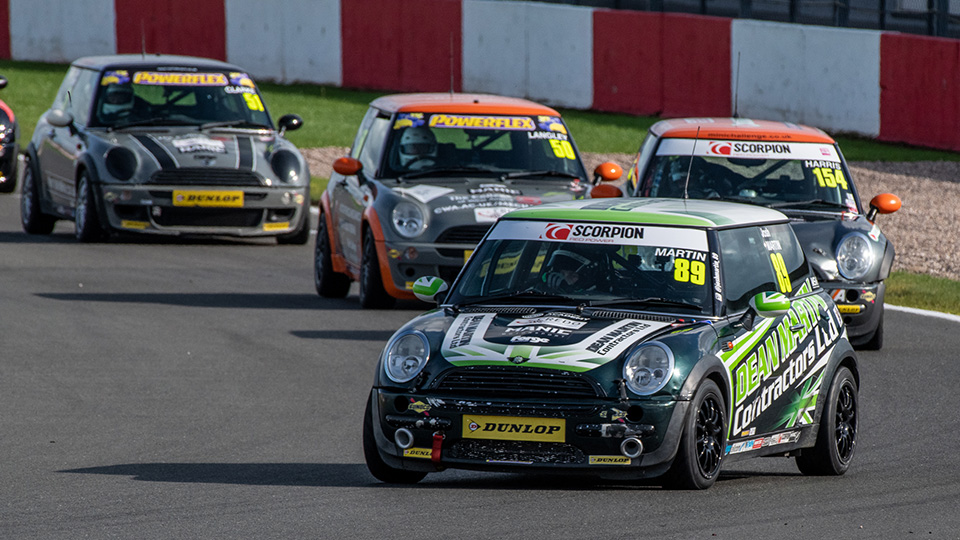 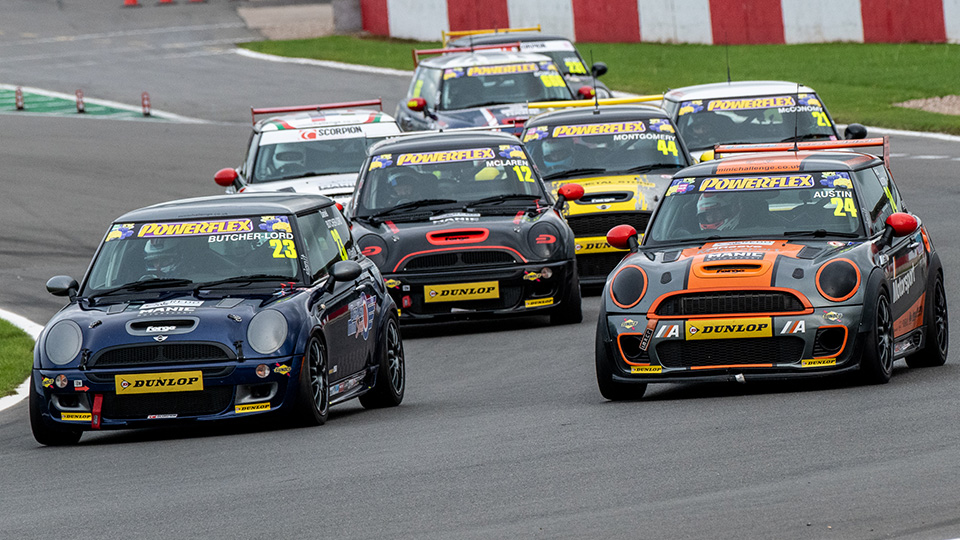 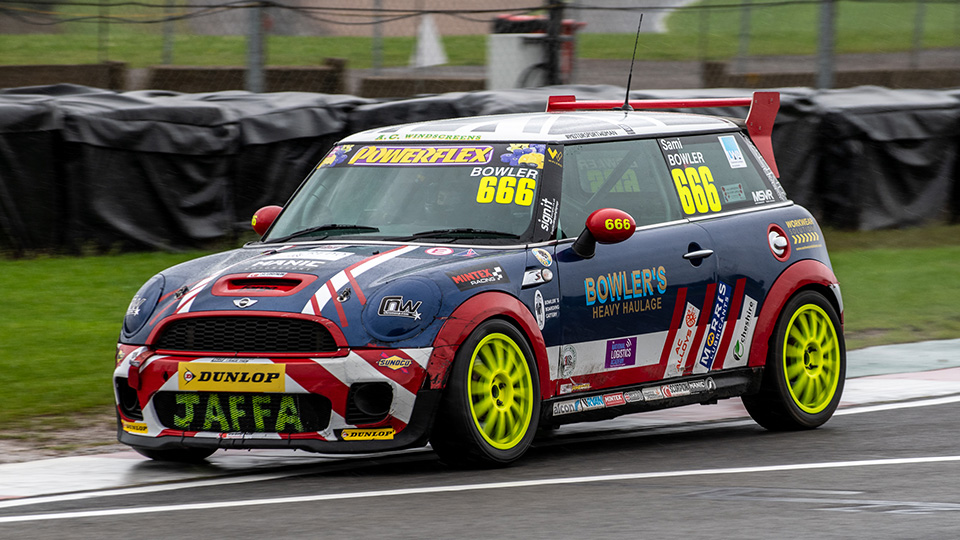