Dan Zelos grabbed his second win from four races as he came out on top of a chaotic second Donington Park outing, as championship chaser Nathan Harrison suffered a potentially season-changing dose of bad luck on the final lap.

Harrison should have had a comfortable second place, but contact in the pack toward the Melbourne Hairpin led to the damaged car of Rory Cuff unwittingly T-boning the MINI UK racer. It denied Harrison a huge haul of points and had the knock-on effect of handing the title momentum to James Gornall, who somehow secured another podium finish after what could be a season-defining moment.

Having won the first outing, Gornall drew the number eight from the reversed grid ballot, putting Cuff on pole for the final outing of the day. But there was drama at the start as Gornall was caught out by the concertina effect into Redgate, hitting the rear of Max Bird’s car as he looked to make some early progress. The contact briefly launched Gornall’s car onto two wheels, and the following Lewis Brown was dumped out onto the gravel in avoidance.

Somehow, Gornall’s car survived the impact, but there was yet more trouble to come as Matt Wilson spun on cold tyres down the Craner Curves right in front of Gornall, scattering the pack. Lee Pattison, Tom Rawlings and Neil Trotter were the unfortunate victims of the melee, which summoned the safety car to facilitate the clean up operation.

Amid the drama, Cuff had held the lead ahead of James Loukes, Zelos, Harrison, Bird and Ben Palmer. With Gornall down in ninth, everything looked rosy for Harrison. But that would all change.

When racing resumed, Zelos wasted little time, slipping past Cuff at the restart and setting about building a comfortable lead as Cuff defended hard from the four-car pack behind, which Gornall had managed to join courtesy of a string of fastest laps.

A second safety car – called to remove the cars of Richard Newman, Lewis Galer and Josh Stanton, which had all come to grief at Goddards – again bunched the pack and briefly halted the squabbling. However, it had little effect on Zelos, who again bolted on the restart to secure his second win of the year and give his title ambitions a boost.

However, those final two laps could prove pivotal in the title race, as bad luck struck Harrison. Having worked his way past Loukes to attack second-placed Cuff, Harrison used a great exit from the Fogarty Esses to dive into second, and was followed through by Gornall, who also capitalised on Cuff’s lost momentum.

However, Cuff looked to fight back, and moved to the inside of the track to attack into the hairpin, just as Gornall moved across to defend. There was contact and Cuff’s front-left tyre split off the rim, leading to a huge lock up and him inadvertently sliding straight into Harrison, putting both cars off. A distraught Cuff was out on the spot, while Harrison crawled to the flag down in 21st.

A disbelieving Gornall emerged second, ahead of Palmer. As he won, Zelos couldn’t believe what he’d seen in his mirrors.

“I have no idea what went on over those last few corners, and I feel really sorry for [team-mate] Nathan,” he said. “It’s a huge bit of bad luck for him. Obviously it helps me in the championship, but this is never the way you want to gain an advantage. The race itself was pretty good. I knew I had the pace in the car and saw my chance to pass Rory, and once ahead it was mine to control. It feels good to win, but obviously I’m also disappointed for the team as a whole as we should have had a one-two finish.”

Gornall, who went from trailing by 19 points to leading by the same amount over Harrison after the swing, added: “The race was total chaos, and I have no idea how I’m on the podium. It was mad at the start and I really didn’t expect Max to get slowed up so much and it just caught me out. I carried on but wasn’t sure if anything was bent, and then it all kicked off in front of me at the Craner Curves, and I somehow avoided it all. Those last few laps were crazy, too. I made a move on Rory and suddenly there was a hit and then all hell breaks loose. I actually feel really sorry for Nathan. He didn’t deserve that at all.”

Behind Palmer, Jack Davidson capped his weekend with fourth place after a superb drive through the chaos from 23rd on the grid. Loukes ended up fifth ahead of Bird, Sam Weller and Brad Hutchison. Kenan Dole was ninth, while Brown recovered to 10th after his early troubles.

But the attention was focused on Harrison. After the race he said: “I’m truly gutted. I know it wasn’t Rory’s fault. There was very little he could do and it was just a case of wrong place at the wrong time. It’s cost me badly this weekend, but I’ve got a month to regroup before the finale. Then it’ll just be all-out attack from me.” 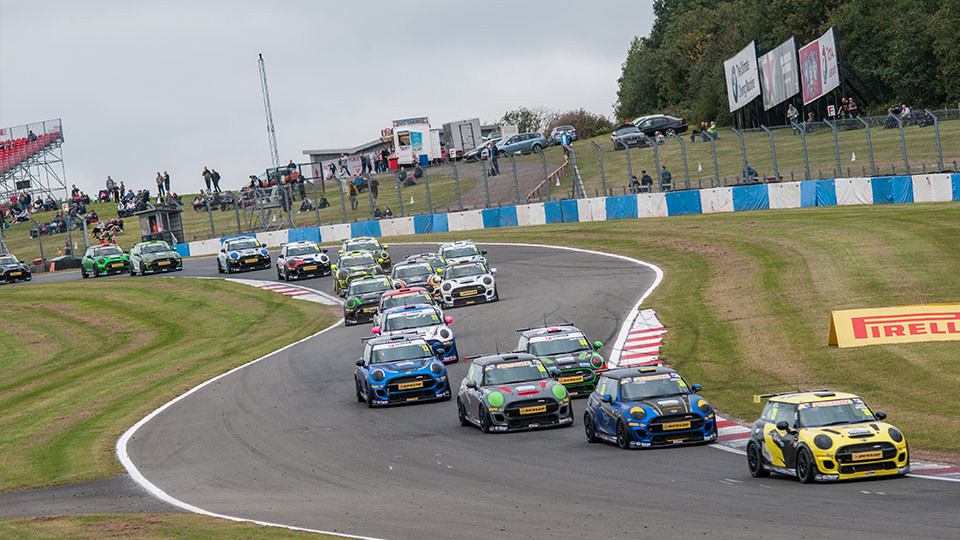 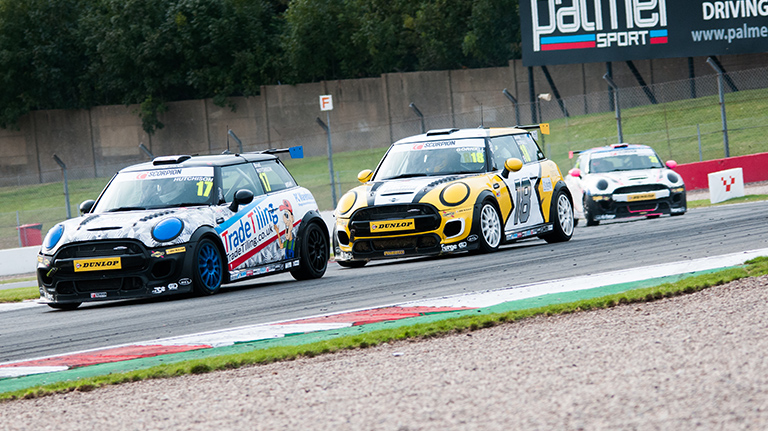 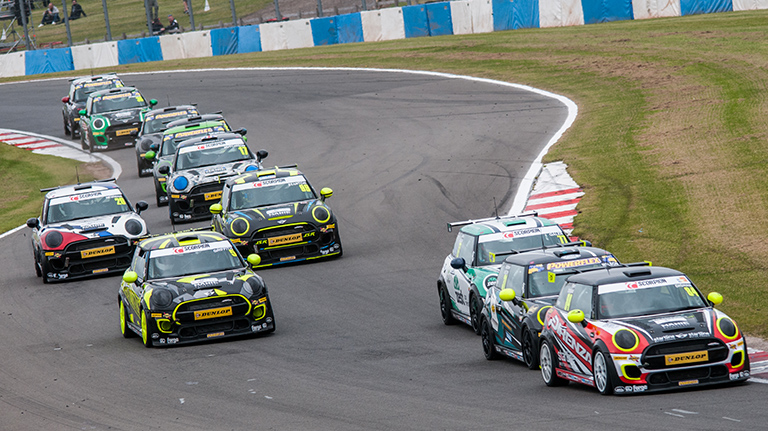 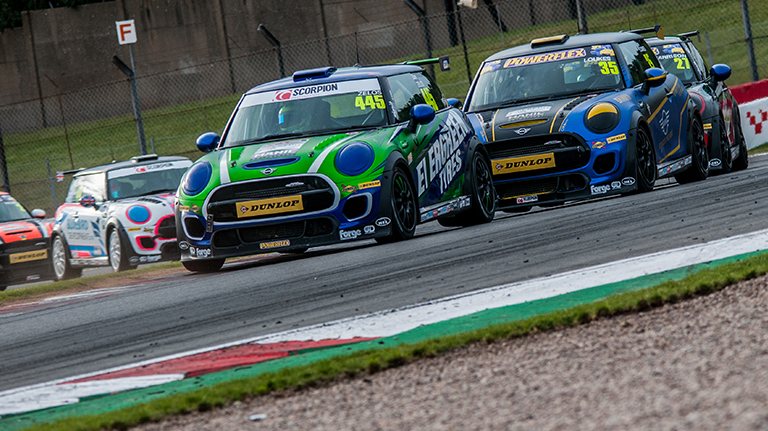 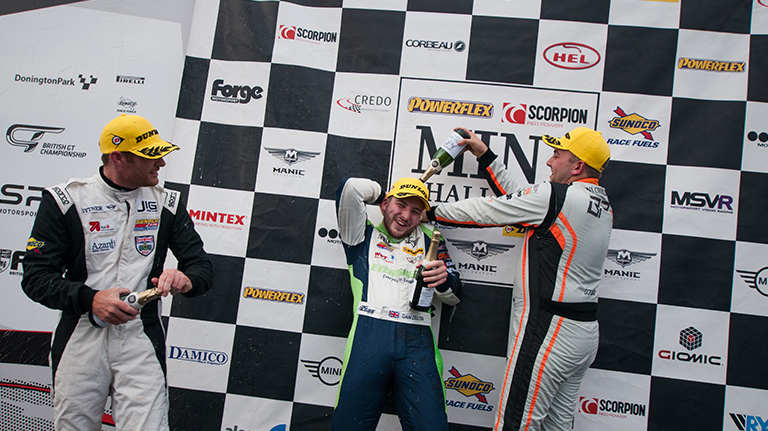