James Gornall took his win tally to five for the season after surviving race-long pressure to take a narrow victory in the first outing of the penultimate weekend of the campaign at Donington Park.

On paper, it would seem like Gornall’s win was straightforward. He started on pole, led every lap, and stayed ahead at the flag. But the reality was very different as both Dan Zelos and Nathan Harrison each took a turn to try and rattle the leader.

Gornall got a strong start when the lights went out and led the charging pack down towards Redgate as Zelos, Max Bird, Ben Palmer, Harrison and Lewis Brown filtered into line behind.

Knowing an early move when Gornall’s tyres weren’t as their best would be a good strategy, Zelos immediately launched an attack around the outside of Schwantz Curve, having got a great run out of the Old Hairpin. The line gave Zelos the inside for McLeans, meaning he edged ahead for a few metres, before Gornall regrouped to hold the wider line through Coppice to take top spot back into the Fogarty Esses.

The early tussles settled down briefly after the turbulent opening lap, with Gornall just holding off Zelos, Harrison and Brown as the top four began to pull clear into their own private battle.

Zelos shadowed Gornall, awaiting a mistake, and it arrived at mid-distance when the rear of Gornall’s car broke traction into the Old Hairpin and kick-started a heart-in-mouth moment as the leader skipped sideways across the grass before rejoining.

“I essentially decided to make things interesting by trying to throw it away all on my own” said Gornall. “The rear started to slide at the apex, and then the car hit a bump and it was a pretty wild ride from then on. I got back on, but had Dan all over me by that point.”

Zelos attempted his move around the outside of Schwantz again, but the result was the same again, with Gornall briefly losing out before using a better run down the straight to slot back ahead into the chicane.

The battling allowed Harrison and Bird to close in further, and things came to a head when Harrison pulled off a great move around the outside of the Melbourne Hairpin to slot into second, with Bird following him through at Redgate as Zelos lost momentum.

Harrison piled the pressure on Gornall over the final few laps, but Gornall stood firm to hold off the championship leader. Heading into the race, Gornall had trailed by just 24 points, this result brought that gap down to just 19 with three races remaining.

“There’s an absolute ton of points still to play for this year, so it’s still anybody’s championship,” said Gornall. “But it is coming down to that point in the season where wins for me are more crucial, and this was a big one. It was a really tough race, not helped by me throwing it off, but luckily I got back on the track in time and did enough to hold on for the win.”

Harrison was a pleased second, especially with his car patched up after the MINI UK team identified a small turbo leak to be the root of his power flat spot in qualifying. “I’m not here to make silly mistakes and throw the championship away, so I was happy to just sit inside the top five, but I took my chances when I got them,” he said. “The car felt brilliant in that one, but I was wary of trying to pull a dive on James at the end. Second limits the damage in the championship and I always said it would be consistency that won this title.”

Brown was a delighted third, equalling his best finish of the year – which also came at this circuit back in June. “We changed the setup to give the car a bit more rear-end grip, and I think that really helped, especially seeing as it’s cooler today,” he said. “I didn’t get a bad start, but the pack was so tight at the beginning that it was so easy to get squeezed off line and lose a load of ground. It was about keeping things nice and tidy early on and then I got Dan into Redgate when Nathan made his move. Third is great, but I’m still aiming higher before the end of the year.”

Zelos was fourth, but reported an odd lack of power in his car toward the end of the race. “The car was great at the start but seemed to struggle in a straight line later in the race, and it was really dropping off at the end,” he said. “Perhaps it was setup, but we’ll have a look.”

Bird took his third fifth place finish of the season after a great drive in which he took the fight to the leading pack all the way through. He rued a lack of traction out of the tighter turns, but was otherwise pleased with such a competitive outing.

James Loukes took sixth, ahead of Lee Pattison and Rory Cuff, who spent all race scrapping for position. Ben Palmer originally took the flag in fifth place – having run as high as fourth early on before dropping back with setup issues – but he was handed a five-second penalty for straying beyond track limits that dropped him to ninth in the revised result. 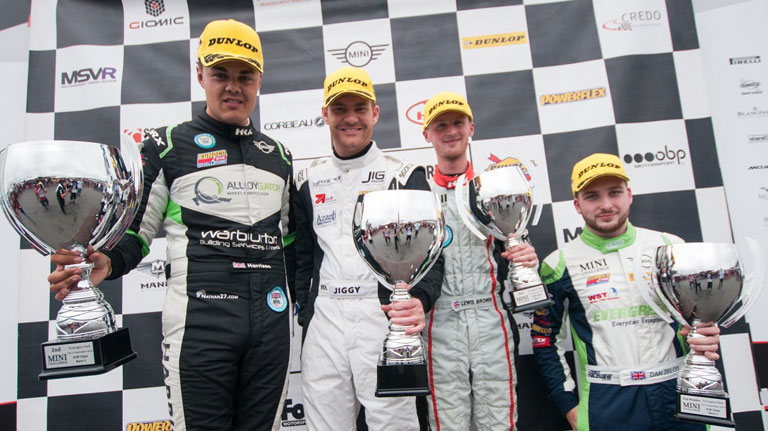 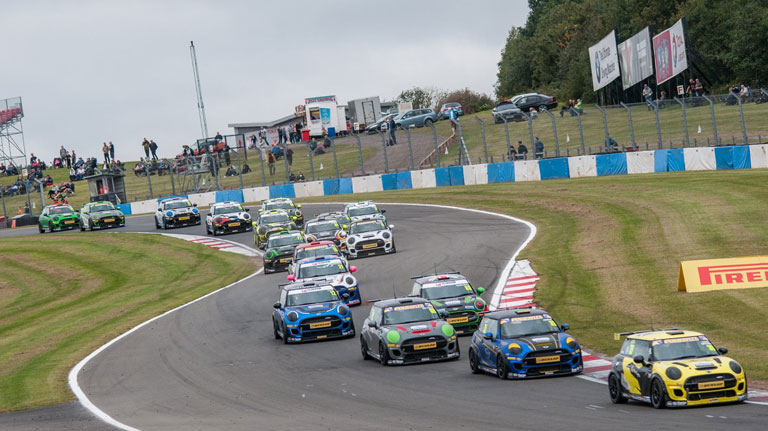 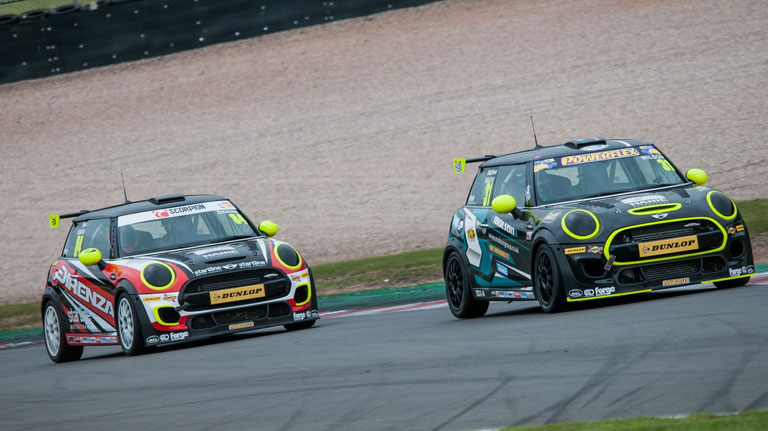