James Gornall celebrated his third MINI CHALLENGE JCW pole position of the season, despite having to overcome a mechanical issue that limited him to just half of the session.

Gornall joined the track as usual at the start of the session, but soon encountered an issue. “I accelerated and everything felt fine, but when I went to change down from fifth the gearbox just wouldn’t have it,” said Gornall, who had to tour back to the pits to get under the car to diagnose a problem with the gear linkage. “The linkage had just popped off, so we had to get that fixed, and luckily we had time to get back out and running again.”

Gornall’s first flying lap – registered with just nine minute of the session to go – was good enough for second fastest, and his second put him on pole, just edging out long-term session leader Dan Zelos. With only a few laps to run, and with most other drivers having taken the best out of their Dunlop tyres, Gornall pulled off the perfect recovery.

“I definitely didn’t expect the session to end like this, especially with the way it started!” he said. “There was a slight moment of panic, but then it was just a case of getting back out and getting on it. The tyres switch on after a lap around here so it was probably the perfect time to get a lap in. It’s great bonus points for me in the championship.”

Prior to Gornall’s arrival, Zelos looked to have pole sewn up with his early time putting him the best part of a second clear. But the pack gradually closed up, but only Gornall actually managed to better his early benchmark.

“Second is still where we need to be for the championship and the car felt really good, so I know there’s a bit more to come,” said Zelos. “The track was actually faster than it was in testing on Friday, so in hindsight I probably should have saved some tyres for a late run when it was at its fastest, but I’m happy with P2.”

Max Bird celebrated his best qualifying of the season with a fine run to third. “I’ve been trying some different lines and they seem to be paying off, plus I’ve found a lot of confidence in the car and it’s all helping me move forward,” said Bird. “Hopefully I can keep this momentum up for the races on Sunday.”

Lewis Brown will start on row two after a strong session, but felt he could have gotten higher up the order had it not been for a lack of grip at the rear. “I was just sliding a lot, and maybe had too much on the front end,” he said. “I think we’ll look at the setup before Sunday to see if we can even that out.”

Nathan Harrison was a slightly disappointed fifth, and left scratching his head about a mysterious power issue. “The engine just sounded a bit flat – it didn’t have the usual grunt,” he said. “In terms of setup the car felt fine, but I think we’ll have a check under the bonnet to make sure everything’s ok with the turbo and the pressures. Still, I can fight from row three, so I’m not overly worried.”

Ben Palmer’s session was afflicted by a late oil leak, which cost him track time during the vital final laps. He will start sixth. James Loukes was seventh fastest, ahead of Lee Pattison and Rory Cuff, while Tom Rawlings rounded out the top 10. 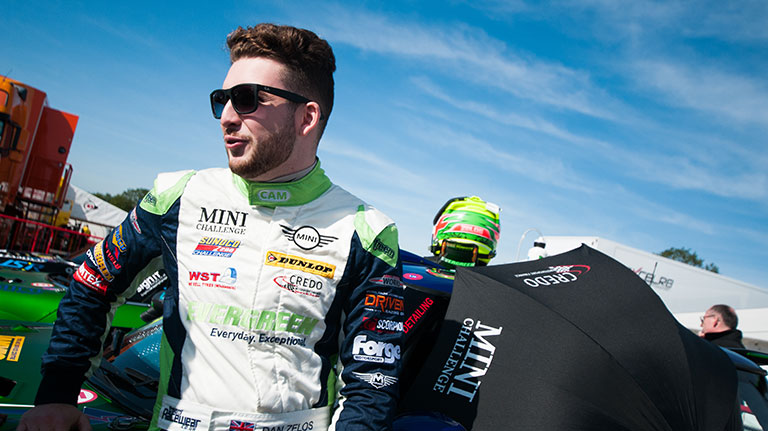 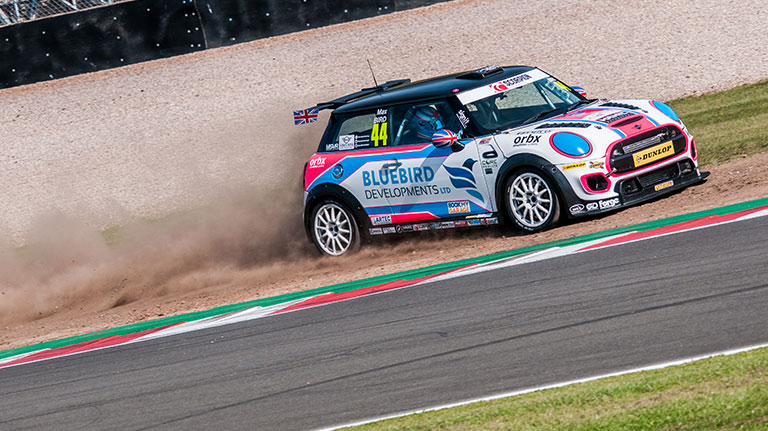 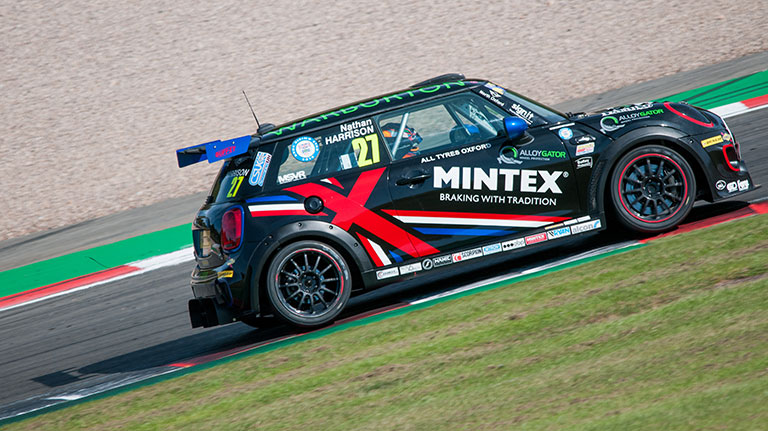