James Gornall became the first four-time winner of this year’s MINI CHALLENGE JCW championship after being handed a surprise lead when the top two both hit trouble late in the second outing at the Brands Hatch Grand Prix Circuit.

Gornall moved back to the top of the winners’ table after the result, with his fourth moving him clear of both championship leader Nathan Harrison and Ben Palmer, who are both tied on a hat trick of victories so far this term.

But Gornall’s triumph wasn’t without its fortune as long-time race leader James Loukes and the chasing Palmer collided at Graham Hill Bend on the penultimate lap, costing them both a chance of victory.

The top 10 were reversed for the final outing in Kent, with Max Bird inheriting pole position ahead of Loukes, Richard Newman and Rory Cuff, with race one’s top two of Dan Zelos and Harrison with it all to do starting back on row five.

When the lights went out Bird got a good start to lead the pack as Loukes slotted in behind, with Cuff, Palmer, Gornall and Newman all in tow. Cuff then made a brave move on the brakes to sneak inside Loukes into Paddock, before Loukes fought back out of Druids. There was slight contact at Graham Hill Bend, which sent Cuff into a spin. Loukes managed to continue to chase Bird as a train began to form behind the leader.

Loukes shadowed Bird, and made his move into Paddock Hill Bend on lap four, diving up the inside for the lead. That started a lap of trouble for Bird, as a mistake out of Sheene Curve cost him momentum and he was swallowed up by both Palmer and Gornall out of Stirling Bend before being shuffled back to fifth by the end of the tour.

Up front, Loukes had settled into a rhythm and led the race confidently despite constant pressure from Palmer, Gornall and now fourth-placed Lee Pattison. The top two were allowed some breathing space after Pattison forced Gornall into an error out of Graham Hill and the championship challenger had to defend hard to hold on to his rostrum place, but then came the flashpoint of the race.

Starting the penultimate lap, Palmer tried to undercut Loukes at the Druids hairpin, getting alongside on the outside on the run down to Graham Hill. Palmer kept his foot in, sizing up a move around the outside, but Loukes unknowingly moved across to try and take the racing line. There was contact and both cars skated off the track in unison.

The net result was Gornall was through, with just a lap to go to hold off Pattison.

“That was really bizarre, but I could see the trouble brewing in front of me, so I had a feeling something was going to happen,” said Gornall. “It was getting quite feisty between them because they were so close, so I was trying to bide my time but Lee was making life really hard for me and I made a silly mistake which put him right on me and cost me time to the leaders. But it’s a great result and the car definitely felt better in that race… looks like the changes to the flux capacitor really paid off…”

Pattison was happy with second, adding: “I’m happy to be much closer to the top boys in that one, but we’re still missing a bit of pace. I made some changes to get a bit more grunt at the low end, and that seemed to work a bit better. But two podiums this weekend is really great.”

Championship leader Harrison completed the top three, having worked his way past Bird in the closing stages. “It’s another podium and more points in the championship and, to be honest, I didn’t even think I’d be in the top three – I told the team before the race I would be happy with a top five! Obviously we got a bit lucky, but with James getting the win this result helps to limit the damage in the points as it’s really clear this is going to be a very close-run championship.”

Zelos was fourth ahead of Bird, who finally came home in fifth after a fine fighting display. But things weren’t straightforward for Zelos, who complained of fuel surge cutting his engine around the GP loop, admitting he couldn’t quite find the edge to work his way into the top three, despite a few late looks at Harrison’s bumper.

Harry Gooding took sixth ahead of Newman, who drove brilliantly to soak up pressure from a train of cars keen to depose him early on. While he did cede places to Harrison, Zelos and Gooding, he still held off the recovering Palmer, Lewis Brown, Kenan Dole, Lewis Galer and a disappointed Loukes, who fought back to 12th at the flag.

Note: The results from this round will remain provisional pending appeal and/or investigation. 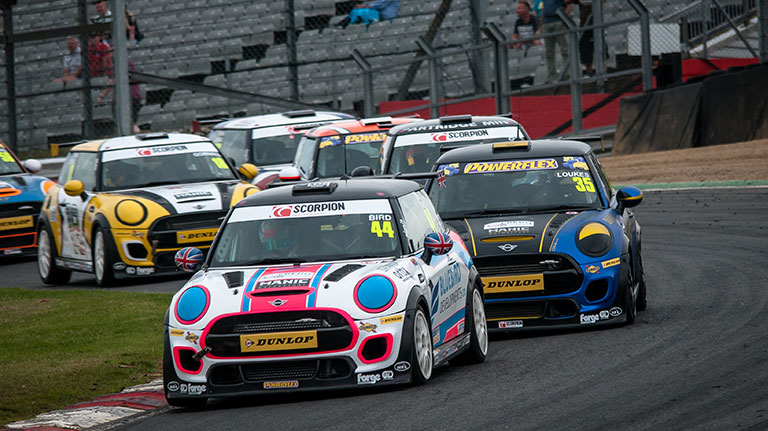 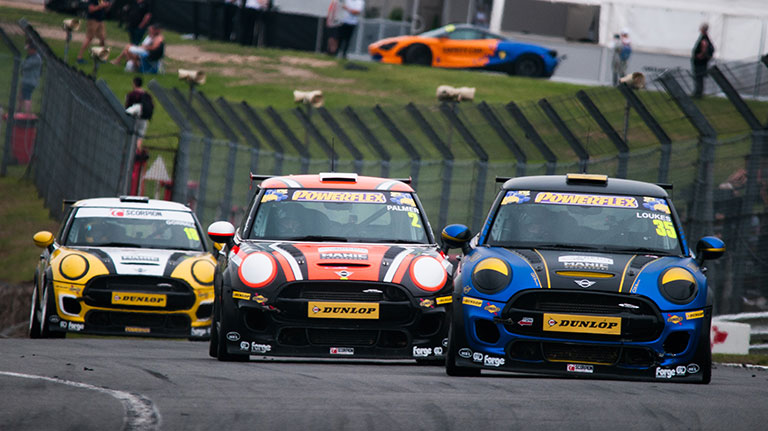 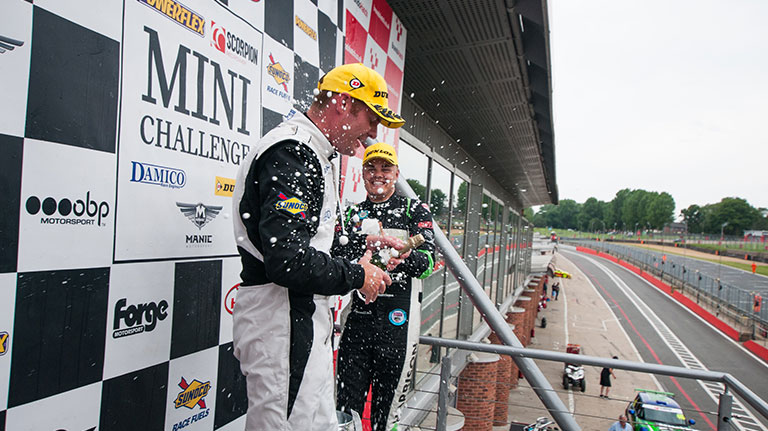 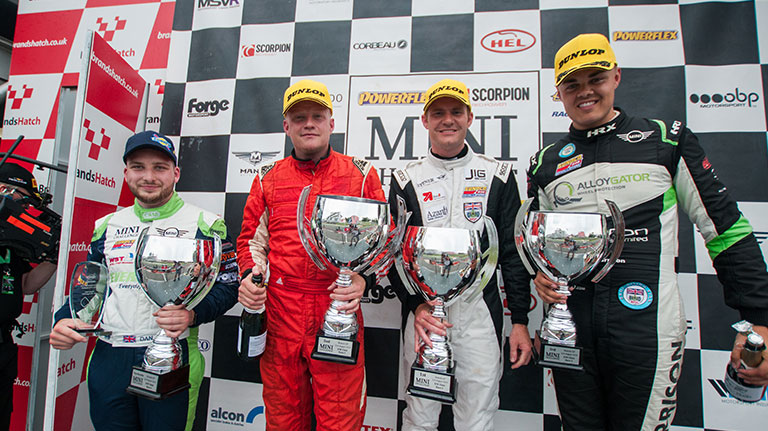