Dan Zelos secured his third MINI CHALLENGE JCW pole position of the season after coming out on top of a tight session around the Brands Hatch Grand Prix Circuit this morning.

Coming into the sixth round of the season the MINI UK racer was already on a high following his trio of podium places last time out around the Kent venue’s Indy Circuit. And he carried that form onto the longer 2.4-mile GP loop.

Zelos was in the mix for pole from the very start of the session, as he traded the top time with championship rivals James Gornall and Nathan Harrison early on. Zelos then found a clear lap mid-way through the session to pump in a time good enough to see off the competition.

“That session was a real eye-opener,” said Zelos. “I had a day of running on this track on Thursday, but it was quite slow with traffic, and when you actually get out around the back flat-out in one of these JCWs it really is pretty quick. I think we had the car set up a bit looser at the rear than I’d like, so I had a few twitchy moments through the fast stuff ­– I think at one point I held my breath for about 40 seconds trying to keep it all together. It was pretty hairy, but clearly it was quick and I’m buzzing to have another pole in the bag. Hopefully I can translate it into a win this time.”

Harrison was second fastest, just 0.056s shy of Zelos’s benchmark, but felt he could have had a shot at top spot. “I was three tenths up on my fastest lap, and then some yellow flags came out at Surtees so that ruined that,” he said. “But it’s a front-row lockout for the team and we have to be happy with that. Overall I think I have a good race car under me for tomorrow. Problem is I think Dan has one, too!”

James Loukes put in a great run to go third fastest, cementing his best qualifying result in the JCWs, while Lee Pattison will start fourth on the grid.

Things were less clear cut for title challenger Gornall, who was left mystified by his 1.130s deficit to Zelos. “I have no idea where that time difference is coming from, I really need to go and look through the data I think,” he mused. “I made a mistake early on and ran through the gravel at Paddock Hill Bend, and after that I perhaps felt an issue in the car that we need to look at. But we’ll see what tomorrow brings.”

James Macintyre was sixth fastest, ahead of Harry Gooding and Richard Newman in eighth, who finally broke his qualifying jinx to start inside the top 10 with his best JCW qualifying yet. He credited a breakthrough with brake setup for the improvement.

Tom Rawlings was ninth, ahead of Rory Cuff – a podium finisher last time out – Brad Hutchison and a disappointed Ben Palmer, who could only manage 12th. “I’m a bit surprised to be honest,” said Palmer. “It felt pretty quick, but clearly it wasn’t. I haven’t been around here for three years, so perhaps I’ve got some studying to do tonight.”

It was also a disappointing session for Lewis Brown, who was forced to pit with overheating issues and a loss of power on the first lap. The Lawrence Davey Racing team fought against the clock to fix his stricken car, and Brown did get back out, but the issue left him hamstrung in 24th, and last, place. 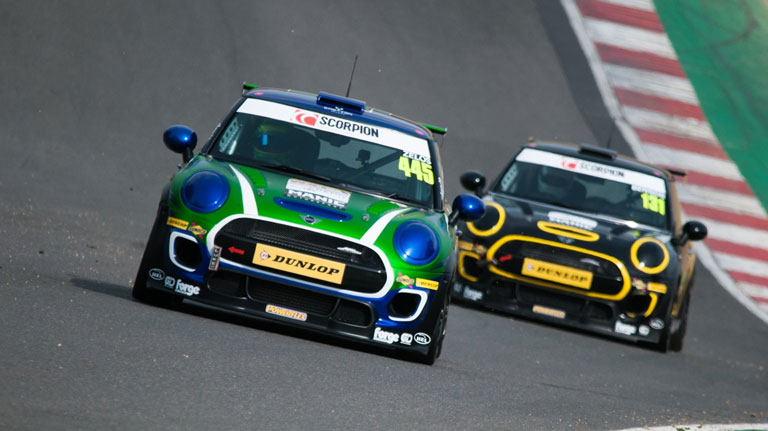 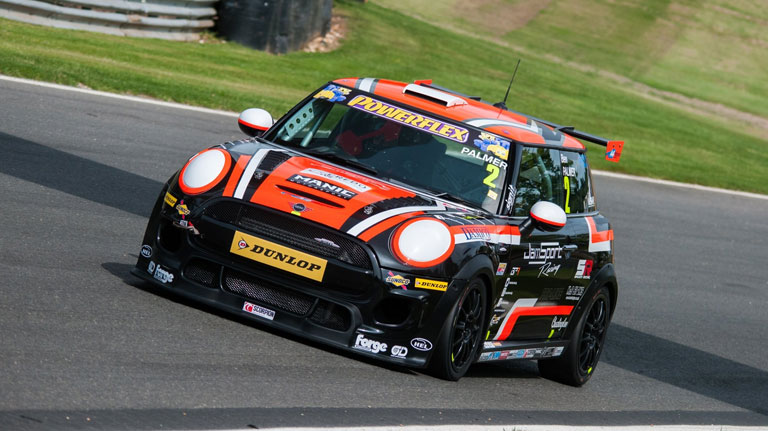 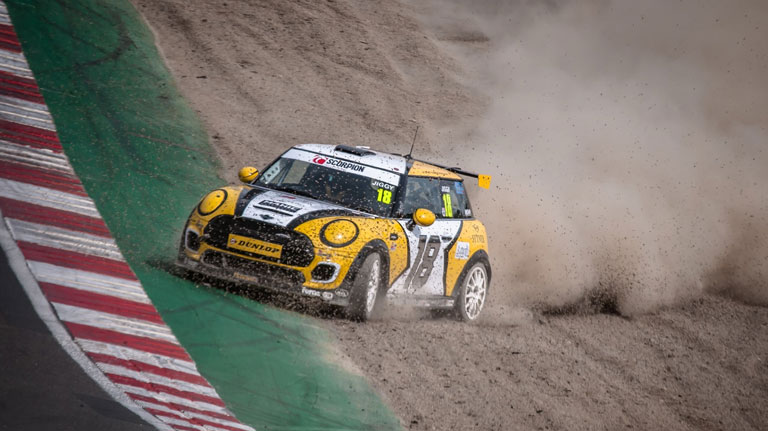