Is it going to rain? Is there as a dry line? Slicks? A drying track just before 11 at the start of qualifying. The Cooper class did not have a big choice, they are on Dunlop Direzza or full wets. The Pro class have the option of using slicks. Most cars got 13 laps in their allotted time. Despite 2 Red flags. Fastest was Toby Goodman. Robbie Dalgleish, Sunoco Challenge leader, left it until his last flying lap to put in a good time. The red flag hold making him very nervous. Lydia Walmsley carried on where she left off at Oulton Park with P3, closely followed by Lydia Walmsley. Martin Poole just did not seem to be up for it and ended on P5.

In the Cooper class, Lee Pearce was bang on form with P1, followed by Josh Porter and class leader Paul Manning. Lawrence Harris was a solid P4. All drivers hoping for a dryer track later on in the afternoon for the first race.

A race of 2 halves. 4 laps, Yellow flag and Safety Car for 7 laps, sprint for 2 laps, chequered flag. The front of the Pro Class grid all got away well with Toby Goodman into Paddock bend first, followed by Robbie Dalgleish and Lydia Walmsley. They stayed that way until the end of the race. The yellow flag and safety car was deployed when an unfortunate Andy Ringland went straight on at Paddock bend. Thankfully he was OK. As he went into the gravel straight on, a lot of speed was taken off, but his car suffered frontal damage. Mad4Mini who run Andy, will have a lot to do overnight to get the car ready for Sunday’s race.  Martin Poole did not have any time to improve on his grid position. Playing his usual strategy of leaving until the last 3 or 4 laps did not pay off with the Safety Car.

The Cooper class had Lee Pearce out in front followed by Josh Porter with Lawrence Harris getting the better of Paul Manning. A great shame that the Safety car was out for so long, but, keeping competitors and the Orange Army Safe is No 1.

How they started Race 1 was more or less how they started Race 2. This time Robbie Dalgleish was into Paddock Bend first, closely followed by Toby Goodman, Morgan Wroot keeping with them but started to fall back gradually letting the cars by until he was down in P7. Lydia Walmsley and Hannah Chapman were having a great battle. Lydia managing to hold onto P4 as Martin Poole pushed his way through to a superb P2. He was having a great race-long battle with Toby.

In the Cooper Class, Lee Pearce was in his usual dominant form fending off all comers. Josh Porter and Josh Martin kept on his toes. Paul Manning kept up his consistency and had a solid P4 in class by the time the chequered flag came down. Lawrence Harris was subsequently disqualified for failing post-race scrutineering.

What a race to round the weekend off. Reverse grids always liven the race up a bit. Dominic Wheatly on pole alongside Hannah Chapman, with Lydia Walmsley, tucked in behind him. Cooper Class had Mark Cornell and Adrian Norman on their front row.

Lights out into Paddock we go. Dominic leads for 3 laps and showed great skill in leading and soaking the pressure from behind. Hannah started off well in P2 but gradually lost places to the charging of Toby Goodman and Robbie Dalgleish.  Martin Poole was, as usual, leaving it until the last few laps to start his charge through to take a superb P2, the 2nd of the meeting. Alex Nevill was P5 up from P10 to some positives for the weekend. He also took the fastest lap of the weekend and collected a Sunoco award to add to his growing collection. Hannah got a 10-second penalty for being out of position at the start, dropping her down 3 places

In the Cooper class, Lee Pearce rounded off a superb weekend, dispatching Adrian Norman and Mark Cornell on his way to yet another Class win. Josh Porter, bang on form followed him through the field along with Josh Martin and Paul Manning. Adrian and Mark followed behind and Andy Ringland, with his new green bonnet, got his Mojo back.

What a race to watch as the sun came down on another MINI Festival. 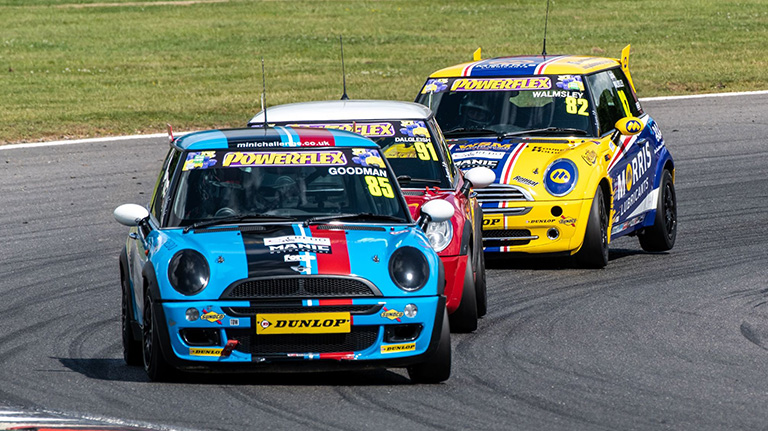 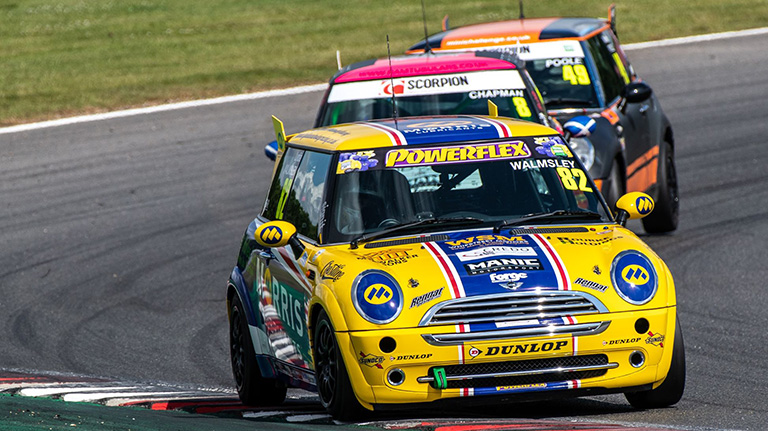 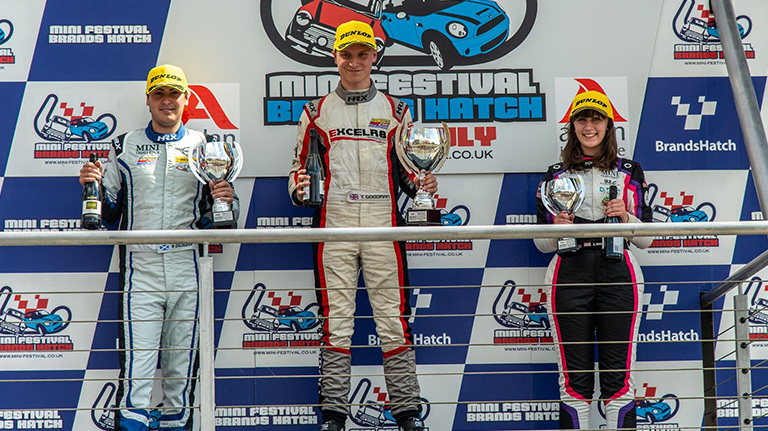 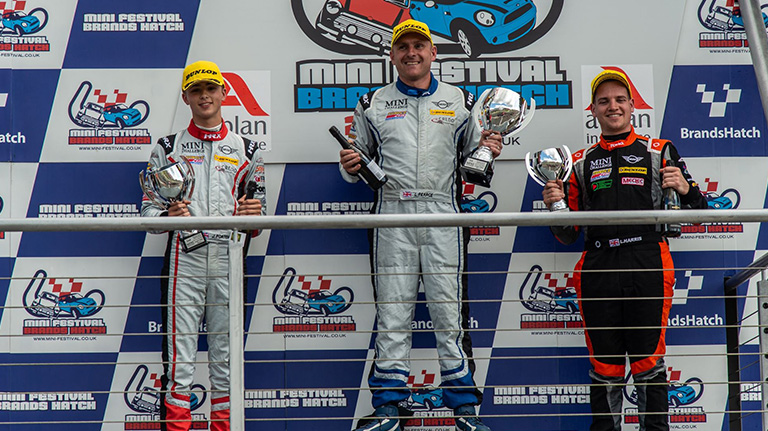