Dan Zelos secured his second MINI CHALLENGE JCW pole position of the season after a well-timed tyre switch during an unpredictable qualifying session at Brands Hatch on Saturday morning.

With the JCW combatants facing their toughest test of the year so far, with three races headlining this weekend’s MINI Festival at the world-famous Kent circuit, qualifying would be key to setting up any driver’s bid for a bumper triple points haul.

A heavy rain shower drenched the track just before the field headed out, putting everybody on full-wet Dunlops. In that configuration, Ben Palmer set the early pace ahead of Rory Cuff, James Gornall, the returning Calum King and Zelos.

But the order was turned on its head when William Newnham went off at Druids, summoning the red flags. The break in the session allowed the sun to creep out and begin drying the track, leading to differing tyre strategies up and down the field.

It was far from a fully dry line when the session resumed with six minutes to run, but it was also far from the full-wet conditions at the start. Zelos ditched his fresh wet tyres in favour of a more grippy scrubbed set. Still with enough tread to clear water, but not enough excess to risk them overheating. Zelos swiftly grabbed pole, and then further improved his time to snatch top spot for the first time since the season opener at Oulton Park back in April.

“The red flag really helped me actually,” said Zelos. “The car didn’t feel right on the fresh wets, I just didn’t have the bite on the front and it felt a bit vague, so we opted for the worn wets for the restart and it transformed the handling – I could brake later and get on the throttle earlier. It was great. Obviously, pole position will be a big factor this weekend, so hopefully I can go for that first win from here.”

Palmer will start second, having finished just 0.117s behind Zelos, while Cuff retained third spot ahead of former championship leader James Gornall, who wasn’t keen on the way his car was working.

“It felt like a bag of nails,” he said bluntly. “We probably left too much of a dry setup on it and it was all over the place. It wouldn’t turn in, then it would try to oversteer and I just couldn’t get on the throttle. I got about one good lap, and thank goodness I got that!”

And Gornall wasn’t the only one with issues. Having snatched the championship lead last time out at Donington Park, Nathan Harrison had a difficult session. He spent the entire first half mired outside the top 10, until he followed team-mate Zelos’s strategy of taking used wets at the red flag break.

“I really needed the stoppage,” he said. “The car was just moving about everywhere, with the tyres rolling on the tread blocks, so fresh wets really wasn’t the way to go in that session. It was much better on the worn rubber, and I can definitely fight from fifth.”

Scotsman King returned to the JCW field with new team MPH Racing this weekend. He will start sixth after a strong session. “I felt I couldn’t improve on the time I had on the full wets, so I decided to bolt slicks on for the restart, even if I only got the really use them for the final minute!” he said. “I’m feeling good about this weekend, so hopefully we can move forward from sixth.”

Lewis Brown was seventh fastest for Lawrence Davey Racing, ahead of Harry Gooding, James Macintyre, with Jack Davidson rounding out the top 10. 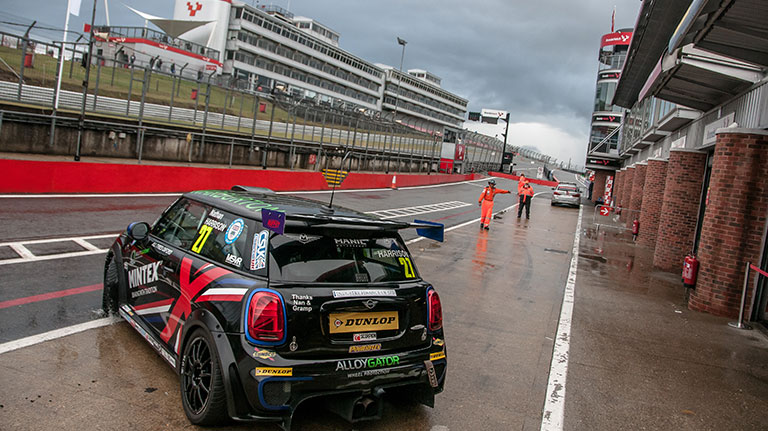 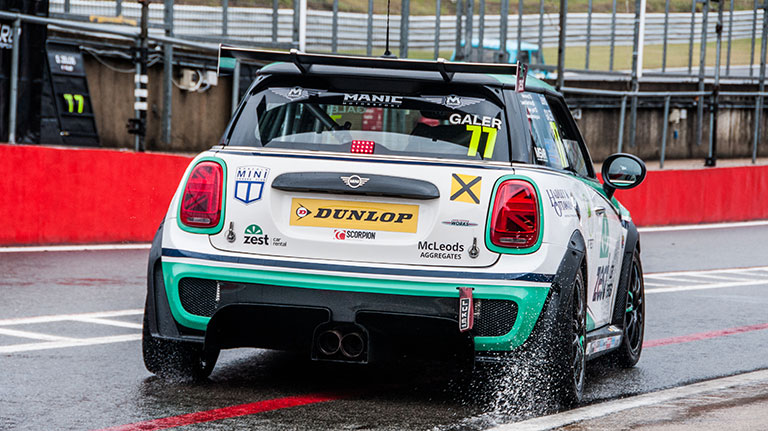 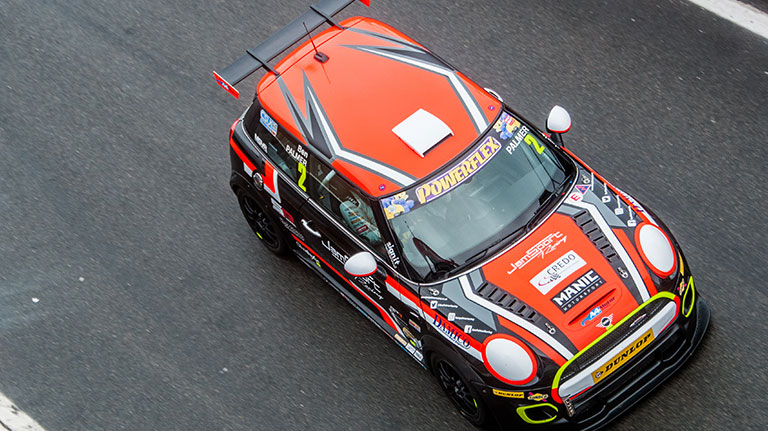