Nathan Harrison demonstrated a cool head under pressure to secure his first MINI CHALLENGE JCW win of the season after holding off race-long pressure from championship leader James Gornall.

After his star turn in qualifying on Saturday, Harrison controlled the pace from the moment the lights went out to the fall of the chequered flag, but it was rarely comfortable of straightforward for the MINI UK VIP Team driver.

Harrison got a good start to defend from both Gornall and Dan Zelos as the pack headed down the Craner Curves in grid order. That set the tone for what would be a tight and unpredictable encounter for the top three drivers.

Each driver fared slightly better than his rivals in different parts of the track, meaning it became a game of cat-and-mouse for the lead. Zelos would pile the pressure onto Gornall for second through the first sector, while Gornall would in-turn close up on Harrison through sector two, before Harrison would edge clear again on the final part of the lap.

The battle was briefly subdued when the cars of Lewis Galer and Kenan Dole came to grief out on circuit and the safety car was required for a brief clear up.

Harrison worked his tyres well during the slow lap, and got a strong restart as Gornall was sucked back into the fight with Zelos. Ultimately, the top three held station to the finish to give Harrison his first win of the season.

“Clearly Donington is good to me as I won here in 2016 and 2018, so hopefully I can kick on from here and grab some more,” said Harrison. “That race was tough, but I always felt like I had things under control. I tried to back James up into Dan, hoping it would get me a gap and take some of the pressure off, and it worked to a point, but he was always able to get right back up with me. But it feels good to win again.”

Gornall added: “Fair play to Nathan, he drove a great race, but I was half on the attack at him and half on the defence with Dan because he was really close. I think my front tyres suffered in the middle of the race, but then they came back to me towards the end and I was gearing up for one final attack but my gearbox missed a change out of the hairpin and that was just enough to give him the final gap. Still, it’s another podium and really good points.”

Zelos added: “I’m happy with third, but there was a point where I thought I could get past James, but I was getting a bit of fuel surge toward the end down the Craners, which is the worst part of this track to have that, so that was a bit unsettling!”

Behind the top three, Jac Maybin put in a consistent run to take fourth, having escaped a hairy moment when Lee Pattison had a huge lock up into the Melbourne Hairpin when challenging him for the place early on. Pattison held the huge sideways slide, but would eventually retire when some gravel got into the engine bay and dislodged a belt.

Lewis Brown got over his qualifying setup issues to take a fine fifth, ahead of a disappointed Ben Palmer, whose experiments with setup didn’t deliver higher than sixth this time.

Rory Cuff was seventh, ahead of Tom Rawlings, Matthew Wilson and Harry Gooding. Jack Davidson would have been in the mix for the top 10, but was forced into retirement when his driveshaft broke. 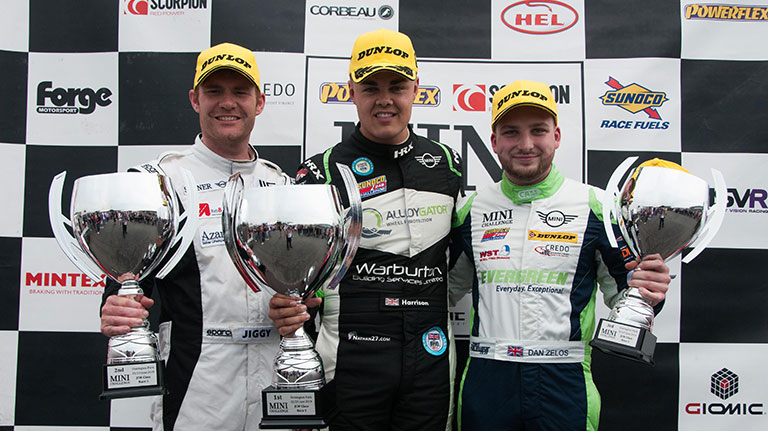 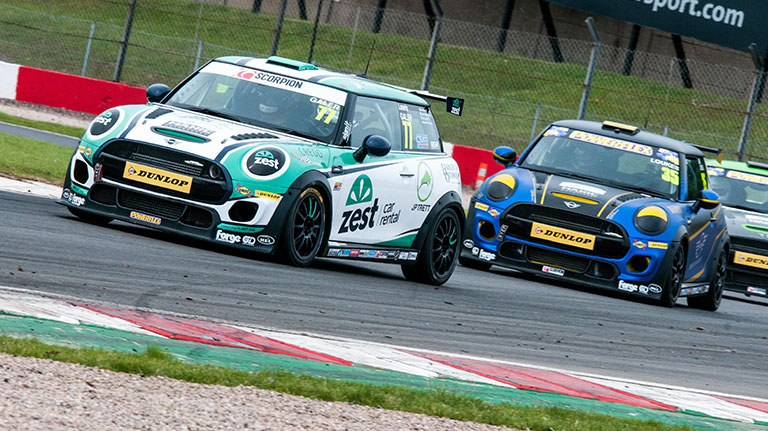 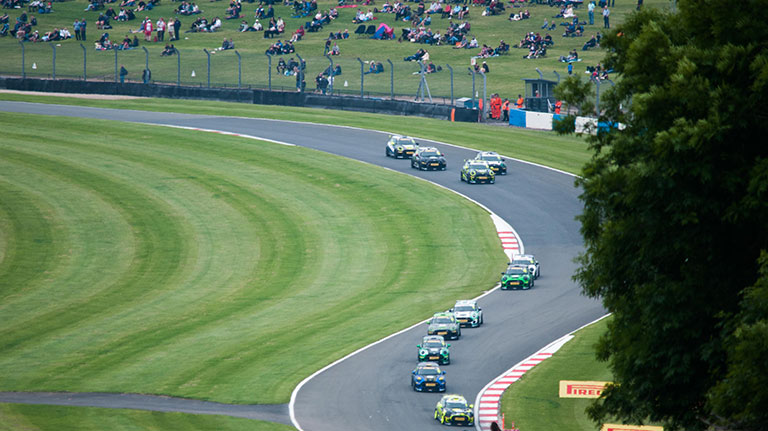