COOPER CLASS ROUND 2 AT OULTON PARK

An early start after overnight rain. The track was dry and 28 cars were ready to pedal to the metal. With the S class, Pro and Cooper Class cars all racing together, just like the “Old Days”.

Some of the cars had been out on the track day held on Friday, setups were all fine-tuned. The others still had to find their sweet spot. One lap and cold tyres followed by the safety car coming out. The First quick lap had Simon Walton on Pole Position. His debut in the 2019 MINI CHALLENGE followed by Rob Austin and Steve Williams in the S class. Pro Class was lead by Dominic Wheatley, new to the MINI CHALLENGE, followed by the experienced James Goodall, Cooper Class had Adrian Norman in the lead. At the end of qualifying all the cars made it safely to the paddock. Danial Butcher-Lord with pole position alongside Rob Austin. In the Pro Class, Toby Goodman was alongside Robbie Dalgleish, with times that were quicker than the slowest S class cars. In the Cooper Class, Josh Porter was alongside Lee Pearce. The grid was formed into the 3 classes. With the track length being 2.7 miles lapping should not be an issue!

11.20 was the start of their first race. As expected, the race was about the 3 classes and their respective leaders. Daniel Butcher-Lord was well away with Rob Austin close behind but unable to real him in or worry him into a mistake. Alan Lee followed behind with Sami Bowler stuck to his bumper. In the Pro Class, Toby Goodman and Robbie Dalgleish were having a great race, a repeat of the action seen at Snetterton. Simon Walton and James Goodall were close behind with James Hilary getting between them. In the Cooper Class, Lee Pearce, Josh Porter and Paul Manning were having a great battle. The 4th lap started well with Sami Bowler getting past Alan Lee, no easy task. Toby was keeping Robbie at bay, just being glued together in a spectacular style. Lee Pearce led the Cooper pack into the Shell Oils hairpin and there it happened. Josh Porter was off into the barriers causing an instant Red Flag. The barrier was badly damaged, along with Josh’s immaculate Excelr8 car, Josh was clearly shaken up but was OK thank goodness, he also had the fastest lap in class. The race was not restarted due to the severity of the barrier damage. In fact, the Shell Oils section was put out of action for the rest of the meeting.

With the next race due to start at 16.30, time to wash, fettle and straighten all the cars. Excelr8 had lots to do, as did Mad4Mini and AReeve Motorsport. It also started raining heavily. Just as well the race was stopped with 2/3rd of the field on slicks! That would have an interesting pit lane.

The good news was it had stopped raining. Slicks for the S and Pro classes. With all 28 cars raring to go.

What a race. It was over 8 laps on the Island circuit. The “girls did good”. Sami Bowler in the S class and Lydia Walmsley in the Pro class both had drawn pole position for the final race. Sami did well, she led for over half the race. Daniel Butcher-Lord and Rob Austin finally getting in front on the 5th lap. Lydia did much the same but with Toby Goodman and Robbie Dalgleish passing on the 5th lap. In the Cooper class, Lee Pearce and Paul Manning were having a great race, this class, in fact, was the most exciting to watch. Excelr8 had repaired Josh Porter’s car. It looked great from a distance.  Josh Martin ended up in P3 with his first podium, Andy Ringland finished P2 after a strong race with eventual class winner Paul Manning, Paul also had the fastest lap in class. Daniel and Toby also getting the fastest laps in their respective classes.

The end of race Podiums was a joy to watch. Anthony Williams, MINI CHALLENGE promoter presented the trophies and bottles of bubbly. Anthony avoided getting sprayed with Fiz from the rather excited girls and the rest of the podiums. A rather good way to finish a most enjoyable day racing with all cars starting all races and all finished.

Brands Hatch MINI Festival up next! 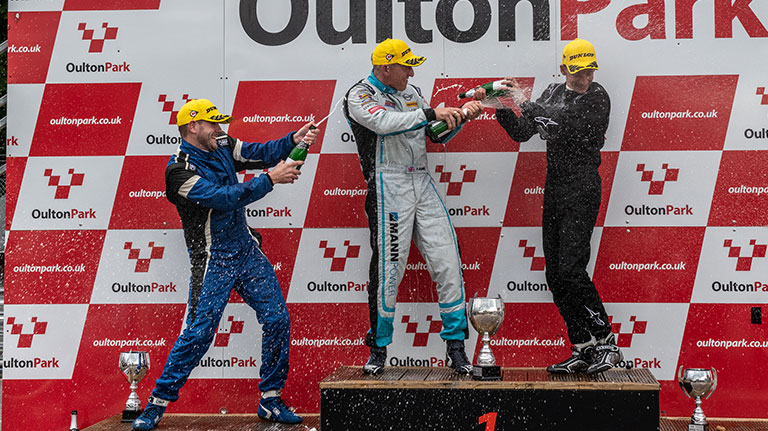 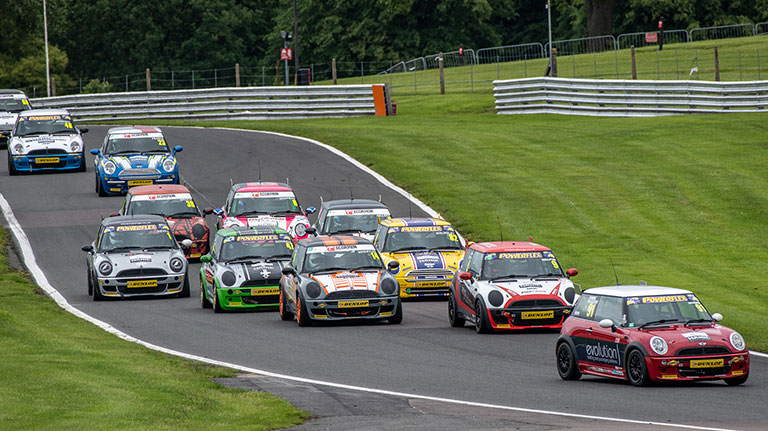 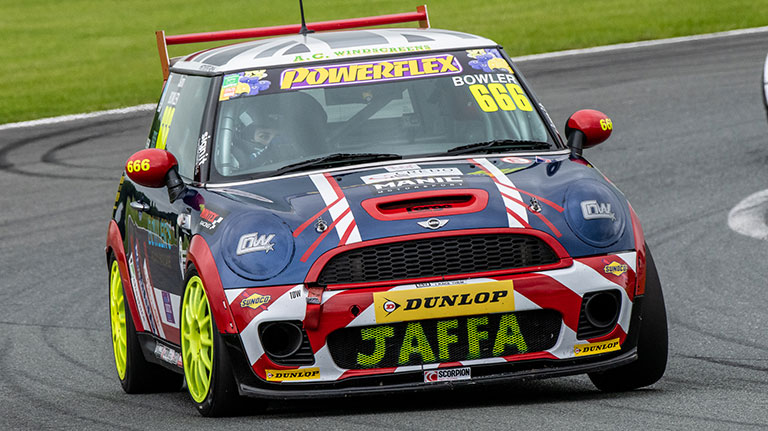